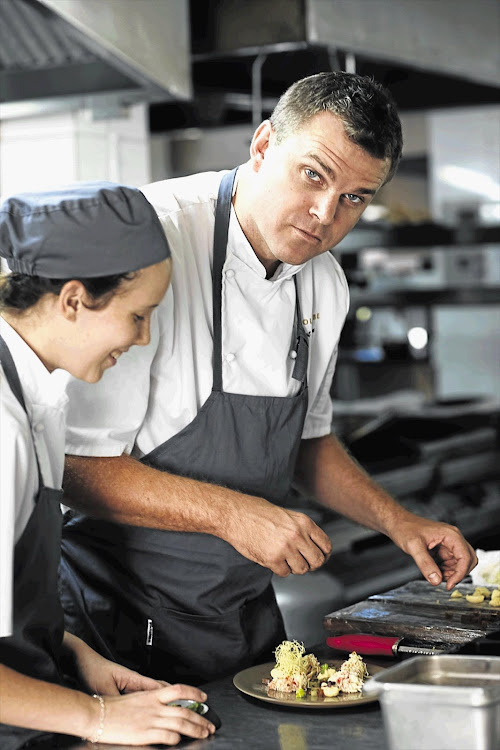 Cape Town’s La Colombe restaurant has been ranked in 7th place in the Top 10 Travelers’ Choice Restaurants in the World.

The restaurant‚ with its contemporary cuisine incorporating local seasonal ingredients with French flair and subtle Asian influences‚ is the only restaurant in Africa to be selected.

The Travelers' Choice awards for the best fine dining restaurants around the world were announced by TripAdvisor‚ the world’s largest travel site with more than 535 million reviews.

“La Colombe has consistently received world-wide acclaim and our passionate team is extremely proud to be recognised amongst the top restaurants in the world‚” enthused chef proprietor Scot Kirton.

This year's awards recognised nearly 400 fine dining restaurants‚ including the Top 25 in the World‚ plus dedicated lists for Asia‚ Europe‚ India‚ Canada‚ Mexico‚ Australia‚ South America‚ South Pacific‚ the UK and the US.

Cape Town, a private game reserve and the country itself got honourable mentions in Condé Nast Traveller's Travel Awards 2017
Lifestyle
3 years ago

It's official: SA's best steakhouse is in Cape Town

A debut entry took top honours in the 2017 Wolftrap Steakhouse Championships.
Lifestyle
3 years ago
Next Article