Want to shag a celeb? Avatars let you have sex with anyone, well ... virtually 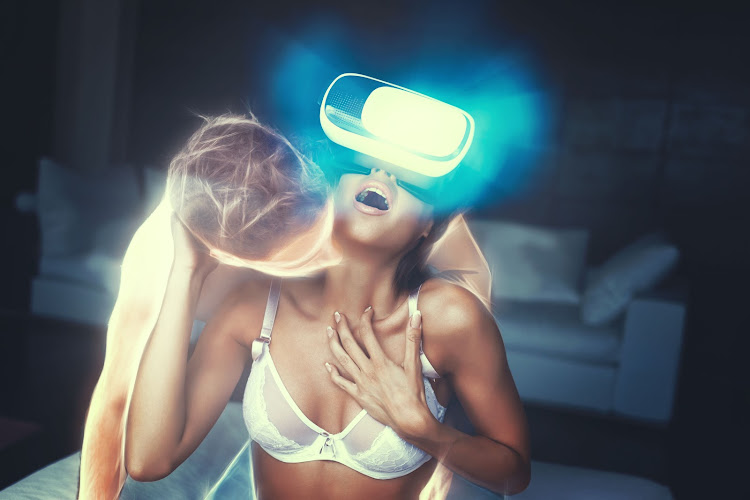 Never mind quantum computing, artificial intelligence, blockchain, and 3-D printing, sex-tech is where real innovation is happening. According to the Guardian, sex-tech is a $30bn (R437bn) industry growing at 30% a year, potentially outpacing sectors like drone manufacturing, the Internet of Things and cryptocurrency.

And with technology doubling in speed, capability and capacity as quickly as every nine months, things are getting pretty interesting.

Pornographic film production began almost immediately after the invention of the motion picture in 1895. Telephone sex exploded in the 1980s. In 1998, three men applied for what became known as the teledildonics patent for the "interactive virtual control of sexual aids" that envisioned a future where remote sexual interaction would be commonplace.

"Pornographers earned their reputation as tech pioneers by getting in on the early days of many new media. They led the world to the VCR, cable television, bulletin board systems and the internet," he writes.

When it comes to sex and sexuality, it seems, human beings are constantly driven to find new ways to express themselves.

It should come as no surprise, then, that a group of randy geeks on forums like Reddit, crowdfunding platforms like Patreon and other websites, have begun making racy avatars of real people, including celebrities and exes so they can have sex with them in virtual reality. They're also selling them online to thousands of people.

Have your eye on Jessica Alba, Emma Watson or Beyoncé? This booming marketplace for 3-D models of celebrities lets users fulfil their wildest sexual fantasies. According to a report by Canadian digital media company Vice, this community of 3-D graphics hobbyists are able to make avatars of anyone who exists in real life.

Defying the constraints of physical reality, in the virtual world you can articulate the avatar into any position you want

You begin by choosing from a variety of penises and vaginas, pubic hair, breasts, tongues and belly buttons, and use a photograph of the person to generate an animated 3-D avatar of them.

Defying the constraints of physical reality, in the virtual world you can articulate the avatar into any position you want. With a VR headset like Oculus Rift or Valve Index, you have a complete immersion experience that shuts out the physical world, giving users the opportunity to move from being simply an observer to being a participant; this changes the experience of pornography massively.

Our longing to see, touch and experience each other has driven the quest for tools to draw, paint, photograph, film, and now replicate the objects of our desire, if not always our affection.

On Patreon, MeshedVR, a small indie developer, focuses on advancing character simulation. "A natural outlet of that work is a VR sex simulator!", the founders claim on the site.

These characters are brought to life by capturing and storing motion capture from off-the-shelf VR controllers. They react to the user's movements or objects they control in a realistic manner, with the aim of bringing to users the most realistic sex simulator possible.

"I use it to fulfil my sexual fantasies or replicate sexual encounters with my ex-girlfriends," one user commented on a subreddit with close to 8,000 members, dedicated to creating 3-D adult content with VaM.

Foto2Vam is a programme that uses a photograph of a person's face to automatically generate a 3-D model with the same face, which can then be used in VR.

"Foto2vam has enabled me to literally feel like I'm there again, ie getting a handjob/footjob from my ex looking at me with a smile, or having another ex ride me on the floor in reverse cowgirl in front of a mirror ... the possibilities are endless," the user said.

Another user commented that it was important to make sure they ask girlfriends to pose with a few different angles for photos that can then be imported into VaM.

"Oh, and I find it amusing to alter reality and give them boob implants, etc," he added.

Launched in 2003, Second Life is in its twilight years now, but it has a thriving kink and fetish community. These communities rely on participants' good behaviour.

The problem arises when you're creating avatars that look like someone who exists in real life and sharing them with others.

The use of technology to enhance sexual pleasure is ancient. Now advances in AI have led to more lifelike sex dolls hitting the market – but sex ...
Lifestyle
3 years ago

The avatar cannot consent to having sex. And what of spurned exes carrying on depraved and violent acts with avatars of former lovers? The legal implications for creating these models are murky.

Should you get caught up in the world of avatars, ask yourself what mark are you willing to leave on the fabric of sex history.

The lexicon of sexual orientations has already given us "demisexuality", "pansexuality" and "bicurious". But according to experts, we will soon see ...
Lifestyle
4 years ago