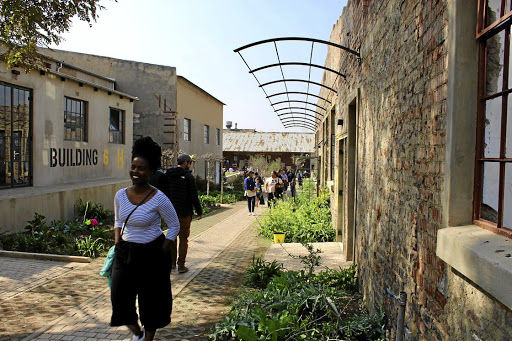 Victoria Yards recently held its official opening with its maiden First Sundays event. The previously derelict and decaying cluster of industrial buildings in Lorentzville, on the eastern edge of the Joburg CBD, has been resuscitated at the hands of Group 44's Brian Green, the developer behind 44 Stanley.

This is why you've got to check it out:

1. IT'S A PHOENIX RISEN FROM THE ASHES

Built as a laundry in the early 1900s, the property serviced the mining and cotton nappy businesses. After the latter industry declined and the area generally lost its allure, the property turned into a hub for chop shops and illegal business, falling into disrepair.

Rising once again, Victoria Yards offers a mix of studios, workshops and galleries that straddle 30,000m² to the north and south of the Jukskei River which dissects the property.

2. SUNDAY CALLS FOR A CELEBRATION

On the first Sunday of the month the studios and workshops all open their doors, performers pull in to dazzle the audience and street food vendors open their hatches.

Their market, held upstairs in an open industrial space, offers artisanal cheeses, kombucha, deli foods, spices and fresh veg from the property and surrounding producers. "Joburg is desperate for a real village market space and this is it," Brian says. 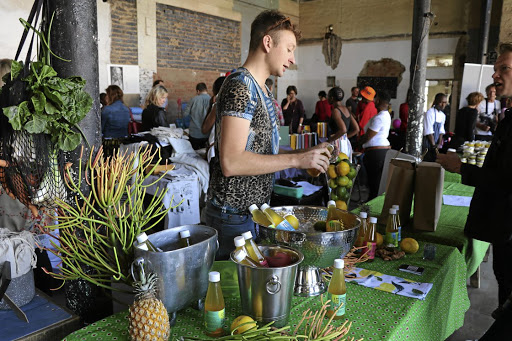 3. VICTORIA YARDS IS ALL ABOUT SOCIAL DEVELOPMENT:

Victoria Yards' owners and shareholders don't claim to be social integrators, so they work with change makers like Simon Mayson of the Makers Valley Collective, a valley that spans from Ellis Park to Bez Valley, focusing on collaborations and skills development for makers living in the catchment.

"We've opened our doors to locals first so that Victoria Yards can bring real positive change to the area," Brian explains, adding that local fresh produce merchants are offered free stall space at their weekly market.

Developers are have put the local community at the heart of their plans to rejuvenate this suburb on the eastern edges of the Johannesburg CBD, ...
Lifestyle
3 years ago

Furthermore, some of their tenants, like Stitch, a social enterprise for battered women who sew textiles, are fully subsidised.

4. IT'S HOME TO SOME TOP ARTISTS AND ARTISANS

Artists like Benon Luutaya (who himself is financing visual artists to exhibit abroad), Ayanda Mabulu, Blessing Ngobeni and Roger Ballen all create their work from here.

Highly sought-after artisans like David Krynauw have also taken up residence alongside other makers, designers, metalworkers and producers, forming a symbiotic community.

5. HERITAGE BUILDINGS HAVE BEEN GIVEN A NEW FOUND RESPECT

Rather than imposing their vision into the existing architectural structures, Group 44 has given them the lightest treatment, leaving their architectural character bare. Built in 1924 as a series of workshops and factories, the gabled façade and saw-tooth structures are all still intact. 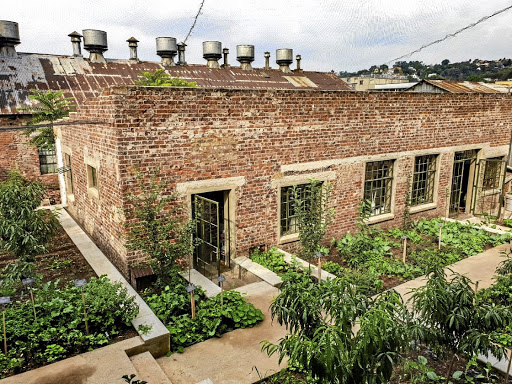 "Someone had already stripped the plaster by the time we got to it, so we looked at the detailing and used that as our guide," Brian recalls. What has been added is humble, raw and industrial.

This starts with the buildings themselves, which were given brownfield status (a term used in urban planning to describe any previously developed land that is not currently in use).

Food waste from the site - such as coffee grinds, peelings and mash from the gin distillery - is recycled to make compost for the farm. They use borehole water and fish waste to feed the plants.

Carpenter's hardwood waste is converted into charcoal, which produces rich soil, and there are owl boxes to deal with potential rat problems. "We want to reach a zero-waste status," adds Brian.

7. THE FOOD AND DRINK IS WORTH IT

You can grab a coffee at Foakes, which roasts its own by hand in small batches on site. There's a fantastic fish & chip shop, a gin distillery as well as a micro-brewery called Impi Brewery Co, which serves wood-fired pizzas and fine craft beer and serving it up alongside .

Joburg's urban landmarks don't just tell us where we are, but who we are

From its skyline to its street-level art, there's a story in every view of Johannesburg - even if it keeps changing
Lifestyle
3 years ago