Can you go back again? A lifelong love affair with Thailand is hard to get over

Is it a mistake to return to a place you loved deeply and had to leave behind? Donal Conlon finds out 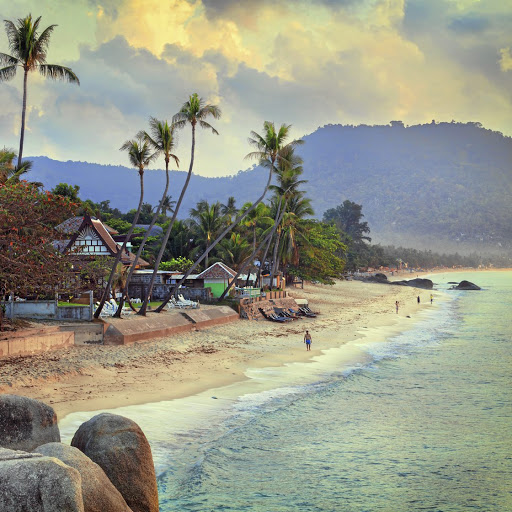 I lived in Thailand from 1973 to 1978. I didn't know where it was when I left Ireland with a rucksack. Seven months later, I arrived in Bangkok, almost penniless.

An extraordinary stroke of luck helped me find a job as a teacher, which pleased me since I'd fallen in love with Thailand on my first night.

Everything was brilliantly new: the people's courtesy and graceful gestures, their houses, their food, their customs, their religion, their philosophy of life. I was so charmed I thought I might stay forever.

While waiting to start work I asked people where I might visit, and heard about Koh Samui in the Gulf of Thailand. In the deep-sea port, I found a small cargo boat that would take me. I slept on deck and ate the same rice dishes as the five-man crew, the only passenger for the three-day trip.

In the following years, I made many more trips to the island. Come holiday time, I would get the fast bus or slow train from Nakhon Ratchasima, where I worked, to Bangkok. I would spend some days in this city with its new foods, exotic bars and behaviour I had never seen before — American GIs throwing money around, drugs and drink. There was a sense that "anything and everything goes". It was a fun and sometimes scary city.

Then I'd take the overnight sleeper train to Surat Thani, from where a ferry ran to the island. At night on the train, I'd sit by the window while the train swung left and right and the moon splashed light on my face.

In the mornings, I'd stand at the door of the slow-moving train and watch the passing scenes: water buffaloes wallowing in muddy ponds, elegant coconut trees arching in the wind, a man cycling on a narrow ridge between flooded paddy fields.

The ferry from Surat Thani was a wooden, two-deck affair, flat bottomed and top heavy. It was an eight-hour trip and at times, when the sea was rough, the boat lurched like a drunken man.

The boat tied up at the wooden pier, at the end of which was the only "travellers' hotel" on the island. It was a timbered, one-storey, tin-roofed building on stilts. There were six rooms with one bathroom: a ceramic jar with water and a squat toilet.

It was run by a Chinese family, a mom who rushed around barefoot, a boy of about 13 on my first visit, and a younger girl. The father worked in Bangkok.

Foreign travel remains tricky thanks to Covid. Luckily our country boasts a wealth of locales that can stand in for some of the world's greatest ...
Lifestyle
1 year ago

Nearby was an ugly, concrete, three-storey building which functioned as a hotel, mainly for the crews of cargo boats, and the local brothel. A few girls usually loitered around the entrance. Rooms were rented by the day or by the hour.

In Koh Samui, one hung out. There were no organised activities and few visitors — only some intrepid backpackers.

Most mornings, I'd have a noodle-soup breakfast in a tiny place beside the hotel. I'd linger, digging my bare feet in the sand. Sometimes I'd watch trained monkeys, controlled by long cords, knocking down the coconuts that were to go to Bangkok.

In the afternoons, I might take a songthaew (taxi) out to Lamai Beach, which stretched for kilometres. I never saw more than five people on the golden sands fringed by palm trees. Indeed, I was probably among the first visitors to enjoy its unspoilt beauty as the sand-and-gravel road linking the port village of Nathon to Lamai had only been completed in 1973. Previously, one had to walk the 20km or so through tricky terrain.

I left Thailand at the end of the '70s and went back more than 20 years later. I thought I should see one of my favourite spots: Koh Samui. I was aware that it had become popular but I was ignorant of how popular.

The flat-bottomed ferries were gone. Now speedboats rushed in tourists, mostly youths. The wooden pier had been replaced by a concrete one; the Chinese-owned hotel was gone and so was the brothel. The port village, with its many hotels, restaurants and travel agencies, was a noisy hive.

Lamai Beach was brasher than I could have imagined. From end to end was a string of bars, restaurants and cabins for sleeping. Even at 11am, music blared from them all. Some young Western tourists were already drunk and loud. There were many services advertised: massages, sightseeing, snorkelling, diving, palm-reading, Buddhist meditation, and more. I thought wistfully of how none of these people would ever experience the place in its pristine beauty with its background music of waves and whispering winds.

An incident on my last evening, however, made my short stay remarkable. I was wandering the village of Nathon at dusk, finding few places I remembered. Suddenly I stopped, transfixed. On a simple, tin-roofed shack I saw a door, a beautiful, solid-wood door with some Asian motifs carved into it. I recognised it immediately: the door of the Chinese hotel. 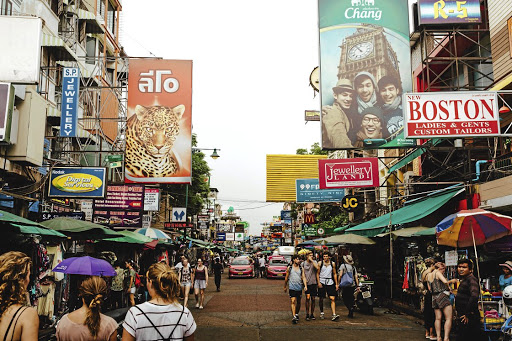 I knocked. I recognised him at once, the son, as he did me, though more than 20 years had passed. He beamed. His English hadn't improved and much of my Thai had slipped away with the years. I understood he was the only one who'd stayed. The money offered for the hotel had been too much to refuse; the family had gone to live in Bangkok. Reluctant to leave the island, he had found a job with the local electricity company. His was a modest house and salary. He didn't share in the wealth that the tourists brought but he had kept the door.

It looked incongruous on that hut but I was happy to see it again. It helped bridge the years to that simpler, innocent island.

THE BEFORE AND THE AFTER

In Bangkok, I found few traces of the places where I'd wandered. The commercialisation of sex that had started with the Vietnam War had peaked and parts of the city were full of leering Western men who drank all day and took different girls to bed each night. There was something sordid and squalid in much of the new tourism.

Years before, the dream I'd had of staying forever had turned to dust. I had left after five years, shattered by a hopeless love story.

Still, I'd needed to go back, marvelling that almost nothing remained of the places where, for years, I'd been ridiculously happy. Still, I felt gratitude. Thailand had changed me radically and put a marker on my life: a before and an after.

I recalled that, as I'd left that night long ago, I'd told myself, "You'll come back some day." So perhaps I actually went back to say, "I haven't forgotten you."

Countries by cuisine: How we turned our dinner parties into a passport

Just before lockdown, Ilse Zietsman and her friends started a world tour through food - a clever way to keep globetrotting when no-one else could
Lifestyle
1 year ago

Covid-19 has achieved what many mayors across Europe have tried and failed to do: wipe out tens of thousands of Airbnbs from city centres and help ...
Lifestyle
1 year ago

Eight intriguing objects that capture the essence of great destinations

Nick Trend has a creative way to help refine your ‘when-we-can’ plans, zooming in on individual treasures – both famous and obscure – to add to your ...
Lifestyle
1 year ago