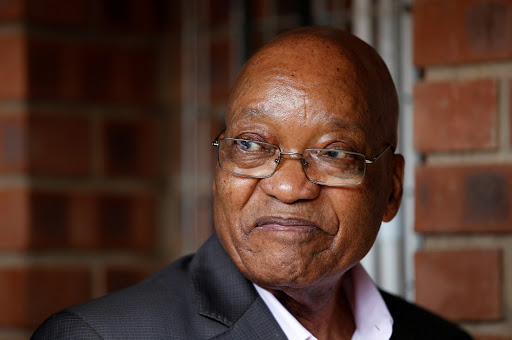 There is growing suspicion that President Jacob Zuma may want to stay as leader of the ANC.
Image: REUTERS/ROGAN WARD

A major cabinet shake-up seems imminent as details emerge of the influence of controversial figures over President Jacob Zuma.

The announcement that Nkosazana Dlamini-Zuma will be sworn in as a member of parliament has revived talk - which started soon after the failed no-confidence vote - that Zuma plans to make changes to his cabinet.

Insiders say there is an expectation that Zuma may appoint Dlamini-Zuma to the position of minister of higher education as relations with the incumbent, Blade Nzimande, were at an all-time low.

Two cabinet ministers, a deputy minister and maverick ANC MP Makhosi Khoza are living in fear after being bombarded with death threats over the past ...
News
4 years ago

It is believed the plan is for Dlamini-Zuma to be the one to announce free education at tertiary level, to win over voters. Zuma is sitting on the Heher commission report on free education that was finalised last month.

The Sunday Times can reveal that Zuma had been considering appointing Leanne Williams, a former councillor of the Patriotic Alliance in the City of Johannesburg, to a deputy minister position.

Insiders said the fact that Williams's name landed on Zuma's desk proved the growing influence ex-convicts Gayton McKenzie and Kenny Kunene have over Zuma. McKenzie is the leader of the Patriotic Alliance.

But the move was met with great resistance from within the ANC.

Williams recently resigned from the board of state-owned entity PetroSA, where she was an interim member.

The looming reshuffle is seen as part of a big fightback plan by Zuma, who is in a tight corner, facing a Constitutional Court decision on his impeachment and moves to kick-start a parliamentary inquiry into allegations of state capture. 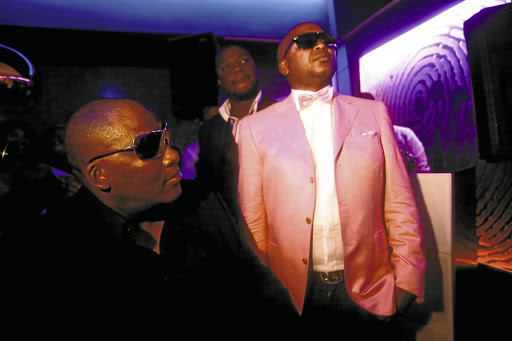 Senior ANC leaders this week said the influence McKenzie and Kunene have over Zuma was being spoken about in hushed tones in the party because the two were feared.

Senior government sources said the two were the masterminds behind the e-mails published in last week's Sunday Independent that purported to show marital infidelity on the part of Deputy President Cyril Ramaphosa.

The Sunday Times understands that so involved were the two in the leaked e-mails that a meeting between Ramaphosa aides and Sunday Independent editor Steve Motale took place at Kunene's business premises.

Ministers and senior officials of state-owned companies alleged that the two have been using their influence to seek favours.

"We know that Gayton has been having meetings with some of the ministers, but people are afraid to talk about it because they are being blackmailed," said a cabinet minister this week.

An ANC national executive committee member, who asked not to be named, said the two were "now the new Guptas".

"They have access to the big house [Mahlamba Ndlopfu]."

A number of senior ANC leaders and cabinet ministers said it was an open secret that the two were working closely with Zuma.

"Gayton has been going to Russia in recent months, either to collect information on certain people or to get some intelligence training. It is believed that him and Kenny do the dirty work for uBaba. Some ministers have been warned not to offend the two or they would be in trouble. When Gayton phones you, some of us are not sure if he is speaking on behalf of uBaba or himself."

Zweli Mkhize: a presidential candidate in his own right

Since being ditched as Cyril Ramaphosa’s running mate, Zweli Mkhize has come out as a presidential candidate in his own right, stressing that the ...
News
4 years ago

McKenzie said he had no relationship with Zuma. "As for assistance to the president, I doubt that he would even require such assistance," he said.

McKenzie said he met cabinet ministers regularly. "Ministers and politicians frequent all my restaurants. I see ministers regularly. I know them and they know me. I was born into the ANC, so the ANC is not a stranger to me. Many came to me recently to try to convince me not to go with the DA in Nelson Mandela Bay," he said.

Asked about trips to Russia, he said: "I travel extensively and have been to about 15 countries in the past two years. Most of this travel is for business, tourism or just for shopping. Last time I checked, there's no law against travel or going to Russia in particular."

Kunene had not responded to questions at the time of going to press.

Williams said she was not aware of any plans to appoint her to the executive. "I absolutely have no idea. How is that even possible if you're not an ANC member? This is news to me. I am not aware of it."

She said she was preoccupied with her business. She said McKenzie and Kunene were "people I know".

Zuma's spokesman, Bongani Ngqulunga, said: "The decision to make changes to the national executive is the prerogative of the president. The Presidency does not comment on media speculations about cabinet or national executive reshuffles."

As for talk of Dlamini-Zuma's possible return to cabinet, one of her backers, ANC North West provincial secretary Dakota Legoete, said that as "Mrs Fixit", Dlamini-Zuma would contribute to any role she was appointed to in the legislative or executive arms of government. "Whatever ministry she touches turns to a clean audit."

They masterminded
the Ramaphosa
‘infidelity’ e-mails

ANC Women's League president Bathabile Dlamini said that if Dlamini-Zuma were a man people would not question her deployment to parliament.

Asked if the league wanted Dlamini-Zuma appointed to the cabinet, Dlamini said that was up to the president - but stressed that the former minister had "performed exceptionally" in her previous portfolios.

"When she left the country, she was a minister and she was performing exceptionally ... she's also an asset of the organisation and there are many challenges that are facing our country and therefore if you have her as an MP it means we have one strong member that understands the ANC, that is accountable to the ANC, that understands democratic centralism," she said.

Kebby Maphatsoe, president of the Umkhonto weSizwe Military Veterans Association - part of the lobby that wants Dlamini-Zuma to succeed Zuma - said "it wouldn't be wrong" for her to be appointed.

"We'll appreciate wherever she is deployed, we know that she will add value. But we can't say she's going to parliament to be a minister - that's the prerogative of the president and the officials. But it wouldn't be wrong to deploy her to any position in the cabinet," he said.

A source close to Dlamini-Zuma revealed that she only discovered through the media that she was being deployed to parliament.

"She will have a discussion with the ANC about it," said the insider. Dlamini-Zuma's spokeswoman referred all questions to Luthuli House.

SACP acting spokesman Mhlekwa Nxumalo said the party would not be surprised if Nzimande was removed. "We are aware of calls from some elements within the ANC that are targeting communists. We are ready for it," said Nxumalo.

He said the Electoral Act allowed parties to amend their list once every year.

In other developments, there is growing suspicion that Zuma may want to stay as party leader, after he told the ANC top six two weeks ago that he was "the only one who can unify the ANC".

The country seems to be biding its time, waiting for December, almost as if the season of goodwill will somehow arrive bearing good tidings or at ...
Opinion & Analysis
4 years ago

While Zuma's supporters insist that they would never allow such a move, his detractors are preparing for the worst.

"He can't trust anyone. When he endorsed NDZ he was under the impression that she will protect him. Now he is paranoid. He will stand. He is even telling people he will," a senior source in the Ramaphosa campaign said this week.

A member of the NEC said they were not ruling out that possibility. "I think everyone knows the NDZ campaign is flat and so we are prepared for that eventuality," he said.

The campaign source said a third-term bid by Zuma would only help Ramaphosa's presidential ambitions.

Last Wednesday, lobbyists from Ramaphosa's campaign met with Human Settlements Minister Lindiwe Sisulu's campaign to negotiate having her as Ramaphosa's deputy on their slate.

ANC chief whip Jackson Mthembu, a staunch Ramaphosa supporter, confirmed that a decision had been taken to have Sisulu stand as Ramaphosa's deputy.

"Last week in a national meeting we agreed that Cyril will be No1 and No2 will be comrade Lindiwe Sisulu.

Our commitment is to unbiased news, not to any faction of the ANC

It ought not to come as a surprise to anyone that the final stretch in the race to succeed President Jacob Zuma as ANC leader is mired in claims of ...
Opinion & Analysis
4 years ago

Mantashe: We don't want too many ANC presidential candidates

ANC secretary general Gwede Mantashe has shot down the idea of having too many ANC presidential candidates.
Politics
4 years ago