How Treasury blocked Zuma ... and how he put fees plan back on the table 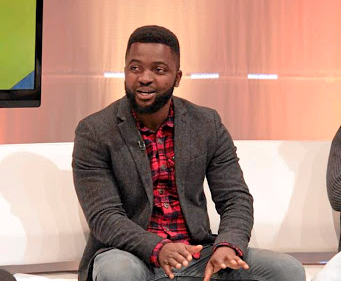 Morris Masutha, 28, presented his plan to the cabinet at a meeting hosted by Zuma.

President Jacob Zuma's budget-busting plan for free higher education set off a flurry of panic among senior government officials this week, even prompting threats by a senior National Treasury official to resign should the proposal go ahead.

The president had planned to announce the R40-billion free education plan on Tuesday last week, but held off amid warnings from officials that such a move would plunge South Africa into an economic crisis.

It also emerged this week that Zuma had initially wanted to announce the plan during his state of the nation address in February, but had been forced into a humiliating climb-down after shocked senior officials at the Treasury and in the Presidency scrambled to put the brakes on it.

"Where have you ever heard of such an important announcement being made and there being no detail on it in the budget two weeks later?" a government official involved in the process said this week.

President Jacob Zuma might be on his way out of office and cannot tell the difference between nuclear arms and nuclear energy‚ but there are still ...
Opinion & Analysis
3 years ago

Undaunted, Zuma has pushed on with the plan over the past few months, raising fears that a parallel budgeting process was being introduced - one that could be used to secure funding for the R1-trillion nuclear deal, even though South Africa is facing a ratings downgrade later this month amid concern over spiralling populist-style spending.

Michael Sachs, the Treasury's deputy director-general of budgeting, is believed to be so angry about the issue that he undertook this week to resign if the plan - drawn up by Morris Masutha, an ex-boyfriend of Zuma and Nkosazana Dlamini-Zuma's daughter Thutukile - is announced. Sachs declined to comment on Friday.

A senior government official said several meetings were held last weekend with Zuma as he wanted the Treasury to find money for the Masutha proposal.

"Dondo [Treasury Director-General Dondo Mogajane] was kept very busy running from one meeting to another. But what is clear is that Finance Minister Malusi Gigaba's mini budget is being undermined by this process," said the official.

Where have you ever heard of such an important announcement being made and there being no detail on it in the budget two weeks later?

A source said Masutha, 28, had been a constant feature at the Treasury since he presented his bold plan to the entire upper echelons of government earlier this year, at the arrangement of the president.

He is believed to have been issuing instructions using the president's name and rubbing officials up the wrong way. Working alongside him is Mpumi Mpofu, director-general of the Department of Planning, Monitoring and Evaluation, who Presidency spokesman Bongani Ngqulunga confirmed was the interministerial committee's administrative leader.

The source said: "The first time I heard of him was when, some time before [the state of the nation address], the president called his entire cabinet and directors-general to Mahlamba Ndlopfu [his Pretoria residence] to listen to this plan.

"Blade [Nzimande, the higher education and training minister at the time] said it was interesting, but referred it to the technocrats serving on the interministerial committee on higher education."

There is speculation that President Jacob Zuma might announce free higher education across the board.
Ideas
3 years ago

The Sunday Times has seen a copy of the document, titled A Presentation to the Interministerial Committee on Higher Education Funding Crisis, which was presented on January 23.

It calls for the government to announce free higher education, in line with resolutions taken at the ANC's Polokwane and Mangaung conferences, through "fully subsidised free university education for all 2017 new university entrants coming from families with a combined annual household income of up to R350,000".

The proposal was largely rejected by the interministerial committee, headed by Minister in the Presidency Jeff Radebe, because it presented a significant risk to the economy and threatened to plunge the higher education sector into further crisis as it did not accommodate students studying at technical vocational education and training institutions.

If President Jacob Zuma moved ahead with an alleged plan to announce free education across the board through a controversial funding scheme it would ...
News
3 years ago

The Sunday Times understands that the latest revised plan by Masutha, which is costed at R40-billion, includes students at technical colleges.

One senior government official told how he was shocked to see Zuma's thoughts on education in a copy of his prepared speech for the state of the nation address - lifted word for word from Masutha's document.

The source said a senior official called his counterpart in the Presidency to stop the announcement.

But the plan lived to see another day as the Treasury - just a week after Gigaba's maiden medium-term budget speech last month - was ordered by Zuma to find R40-billion to allow him to announce that the government would phase in free fully subsidised tertiary education from 2018.

This has been described by government leaders and economists as making a mockery of the budgeting process, which includes months of consultation culminating in cabinet resolutions.

"Now it's this, maybe next week it could be nuclear. One can just wake up and say I want this and there is no process to evaluate the trade-offs and implications of this thing," said a senior government source who asked not to be named.

President Jacob Zuma is still consulting government entities on how to respond to the recommendations of the Heher Commission on the funding of free ...
Politics
3 years ago

Another said the plan - which Zuma is said to have told cabinet members last week was the biggest announcement since 1994 - put the struggling economy at great risk.

"It's pure populism, and pandering to a constituency that is very active but without a plan. You are just announcing in order to influence perceptions without being serious about doing it.

"Effectively there is no budget office anymore, and the fiscal framework is in tatters."

Ngqulunga, the president's spokesman, said this week that the relevant ministers would advise Zuma on the way forward, and "as soon as the minister of finance returns from abroad the process will continue at a faster pace".

He did not respond to direct questions on Masutha, saying: "There is no individual who can override the government processes in managing such an important programme for government and the country."

Zuma has yet to release the Heher commission's report on higher education fees.

Officials insist the Treasury is not against free education.

"The right way to do this is to say let's apply our minds properly and ask what sacrifices we will have to make, whether it's lower salaries for pubic servants, a reduced defence force, or raising VAT ... let's have some process to confront the problem and the trade-offs that will have to be made," said an official. "[Now] no one knows what will happen."