From stadium to desert: SA soccer stars ready for Battle of the Sports

Teko Modise, Siyabonga Nomvethe and Matthew Booth take part in Covid-19 fundraiser – and you can help too 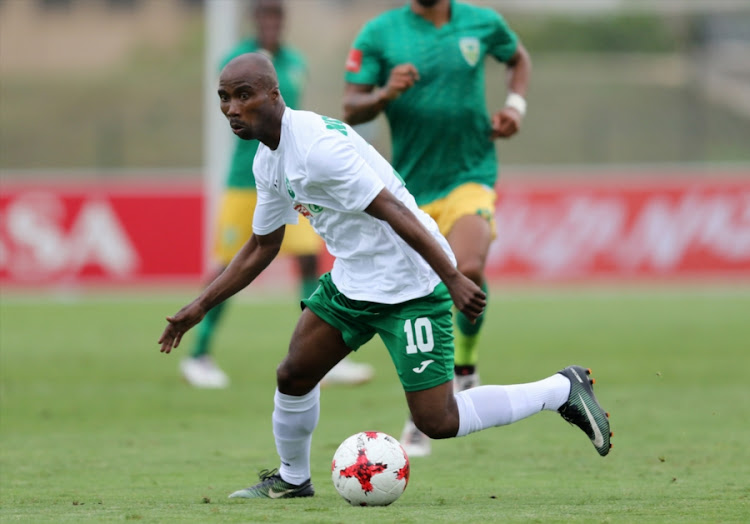 Siyabonga Nomvethe is one of the SA soccer stars competing in the BrightRock Battle of the Sports.
Image: Anesh Debiky/Gallo Images

The unforgiving conditions at Verneukpan in the heart of the Northern Cape have this month stretched Springbok and Comrades legends alike to their limits — and now it is the turn of a group of soccer stars to test their mettle in the BrightRock Battle of the Sports challenge and Covid-19 fundraiser.

Between September 28 and October 1, Bafana Bafana legends Teko Modise, Siyabonga Nomvethe and Matthew Booth will attempt the 200km endurance race against time and try to beat the blistering pace set by the rugby and running teams. Team manager Neil Tovey will oversee their progress.

Modise is regarded as one of the greatest Premier Soccer League (PSL) players of the modern era. Known as “The General” for his ability to direct play, he has won two PSL Footballer of the Year awards and six trophies, including two PSL titles, the Nedbank Cup, Telkom Knockout, the CAF Champions League and the CAF Super Cup — all while playing for Mamelodi Sundowns. He made 66 appearances for Bafana Bafana, scoring 10 goals.

“His skills as a general will definitely be tested next week,” said Tovey.

Ready for the challenge

Tovey is confident Team Soccer will do well. “The guys have been training hard and are definitely mentally ready for this challenge,” he said. “Obviously the conditions are different from anything we are used to, but they are so keen and I know they will be pushing very hard. It is in their nature: go until you can’t.

The teams competing in the challenge are driven by the great opportunity it presents to raise funds.

“It is not about just the team or the bragging rights,” said Tovey. “It’s about helping the thousands of South Africans who need support, and we will never lose sight of that important goal. If we can inspire our hundreds of thousands of soccer fans to support us and make a small donation, we will have done our job.”

The good news for Team Soccer is that expedition leader Erik Vermeulen, who fell during the previous challenge and had to withdraw, is back in the game and ready to support the team.

“We are appealing to every sports icon — national, provincial or amateurs from every sport possible — as well as ordinary citizens from all walks of life, sports fans and corporates in SA to do their own challenge of any preferred distance or simply donate to this worthy cause,” said Clive Grinaker, founder of Events to Aid, an NGO that has partnered with healthcare non-profit organisation Right to Care.

An advisory panel that comprises Prof Ian Sanne, co-founder of Right to Care and a specialist in infectious diseases; Prof Glenda Gray, president and CEO of the SA Medical Research Council; and Prof Shabir Madhi, professor of vaccinology at the University of the Witwatersrand, will help channel the funds that are raised to the areas identified for Covid-19 relief.

Film your event — you can also do more than one — and upload the footage onto the challenge's Facebook or Twitter page, or via Instagram. Use the hashtags #200kmchallenge #lovechange when posting.