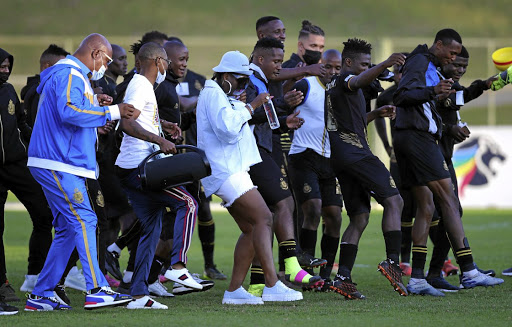 Andile Mpisane, chairperson of the club, and Shauwn Mkhize celebrate with players during the GladAfrica Championship match between University of Pretoria and Royal AM at Tuks Stadium on May 16.
Image: Samuel Shivambu/BackpagePix

Whether by design or default, extravagant entrepreneur Shauwn Mpisane has turned the Premier Soccer League into an extension of her television reality show, KwaMaMkhize.

Come hell or high water, the queen of cash and flash wants her crown, the Glad-Africa National First Division championship.

The Royal AM owner has got them by the proverbial cojones there by PSL Parktown HQ.

Never before has anyone cocked a snook at the all-powerful administration of the Iron Duke aka Irvin Khoza. With the title of Iron Lady long since snatched by Natasha Tsichlas, perhaps Shauwn will settle for Superwoman. 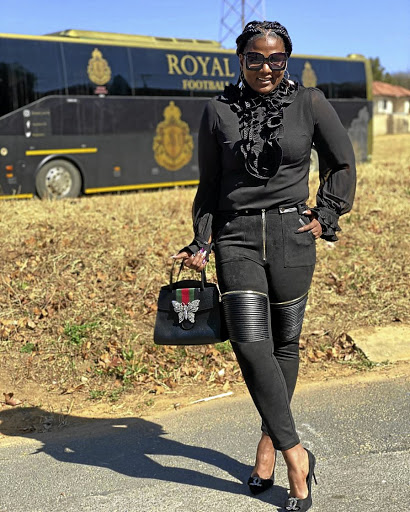 Shauwn Mkhize, president of Royal AM FC, in front of the club bus.
Image: Instagram

Her decision to defy playing in the promotion-relegation play-offs is an act of derision done in a fashion that flashes a fat middle finger in the direction of football officialdom.

Defiance could be in the DNA. After all, she is the daughter of the late ANC stalwart and anti-apartheid activist and unionist Florence Mkhize.

Unlike the fortune hunters in Ladysmith digging for diamonds that never were, this lady literally has diamonds on the red soles of her Christian Louboutin shoes.

High-end labels are her staple diet. Top of the range vehicles are her rides. Expensive parties where only the best booze flows are her signature.

Her wealth not only caters for her lavish lifestyle, it is also a war chest which has converted the football field into a court of law leaving the PSL spinning in the merry go round.

She said she was going to bring spice to football when she founded Royal AM. She is dropping drip and spilling sauce and clawing her well-manicured and multi-coloured nails on the claim that she, and not Sekhukhune United, are champions.

Shauwn's eccentric streak was on display on the last day of NFD matches.

Who buys medals, awards herself a trophy and declares herself an unofficial official champion? MaMkhize, that's who. 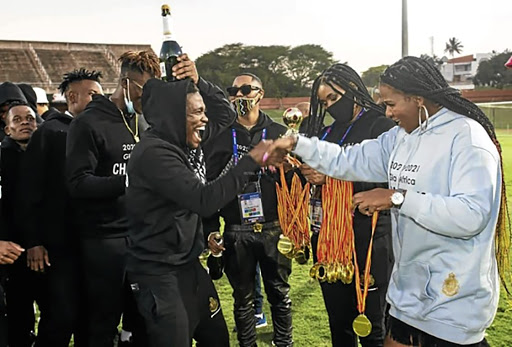 President of Royal AM FC Shauwn Mkhize hands over medals to her players after they won the Glad Africa Cup.
Image: Instagram

The famous Durban businesswoman made her fortune from government tenders in KwaZulu-Natal. She has close ties with the man in the hat, police minister Bheki Cele, who was ever present in court when Shauwn had her troubles with Sars.

MaMkhize is a whole mood. See her jive on the stands at Chatsworth Stadium draped in an all-white ensemble topped with a bucket hat that brings out her Lamontville roots. Mind you, that location is where the permanently acting PSL CEO hails from. The dolls are said to be close.

Shauwn is also the mother to Andile Mpisane, the chairperson of Royal AM. The AM are his initials. 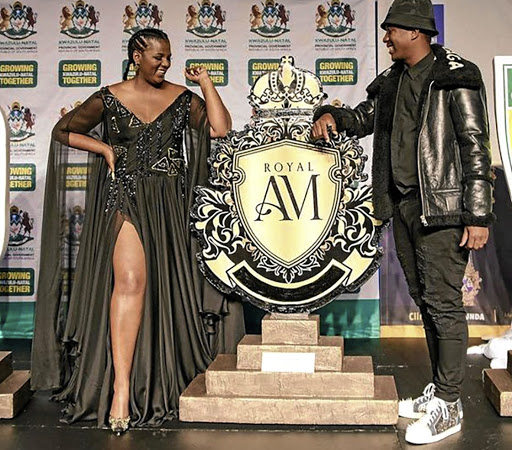 Jersey No 10 is a sacred number in football, reserved for stars with almost supernatural skills.

His resume includes musician - yes, he performs at the teams' matches. The team bus draped in black with a touch of gold resembles those of gin and juice rappers, the pimp my ride kinda toy.

Shauwn's legal team has Dali Mpofu who in his previous incarnation as CEO of the SABC crossed swords with the PSL head honchos over the broadcast rights.

This week the club staged back-to-back no shows for clashes against Chippa United and Richards Bay.

Guys, I refuse to be bullied about something that is so crucial

On Wednesday, Shauwn posted a video for her supporters and 1.5 million Instagram followers to explain her decision against what she perceives to be bullying.

"When I was young, I was bullied by Makhosazane ... when she took my panty off and used it for herself

"... I told myself that I would never allow anything or anyone to bully me.

"Is it because he is a white man? Why is judge Nyathi's ruling not respected. Nyathi has ruled and his ruling is very clear.

"Guys, I refuse to be bullied about something that is so crucial ...

"But because I am a South African law-abiding citizen.

"I believe that my rights have been violated ... I have a right to a fair competition which I feel that's the right I've lost a long time ago.

"I'm sorry football lovers. If you decide to hate me for abiding for the law citizen (sic), so be it. But I refuse to become umhlabelo (sacrificial lamb). 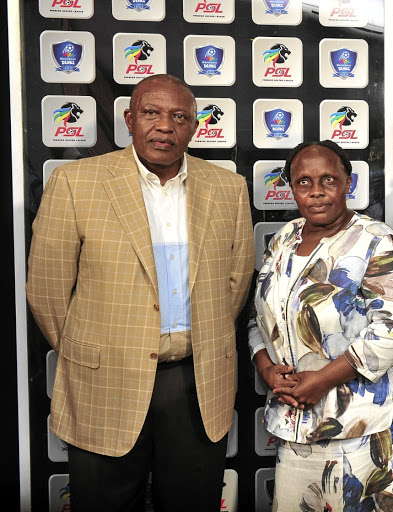 "I think I'm becoming umhlabelo for something I don't know.

"And I'm not going to subject my boys to it. Especially now that there is a ruling that supports me.

"I need no phone calls. I need nothing. This is my decision and nobody is going to convince me otherwise. Please don't call me. Please don't send me messages.

"If this is the Mafia that you keep on telling me that I'm dealing with, so be it. I love you people. Thank you."

It is a mutiny against Khoza, a colonel of the SANDF and chairperson of both PSL and Orlando Pirates and vice-president of the SA Football Association.

It is a man's world, sings James Brown, and adds that it is nothing without a woman.

This woman is here to bring the house down.

Chippa United have, mathematically and at least for now, retained their status in the DStv Premiership after drawing 1-1 against Richards Bay in the ...
Sport
7 months ago