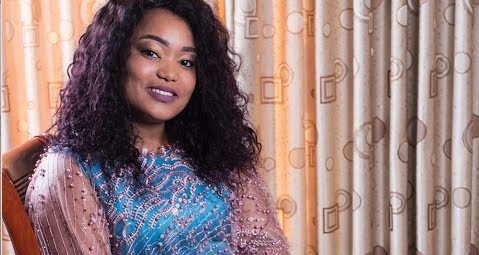 MaKhumalo Mseleku has come out to defend Bonang from hate.
Image: Supplied

Polygamist Musa Mseleku's third wife, MaKhumalo has appealed to people to stop bullying Bonang, after she was dragged on the platform for allegedly failing to live up to promises to help pay a student's fees.

As Twitter went into a meltdown over claims by the student that Bonang did not keep her promise, Uthando Nes'thembu's MaKhumalo spoke out about the backlash the star got.

"People's outward bullying of Bonang is really painful to watch. When did we become such a judgmental and unforgiving nation? It starts becoming a projection of how angry we are. The anger expressed towards her is misplaced. Sihlulwa yinkinga zethu emakhaya (We have our own problems at home)," she wrote.

She added that people should use social media to fix themselves instead of dragging others down.

"Asiyekeleni ukugcekelana phansi (let us stop dragging each other down), we are a great nation with so much to celebrate, let's celebrate our country and all that comes with it. God forbid if Bonang had to pass away all these people will cry forgetting how they treated her, asibeni nomusa ma Africa (let us have mercy, Africans).

Let's allow black excellence to aspire and inspire and not be a reason to be a monster, I truly believe we are better than this," she added.

MaKhumalo also didn't hold back in setting users who challenged her viewers straight.

One follower accused MaKhumalo of not understanding the situation because she had the "Mseleku wealth."

However, she hit back making it clear that she was all too familiar with poverty because she was not born into wealth.

In response to being sworn at, MaKhumalo sent a troll running for the hills. "Wow!!! Did I hit a cowardly nerve? Clearly you the person I'm talking to. Ukhuliswe kabi (You were not properly raised).

Relationship-themed reality show Please Step In, topped the trends list once more on Tuesday evening, with fans taking to Twitter to discuss the ...
TshisaLIVE
3 years ago

Award-winning musician Tresor is shaken, but grateful to be alive after being held up at gunpoint during an attempted hijacking in Johannesburg on ...
TshisaLIVE
3 years ago

A university student has caused a storm with claims that Bonang Matheba allegedly failed to live up to promises to help pay her fees seven months ...
TshisaLIVE
3 years ago

Bonang Matheba has once again vented her frustration over always being accused of "stealing" Minnie Dlamini's shine, telling social media users that ...
TshisaLIVE
3 years ago
Next Article