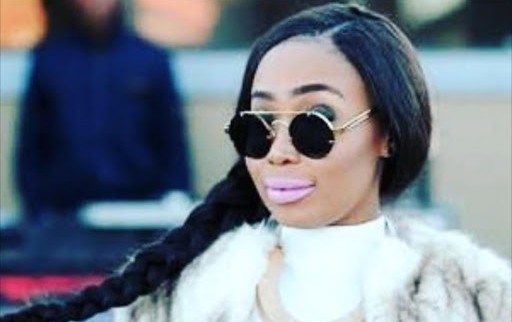 The untimely death of kwaito star Nomasonto "Mshoza" Maswanganyi on Thursday morning reminded Mzansi that veterans like the Kortes hitmaker gave them tracks that were part of some of their biggest life events.

“It is with great sadness to announce the untimely death of Nomasonto 'Mshoza' Maswanganyi. The Kortes hitmaker succumbed peacefully in the early hours of this (Thursday) morning. She will be deeply missed as an ultimate entertainer who loved being on stage. Not only did she radiate star quality, Mshoza was a media darling,” read the statement.

Many people were comforted that Mshoza had now been reunited with the late Lebo Mathosa and Brenda Fassie in “kwaito heaven” and they remembered how they made lifetime memories to the songs Mshoza gave them.

Mshoza, for those who didn't know, was a child star. She looked up to the fictional character of Sarafina from the film Sarafina! (played by the iconic Leleti Khumalo) from a very young age and had a fiery passion for dance. She began her career as a dancer at the tender age of 10 and fell in love with the limelight.

She danced for kwaito music group Chiskop from 1998-1999. She was then discovered on Jam Alley by then presenter, Nimrod Nkosi, on the show.

It was an appearance and performance on the popular SABC 1 variety show that changed her life. Mshoza performed a Chiskop song called Abasazi and was voted No 1 by Loyiso Bala and left an unforgettable impression on Nkosi.

Shortly after that, she was featured on Mzambiya's EP Jezi No 10 and her first classic hit Kortes followed. There was no doubt in Mzansi's mind that she was a star!

Mshoza continued to own her shine and bask in her fame. As with many child stars she went through a fair amount of ups and downs that came with the fame.

And when she wasn't releasing music, Mshoza hogged headlines for her obsession with lightening her skin, surgical procedures done to change the way she looks and her often controversial love life.

Over the years Mshoza experienced both her wins and losses publicly, baring all before an often unkind audience. From being a victim of GBV to losing her mother, the singer dealt with the blows life gave her in front of the whole nation. Many things may have hurt and bruised Mshoza in this life of fame - from being broke to substance abuse, fake friends and everything in between, but she was the ultimate comeback queen!

Among all the drama there was no dimming Mshoza's star power. When she released music, she proved over and over again how she was a force to be reckoned with.

A few of her latest hits such as Abantu Bam Laba and Ayina Chorus, reminded the country that Mshoza was a hitmaker and one of the OGs as far as star power was concerned.

In the last interview she had with TshisaLIVE, Mshoza summed up her legacy well.

“I do not need hype for my music, as I create classic hits. I was a superstar way before 'hype' was a thing,” she said at the time.

And, there's no greater truth, because above all else, the one thing Mshoza was — undoubtedly — was a star! That is why Mzansi loved her.

Sis wants a man that can keep up; who matches her high standards
TshisaLIVE
2 years ago

"Our talent should bring us together, not break us apart," says Mshoza of today's female stars.
TshisaLIVE
2 years ago