OPINION | Budget 2021 – What we as individuals need to know 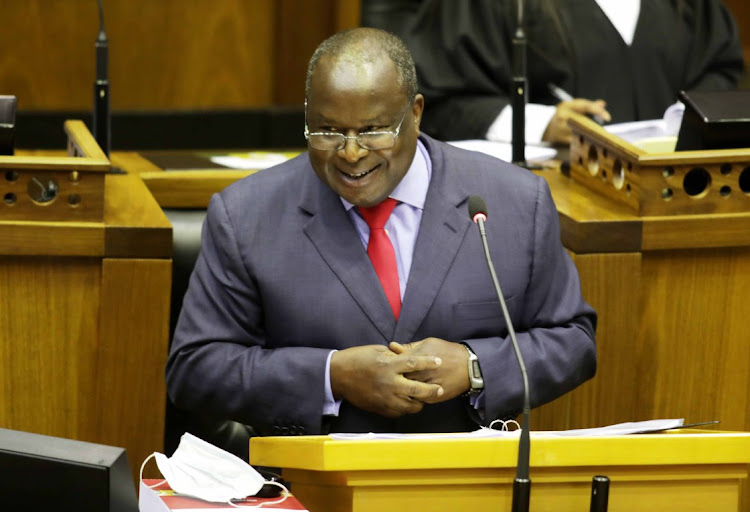 The build-up to this year’s budget speech has been sombre. Traditionally, this is the time of year when pundits speculate regarding what needs to be done to drive economic growth in SA. This year the sentiment has been more centred on damage control rather than growth.

This places significant emphasis on the budget speech, as the absence of interventions aimed at increasing revenue and decreasing costs could send South Africa over the “fiscal cliff”.

The “fiscal cliff” (as defined by the Fiscal Cliff Study Group) is “the point where civil service remuneration, social assistance payments and debt-service costs will absorb all government revenue”.

The government has sounded another debt warning as costs to service its debt soar to just under R1-trillion over the next three years, eclipsing all ...
Politics
1 month ago

This is a frightening reality that we face if the budget speech does not start to rein in the fiscal deficit.

Adding to this are record unemployment figures (32.5% in Q4 2020) and the expectation that Covid and its economic impact are expected to remain issues throughout the year ahead.

The financial year 2020/21 saw the South African economy amass a number of unfortunate records. The budget deficit was at a record high of 14% of GDP and a tax shortfall (compared to budget) of R213bn are among these.

As a result of a slight improvement in SA’s fiscal position compared to when the MTBPS was delivered in October, the government has decided not to impose the R40bn of potential taxes that were consider at the MTBPS.

Tax collection in 2021/22 is expected to be R1.37 trillion, up from R1.21 trillion in 2020/21. Finance minister Tito Mboweni stated that tax increases must be kept to a minimum and therefore there is no need for a “tax revolt”.

The government expects to borrow about R500bn per year for each of the next three years before debt stabilises at 88.9% of GDP in 2025/26.

Global economic growth is expected to be 5.5%. Sub-Saharan Africa is expecting growth of 3.2% and SA forecasts growth of 3.3% in 2021/22. These figures for the South African economy are dependent on the effective rollout of the Covid-19 vaccine, for which the government has budgeted R10bn (with an additional R12bn held in a contingency fund).

The finance minister stated that to achieve growth into the future SA needs to fundamentally alter the structure of the economy to be more inclusive by:

The government is committed to R791.2bn in infrastructure projects. If these projects are to have the desired outcome it is imperative that “the end user pays a tariff that reflects the cost for use”. This is no doubt a reference to the 15% tariff increase that Eskom recently received.

The minister further stated that South Africans need to alter their mindset of destroying infrastructure in protest. They should view this infrastructure as an “asset of the community”.

In the build-up to the budget speech, the rumour mill was “buzzing” with all manner of theories, such as the possibility of the government reducing salaries in the public sector. This was not the case and in fact the opposite occurred.

While the minister acknowledged that public sector wage negotiations were ongoing, he mentioned the creation of two initiatives that would spend almost R100bn on creating jobs, namely: Public Employment Programme (R83.2bn) and the Presidential Youth Employment Initiative (R11bn).

The finance minister “rubbished” claims that the National Treasury was “swimming in cash” and acknowledged that “we owe a lot of people a lot of money”.

The budget detailed a number of new tax proposals

Corporate income tax has been lowered to 27% for “companies with years of assessment” commencing on 1 April 2022. This is expected to improve SA’s attractiveness as a country to directly invest in.

Personal income tax brackets will increase by 5% (nearly 2% above inflation for 2020).

An 8% increase was levied on excise duties for alcohol and tobacco.

Fuel levies will increase by 27c per litre, with 15c allocated to the general levy, 11c to the Road Accident Fund and 1c to the carbon fuel levy.

Social grants were increased to:

'No reason to be apologetic': Mboweni on tiny social grant increases

Finance minister Tito Mboweni says the government has “no reason to be apologetic” for raising social grants by less than the prevailing inflation ...
Politics
1 month ago

The budget speech contained much detailed information, but summarising it for individuals, the following highlights stick out:

The question of whether this budget can be viewed as a success or a failure is debatable. If the plan is implemented in the manner in which it is intended, then history will view this address as a success. Conversely, if not enough has been done to reduce spending and increase revenue to achieve the goal of stabilising government debt at 88.9% in 2024/25, then this will be seen as a failure.

In the short term, tax relief has been issued to the formally employed individuals (via tax brackets increasing more than inflation) and tax relief is intended to be offered to business from April 1 2022.

During a time when much has been made of rising debt levels and decreased revenue collection, only time will tell whether this budget is a clever part of a bigger plan or a missed opportunity to begin reducing the fiscal deficit before it's too late.

The government is also providing a further R13.4bn in tax relief to households through raising personal income tax brackets and rebates by 5%, ...
Politics
1 month ago

Alcohol, cigarettes and petrol to cost more as taxes are hiked in 2021 budget

The government’s decision to ban the sale of alcohol and tobacco products has hit it hard in the pocket as more than R24bn could have been collected ...
Politics
1 month ago

All eyes were on Tito Mboweni on Wednesday as South Africans were looking forward to a growth-inspiring budget.
Politics
1 month ago
Next Article