Police look into whether Stanley Khanyile was killed to silence him 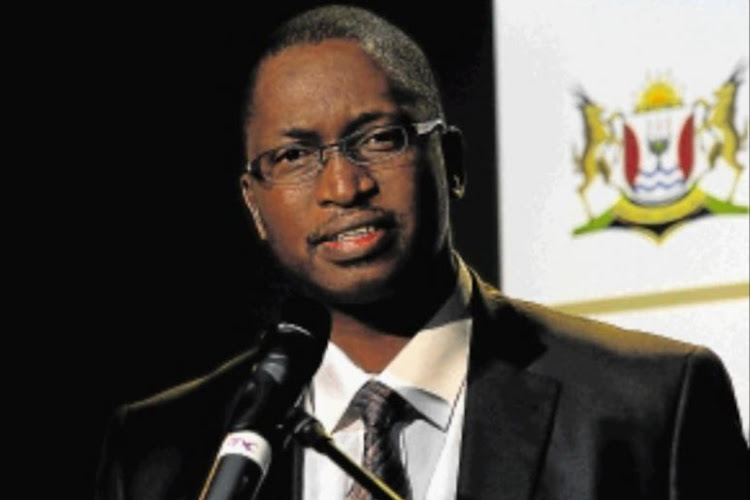 Police investigating the assassination of Sedibeng municipal manager and alleged fraudster Stanley Khanyile are looking into possible links between his murder and his upcoming criminal case.

Khanyile, 52, was to have appeared in the King William's Town magistrate’s court on October 16 on charges of theft, fraud and money laundering. Khanyile was out on R50,000 bail at the time of his death.

He had been the Sedibeng district municipal manager since 2017 and chaired the Gauteng Municipal Managers Forum. Khanyile was shot dead in his black Mercedes-Benz on Saturday morning moments after parking at a shopping centre in Meyersdal, Alberton, south of Johannesburg. The killer escaped in a gold-coloured Toyota Cressida, which had stopped close to the shopping mall entrance.

'Politically-motivated killings a threat to democracy': Salga on killing of municipal manager

TimesLIVE understands that the money was allegedly part of a R42m contract for the construction of a resource development centre in the Eastern Cape.

According to the Daily Dispatch, the three were arrested for alleged irregularities in the awarding of Chetty’s Umnotho Development company the contract to build the centre in 2015.

Khanyile, who was at the time the department's accounting officer, signed a service level agreement with Chetty's company. The R42m was provided by the National Development Agency in the Eastern Cape.

In an unrelated matter, Khanyile was also being probed for alleged corruption and financial irregularities by the Gauteng government’s co-operative governance MEC, Lebogang Maile.

On Monday, sources close to the investigation told TimesLIVE that detectives were looking into several matters in which Khanyile was involved and possible links to his murder.

“These include the corruption cases that he was facing. It is just too much of a coincidence. He was due in court in a couple of weeks. He also had another huge corruption probe hanging over him.

“Certain information has come to light in regards to the court case and a corruption report which was to be released.  One of the possibilities being probed is that the killing was to silence Khanyile,” a source said.

The source said that detectives were searching through CCTV footage from several cameras in the area to try to identify the killers.

Gauteng police spokesperson Brig Mathapelo Peters declined to comment when asked about the possible motives being investigated in regards to Khanyile’s killing.

“We will not be commenting beyond how the shooting occurred lest we find ourselves giving blow by blow accounts of the investigation to the media,” she said.

Peters said police had launched a search for the suspects, whose identities and whereabouts were unknown.

“The deceased was in a vehicle parked at a shopping centre when a suspect fired multiple shots at him. The suspect is reported to have moved away from the scene and jumped into a nearby Toyota Cressida, gold in colour with unknown registration numbers.”

The SA Local Government Association said the “murder underscores the widespread impunity for killings and intimidation of municipal managers and councillors”. It said the murder of local government officials was a “threat to democracy”.

Retired IFP leader Mangosuthu Buthelezi has been dragged into the tender squabbles of a municipality in KwaZulu-Natal after scolding a municipal ...
News
1 year ago

A 53-year-old senior official from the Molemole local municipality in Limpopo was arrested by the Hawks' Serious Commercial Crime Investigation in ...
News
1 year ago

The ANC-led Johannesburg coalition could collapse if the ANC does not reverse a decision to remove the IFP mayor of a small town in KwaZulu-Natal.
News
1 year ago