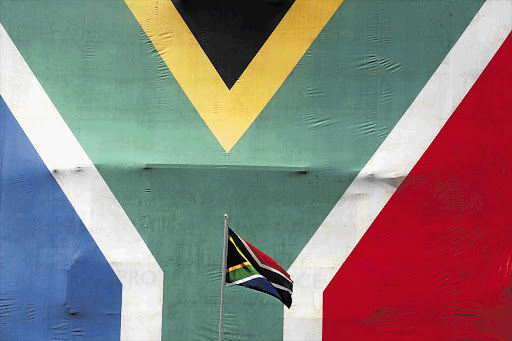 The survey found no race group felt strongly about their experience of human rights.
Image: Supplied

That is what Ipsos found in an opinion poll in which they asked South Africans about their experience of human rights ahead of Human Rights Day on Wednesday.

Different statements were put to interviewees who indicated whether they “strongly agree”‚ “agree”‚ “neither agree nor disagree”‚ “disagree” or “strongly disagree”.

Only 48% believed all citizens enjoyed equal human rights with just less than one in five (18%) saying they “strongly agree”.

Ipsos conducted the survey from November 2 to December 7 last year by conducting 3‚447 face-to-face interviews with a “representative sample” of South Africans 18 years or older. The interviewees were randomly selected in metropolitan areas.

Ipsos said is was “interesting” there was “virtually no difference” between the experience of men and women.

A study conducted by the SA Institute of Race Relations (IRR) has revealed that there is an improvement in race-related issues in the country‚ with ...
News
3 years ago

“Gender issues and gender discrimination are very pertinent issues in our country and the opinions of females and males on many issues differ profoundly.”

The survey found no race group felt strongly about their experience of human rights.

“Black people are the most confident‚ but at only 50% it is not a strong endorsement of the reality experienced by South Africans. It is worrying that large proportions of the minority population groups express disagreement. They probably feel excluded from the promises of the constitution.”

KwaZulu-Natal was the province with the best experience of the country’s human rights with 65% strongly agreeing.

Ipsos concluded: “After 24 years of democracy in South Africa we clearly still have a long way to go before all South Africans will experience equal human rights.”

Civil rights group AfriForum has celebrated a ruling by the Equality Court‚ which found that a member of the Economic Freedom Fighters’ youth wing at ...
Politics
3 years ago

The country has been witnessing a series of shocking videos showing violence by learners towards teachers or the other way round‚ but what does this ...
News
3 years ago

Vicki Momberg will know next Wednesday whether or not she will serve time behind bars when the Randburg Magistrate's Court passes her sentence.
News
3 years ago

Nearly one third (29%) of senior roles in South Africa are now filled by women‚ but it is concerning that one in five local businesses (20%) still ...
Business Times
3 years ago