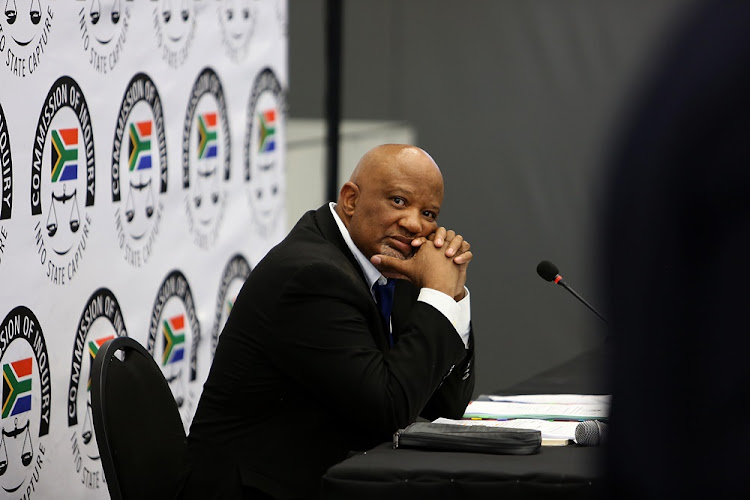 Rajesh “Tony” Gupta has identified himself as the only Gupta brother who was at the family’s Saxonwold home when former deputy finance minister Mcebisi Jonas claims he was the target of an attempted R600 million bribe by the family – but insists he never even spoke to him.

Rajesh also insists he only briefly walked into the room where Jonas was meeting with former president Jacob Zuma’s son‚ Duduzane‚ and controversial arms deal advisor Fana Hlongwane. He did so‚ he says‚ to check on Duduzane’s availability for the following day.

“I did not introduce myself to anybody‚ nor did I participate in that meeting. I did not have any discussion with Mr Jonas at all‚” he states in an affidavit‚ which was filed as part of his failed application to cross-examine Jonas at the ongoing state capture commission of inquiry.

Ajay Gupta has dismissed as “fiction” ex ANC MP Vytjie Mentor’s evidence that he offered her a ministerial position and lists several reasons why she ...
News
3 years ago

Rajesh’s revelations cast further doubt on the unspecified arrest warrant issued against Ajay Gupta earlier this year‚ and which is understood to have been obtained in relation to the corruption claims made against him by Jonas in the “State of Capture” report released by then public protector Thuli Madonsela.

It was on the basis of that arrest warrant that Ajay was declared a fugitive from justice. According to Ajay‚ his lawyers have repeatedly tried to ascertain what he is wanted for from the Hawks‚ but have been unsuccessful. This “lack of transparency”‚ he says‚ is a key reason why he does not trust the Hawks and the National Prosecuting Authority‚ and will not return to South Africa to give evidence to the Zondo commission.

Ajay has stressed that Jonas himself appears not to have laid any criminal charges in relation to the alleged bribe offer‚ and has accused the NPA and the Hawks of applying for a warrant for his arrest “premised purely on an alleged hearsay affidavit and criminal complaint apparently laid by a DA politician with the SAPS”.

“Based on this unlawful conduct‚ I am now labelled as a fugitive from justice. This method and conduct clearly demonstrates the unlawful and unfair treatment I am subjected to‚” Ajay states in a September 12 affidavit.

Jonas had initially claimed that he had met with Ajay on the afternoon of October 23 2015‚ when he said Ajay tried to bribe him to accept then finance minister Nhlanhla Nene’s post. He later admitted in his testimony to the Zondo inquiry that he may have been mistaken‚ and could have met with Rajesh instead.

Jonas described in his evidence how a Gupta brother told him that the family was “in control of everything” and Zuma would do anything they told him to.

“He said you must understand that we are in control of everything. The National Prosecuting Authority‚ the Hawks‚ the National Intelligence Agency and the old man will do anything that we tell him to do‚” Jonas testified.

He also revealed that this Gupta brother – who he says was either Ajay or Rajesh – threatened to kill him if he disclosed that the family had met with him‚ and tried to bribe him to take the finance minister position.

This threat was made within earshot of Duduzane and Hlongwane‚ Jonas said.

Justice Minister Michael Masutha has not ruled out using a newly-signed agreement between South Africa and the United Arab Emirates to have the ...
News
3 years ago

But Rajesh now says Jonas’s testimony “that he had a meeting with Mr Ajay Kumar Gupta and/or me during the afternoon of 23 October 2015 at no 5 Saxonwold Drive can only be an intentional fabrication” of his meeting with Duduzane and Hlongwane.

“It appears in my view that Mr Jonas has‚ either of his own creation and/or prompted by others embarked on a process of fabricating a false narrative of myself and/or my brothers in order to make a case of alleged wrongdoing which is the very essence of the inquiry by this commission‚” Rajesh stated.

Both Hlongwane and Duduzane have claimed that the October 23 meeting with Jonas was aimed at addressing his alleged accusations that Hlongwane was trying to blackmail him. They have both been given the right to cross-examine Jonas on his evidence.

It now appears that their evidence will support the testimony given in an affidavit by both Rajesh and Ajay‚ who both claim that they never met Jonas and deny that any bribe offer was made. Both brothers claim they were unaware of “any upcoming cabinet reshuffling and/or about ministers that may be fires” – and both say they had “no influence” on the appointment of cabinet ministers.

Wake up‚ SA! Get more chutzpah‚ or we'll get more Guptas

State capture whistleblower Mcebisi Jonas has warned that SA has to develop innovative measures to prevent new corrupt networks from springing up and ...
Ideas
3 years ago