Thieves arrested after trying to extort money from victim's husband

Back to school robbers nabbed for being too greedy 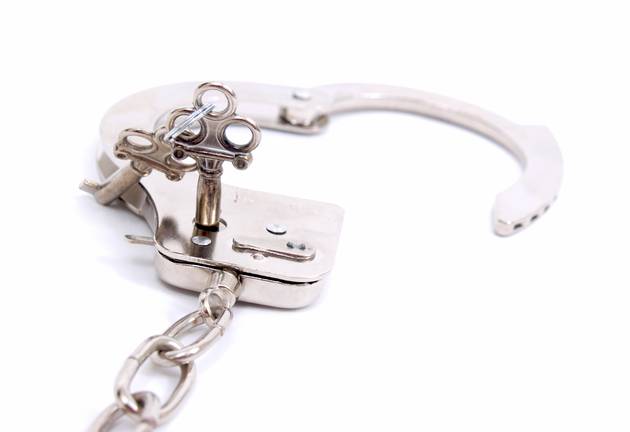 Police have arrested two suspects for robbing a uniform shop in downtown Johannesburg. Three others are still at large.
Image: Gallo Images/Thinkstock Images

Thieves who tried to capitalise on the back-to-school rush by robbing a Johannesburg store selling uniforms - and its customers - have been arrested.

While their initial plan to rob the store on Tuesday succeeded, greed got the better of them.

Wanting to make extra cash off the illegal deed, one of the gang phoned the husband of a woman whose purse they had stolen, asking for "a token of appreciation" for "finding" it.

The savvy man promptly alerted police, who set up a showdown.

Capt Xoli Mbele explained how it went down: "It is alleged that five males robbed a shop selling school uniforms on the corner of Troy and President streets on January 8 at 5pm. The suspects entered the shop pretending to be customers."

Cellphones worth R2m seized from suspected hijackers after Jet theft

Police arrested four people in connection with a robbery at a Jet store in the Eastern Cape.
News
2 years ago

One of them stood at the entrance while his accomplices threatened the cashier and demanded money. They took an undisclosed amount and also robbed customers of their cash and cellphones.

One of the suspects subsequently phoned the husband of a female victim whose purse he had stolen. Her husband's contact details were inside the purse.

"He told the husband to come with some cash as a token of appreciation. They made an appointment to meet at a restaurant in the Johannesburg CBD on Wednesday January 9 and police were alerted," said Mbele.

"He came with the wallet of a victim and was apprehended inside the restaurant."

The suspect then took the police to his accomplice. The female victim identified the second suspect as the one who pointed a firearm at her inside the shop, said Mbele.

The two arrested suspects, aged 33 and 34, will stand trial for business robbery.

Three other suspects are still at large. The investigation continues.

WATCH | Think you're safe? 5 times brazen thieves got away with it

Think you've locked your car? Or that your handbag is safe under that restaurant table? Well think again.
News
2 years ago

A man was arrested last week for trying to steal a bike that was locked up outside a police station.
News
2 years ago

Two men‚ clad in police uniform‚ are believed to have been behind a plot to rob a jewellery store in the I'langa Mall in Nelspruit earlier this week.
News
3 years ago

Customers who popped into a Johannesburg pizza shop to grab a bite found their dinner interrupted when a pair of gun-wielding criminals entered the ...
News
3 years ago

WATCH | Is this the clumsiest criminal of the year?

This attempted robbery ended almost before it started.
News
3 years ago