'Wash your hands - with what?' – Cape Town shack dwellers protest over water a day before lockdown 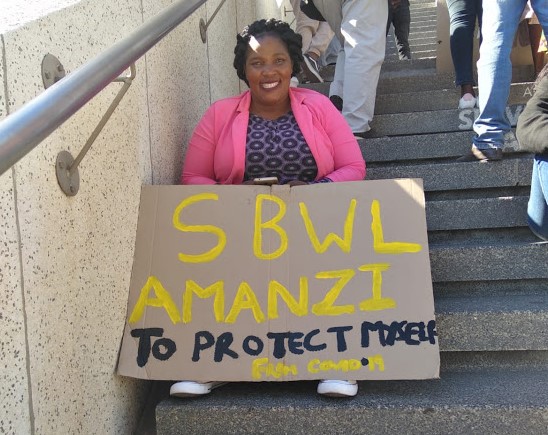 Residents from informal settlements in Khayelitsha protested at the Civic Centre in Cape Town on March 25 2020, demanding water before the three-week Covid-19 lockdown.
Image: Philani Nombembe

While hordes were busy with last-minute shopping on Wednesday, Khayelitsha shack dwellers picketed outside the Cape Town Civic Centre demanding water ahead of the Covid-19 lockdown.

More than 40 residents defied calls for people to say at home to curb the spread of the virus. Equipped with empty buckets and placards calling on President Cyril Ramaphosa to heed their plight, they sang and danced on the Civic Centre steps.

“The message from our government has been clear: ‘Wash your hands!’ But those of us living in informal settlements ask ourselves: ‘With what?’” The Khayelitsha Community Action Network, which organised the protest, said in a statement.

The organisation said it was worried that Cape Town had most of the coronavirus cases in the Western Cape. 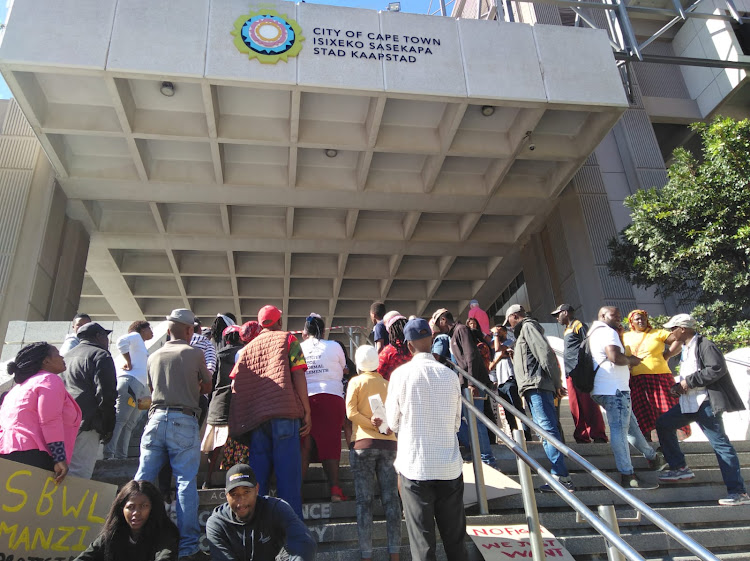 “It is a matter of time before the infection spreads to informal settlements in Khayelitsha and across the metro,” the statement said.

“It has been 20 days since the first case was confirmed in the country and we now have two days until lockdown. Some informal settlements do not have any access to water. And too many are struggling with slow water pressure and not enough working taps.

“Where we live, we are already most at risk of many other social ills affecting our communities.

“We have heard about meeting after meeting by the national government, the province and the City of Cape Town. We have seen statement after statement and we have heard speech after speech.

In SA, spreading fake news about the coronavirus is punishable by a fine or jail
News
1 year ago

The movement accused the government, the department of water & sanitation and the city council, among other entities, of not treating shack dwellers’ plight with “urgency”.

It added: “We need all informal settlements to be rapidly assessed to determine if they have access to water during lockdown. We need tankers deployed to those without water regularly and we need broken taps fixed urgently where they exist.

“Our decision to protest during the preparations for lockdown was not taken lightly. We understand, respect and support the guidelines and instructions from the president. We are trying our best to do that in the most difficult of circumstances.”

Xanthea Limberg, mayoral committee member for water and waste, listened to the group’s grievances. She told TimesLIVE that most of the protesters lived in settlements that are impossible to service.

“Many of the residents from different informal settlements of Khayelitsha that came to the Civic Centre ... are from settlements that have been formed as a result of unlawful land invasions,” said Limberg.

“Some of the pockets of land where they have settled are either not city owned or [are] on land where it is not suitable for habitation and therefore the installation of services from an infrastructure and typology perspective is difficult. We explained this to these residents.”

Coronavirus lockdown in SA: Mzansi has questions about 'midnight'

Limberg said most informal settlements in Khayelitsha were serviced in terms of water, sanitation and refuse. The city would provide the aggrieved residents with interim relief during the lockdown.

“There is an ongoing departmental plan to progressively provide additional services,” said Limberg.

“In the settlements that aren’t serviced due to being, either, not on city land or where there are issues of typology and difficulty in installing services, we have indicated to the residents today that the city is working to temporarily provide some form of relief by providing access to chemical toilets and water tankers for water accessibility. 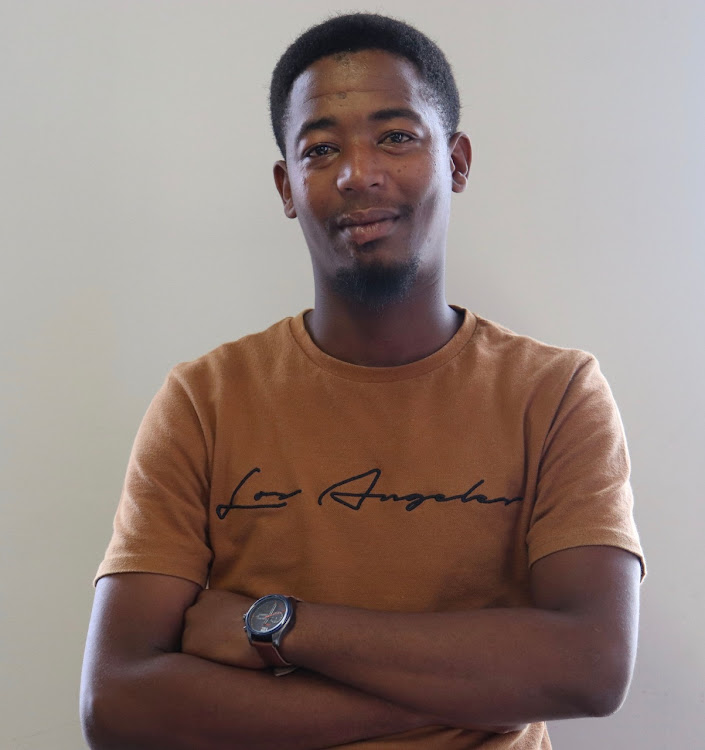 One of the co-ordinators of the march, Sibusiso Mdlankomo, said they were dissatisfied with the city's response.
Image: Philani Nombembe

“The areas where they (the protesters) are located, or they have invaded, are not suitable for formal services. For example, Island — where some of the residents came from — is right next to a river and a wetland. The entire land is a flood plain.

“Any sort of formal infrastructure is both difficult to do and represents a whole host of safety and health concerns.

“In the interim, the city can only look at provision of water through tankers. The city is going to be using its existing water tanker service. But we have already initiated the procurement of additional water tankers.”

But Sibusiso Mdlankomo, one of the co-ordinators of the protest, said they were not satisfied with Limberg’s explanation.

“The problem is that the lockdown is hours away now,” said Mdlankomo. “If the city does not move with speed, we are doomed.

“But we will continue to educate our communities to practise what the government has been preaching: social distancing, washing hands and staying at home. We urge them to use the little water they have sparingly.”

Did Disney predict the coronavirus in their 2010 film 'Tangled'? That's what some social media conspiracy theorists are saying.
Lifestyle
1 year ago

‘Many South Africans got it in the US': Pearl Thusi slams Donald Trump’s response to Covid-19

'No leader is perfect, but his attitude is ludicrous and detrimental'
TshisaLIVE
1 year ago

In SA, spreading fake news about the coronavirus is punishable by a fine or jail
News
1 year ago