'Is it safe to chow the back-to-school money now?' - SA finds the funny side of school reopening delay 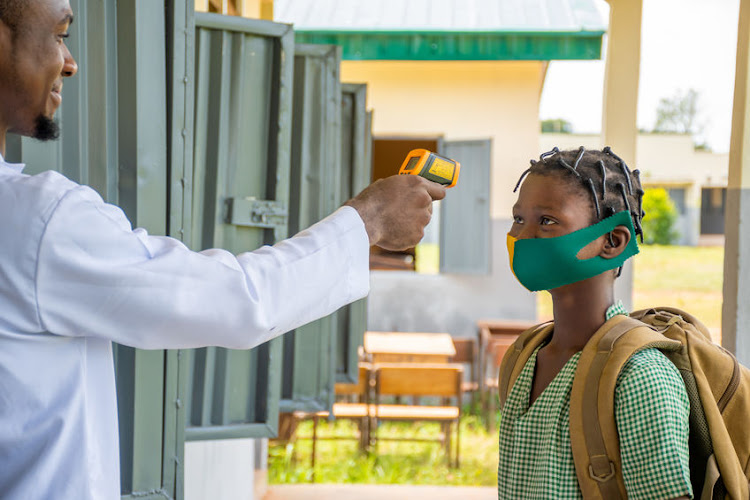 The 2021 school year will face disruptions due to the second wave of Covid-19. File image.
Image: 123RF/Confidence Nzewi

Twitter is flooded with hilarious reactions after the announcement by the basic education department on Friday that the reopening of schools was delayed by two weeks.

“Tom and Jerry and Mr Bean seasons extended till 15 February,” one Twitter user shared, while others joked that 2021 already feels like a repeat of 2020.

Mhaule said the decision received the support of various education stakeholders that were involved during the consultations.

“The Covid-19 infection rate has increased and more people are getting infected by the virus. We are seeing more deaths, to the extent that almost everybody knows somebody who has been affected by it. In some instances, Covid-19 has wiped out entire families. It has left devastation in its wake and for many people, their circumstances have changed for the worse forever,” said Mhaule.

It appears unlikely private schools will be allowed to open earlier than public schools, as was the case last year.
News
6 months ago

Earlier this week, President Cyril Ramaphosa hinted at an announcement from the department of education, saying there were concerns about reopening schools at the height of Covid-19 infections.

“As schools and other educational institutions prepare to begin the new academic year, there is understandable concern about whether this is advisable in the midst of a second wave of infections,” said Ramaphosa.

Mhaule said private schools were also asked to postpone their reopening to a later date.

School management, teachers and pupils will reopen in a phased approach. For public and private schools which follow the same calendar, changes are as follows:

Here are some of the reactions to the delay:

Y'all are stuck with the Peppa pig gang for yet another month🤣🤣😂😂.
Awu sukanini madoda the Masha and the bear gang.#schoolsreopening pic.twitter.com/OWmz2htnz3

The way you feel about your kids Being at home how do you think the teachers feel? They're just as tired of your kids as you are. 😂😂😂😂😂😂😂😂😂😂 #schoolsreopening pic.twitter.com/e5wmsXKzDO

We are Going To Pay School Fee for January....?
#schoolsreopening pic.twitter.com/QlnVR4q72w

Another month with bundle of joys, so it’s 2020 2.0 vele #schoolsreopening pic.twitter.com/Em6mEbKx5V

Parents are tired of their Kids eating every 2 minutes. #schoolsreopening pic.twitter.com/boTkmBMaSU

Are schools opening soon? Education department has the answers

Basic education minister Angie Motshekga will address the media on Friday on the state of readiness for opening the 2021 school year.
Politics
6 months ago

Warning against uncompetitive conduct as schools prepare to reopen

As schools prepare for the 2021 academic year, the Competition Commission has vowed to take action against those not complying with the Competition ...
News
6 months ago

As the country intensifies its fight against Covid-19, a survey conducted by UJ has revealed that the majority of people are against the reopening of ...
News
6 months ago