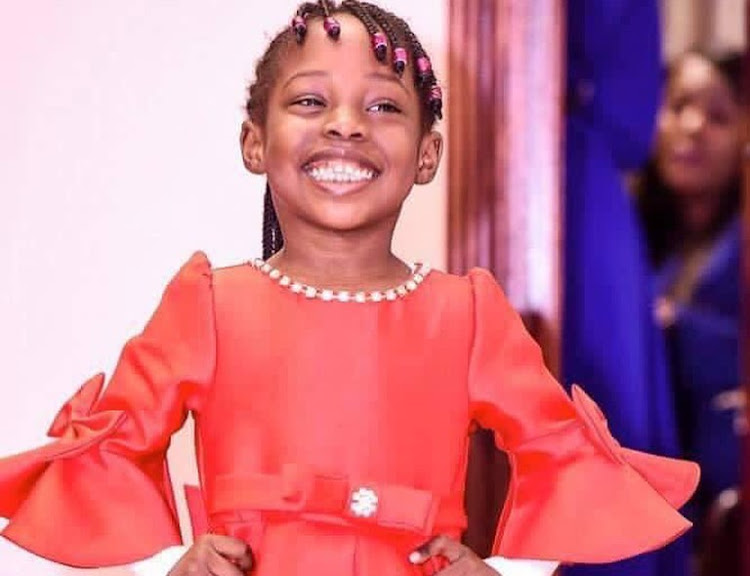 Israella Bushiri has died, the leader of the Enlightened Christian Gathering has announced.
Image: ShepherdBushiri/Facebook

Self-proclaimed prophet Shepherd Bushiri on Monday announced the death of his daughter, who had been hospitalised.

“It is with deep sadness that I announce the passing on of my daughter Israella Bushiri,” he said in a post on social media.

“As a father it was my desire to see her grow and serve the Lord. However, the will of God was for her to return back to Him.”

Bushiri said she had always offered his wife Mary and himself “great comfort and enlightenment”.

Last month, the Enlightened Christian Gathering pastor’s daughters and mother-in-law were prevented from leaving Malawi to travel to Kenya. Within days, Israella was allowed to travel for treatment with her guardians.

'Prophet' Shepherd Bushiri wants the magistrate hearing his extradition case in Malawi to recuse himself.
News
8 months ago

The Malawian government said she required a bone marrow donation.

On March 18, Bushiri said Israella had been battling a lung infection in ICU for the previous two weeks.

On Monday, Bushiri said a doctor had advised that if she had not been blocked at the airport the first time she needed to travel to Kenya for medical assistance, she may not have died.

“It is very disheartening and sad, therefore, that my daughter has become a victim of the persecutions we are facing from SA,” he said.

He described his daughter as a strong young girl who loved to worship and serve God, despite her young age. Bushiri said he and his wife choose not to mourn her but to celebrate her life.

Bushiri lawyer Terrance Baloyi told TimesLIVE: “We will not be releasing any further details at this time beyond what is contained in the statement.

"This is an emotional and difficult time ... We all need time to process, mourn and celebrate the life of someone who we all loved dearly."

Bushiris expected back in court on Monday

The couple were expected back in a Malawian court on Monday in their extradition case.

They fled SA a week after being released on R200,000 bail by the Pretoria magistrate’s court. Shortly after leaving, Bushiri said in a Facebook post they had left the country for their safety.

The Bushiris and their co-accused - Landiwe Ntlokwana, Willah Mudolo and his wife Zethu - face charges of theft, money laundering and fraud in connection with an alleged R100m investment scheme.

The Bushiris’ bail conditions barred them from travelling outside SA.

Self-proclaimed prophet Shepherd Bushiri said he learnt on Monday that the Hawks had detained his instructing attorney Terrance Baloyi and his legal ...
News
9 months ago

In a sermon lasting more than an hour on Wednesday night on his TV channel and on Facebook, Shepherd Bushiri was thin on pastoral care but big on ...
News
9 months ago

The daring escape from SA last year of the country’s most prominent fugitive couple, the evangelist and self-proclaimed prophet Shepherd Bushiri and ...
Opinion & Analysis
10 months ago

The Malawian fugitive has hinted at an extension of his church’s “spiritual territories”, including declarations that millions will be “unlocked” for ...
News
10 months ago