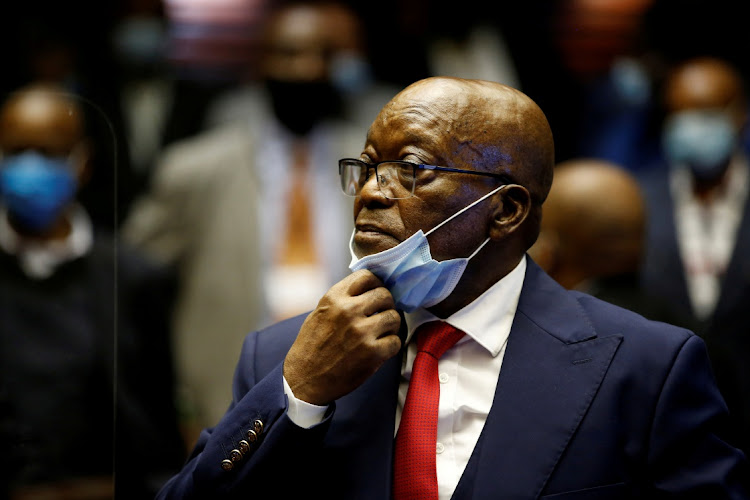 Former president Jacob Zuma is in “high spirits and has no fear”.

This is according to his daughter Duduzile Zuma, who posted on Twitter that she had spoken to her father on Tuesday after he was sentenced to 15 months' imprisonment for contempt of court.

“We have a choice between serving out time in Johannesburg or Nkandla. Of course we have chosen to be close to home. Lockdown or no lockdown, we will escort you to serve your time,” she tweeted on Tuesday morning, shortly after the Constitutional Court judgment was handed down.

Amandla! Just Spoke To My Father, @PresJGZuma Is In High Spirits And Has No Fear. We Have A Choice Between Serving Our Time In Jhb Or Nkandla…Of Course We Have Chosen To Be Close To Home. Lockdown Or No Lockdown We Will Escourt You To Serve Your Time. ✊🏽✊🏽✊🏽 pic.twitter.com/Yrybea4Skt

“As in the past, we have said we support the very detailed reasons Mr Zuma had provided on why he did not want to appear in front of the Zondo commission under the deputy chief justice, and why he did not participate in the two court hearings in the Constitutional Court, which led to this fundamentally unjust sentence being imposed on him,” he said.

“We will oppose the sentence. We are opposed to [former] president Zuma being in prison.

“We will act within the confines of the law, but at the same time will exercise our democratic right to freedom of speech to express our outrage at the sentence, which we will never accept.”

Acting chief justice Sisi Khampepe handed down the Constitutional Court judgment in former president Jacob Zuma’s contempt of court case on June 29 2021. For his refusal to attend proceedings at the inquiry into allegations of state capture, Zuma was found to be guilty of contempt of court and was sentenced to 15 months’ imprisonment.

‘Never before has the judicial process been so threatened’: Constitutional Court’s scathing Zuma judgment

POLL | Are you satisfied with the ConCourt's verdict on Jacob Zuma?

Too harsh or justice served? What do you think of the Constitutional Court's ruling?
Politics
10 months ago

Former president Jacob Zuma has been found guilty of contempt of court.
Politics
10 months ago