About 48 prisoners escape from SA's prisons each year: Ronald Lamola 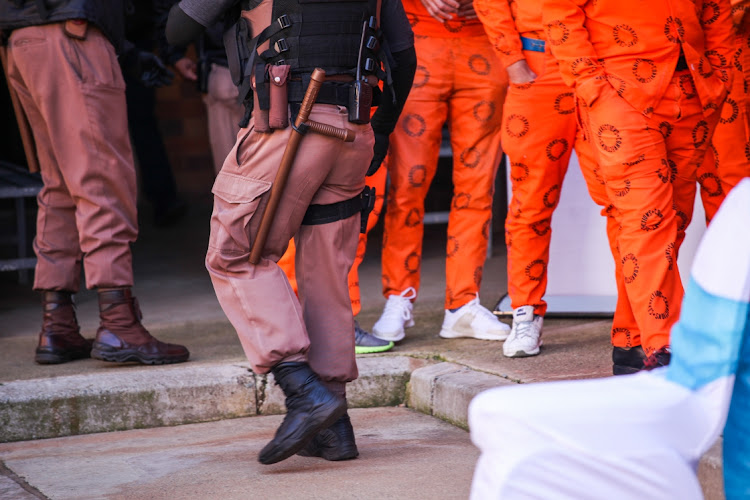 An average of 48 prisoners escape from SA prisons each year.

In a written reply to a question in the National Assembly, justice and correctional services minister Ronald Lamola said 285 prisoners escaped from custody over the past six financial years — from 2017/2018 to 2022/2023.

“There was an average of 151,495 inmates in custody at any given time during [this] period. The escape rate can be averaged at 48 inmates per year. This translates to an average of 0.032% of inmates escaping from custody per annum.”

Twenty unsentenced inmates remained at large as at April 30 this year out of 146 who escaped. The others were rearrested. Nationally, about 139 sentenced prisoners escaped, with 100 of them rearrested and 39 still at large.

“Escapes are reported to the SA Police Service (SAPS) and criminal cases are opened against the perpetrators. SAPS track and tracing unit, together with the DCS EST (emergency support teams), conduct manhunt and search operations,” Lamola said.

“Due to the violent nature of most escapees, for all foreign nationals who escape, DCS and SAPS also engage with Sadc [Southern African Development Community] countries' law-enforcement agencies.”

'Intimidation and discomfort' sat on the nerves of three alleged Isis acolytes, accused of double murder, when they appeared in the Durban high court ...
News
1 month ago

Correctional services to save R163m as prisoners produce their own food, says Lamola

The department of correctional services expects to save R163m in the coming year as a result of prisoners producing their own food.
Politics
1 month ago

DA’s Breytenbach tears into ‘depressing mess’ that is justice department

MP says ‘minister has to take this beating’ as she highlights the many problems at NPA, prisons and courts
Politics
2 months ago