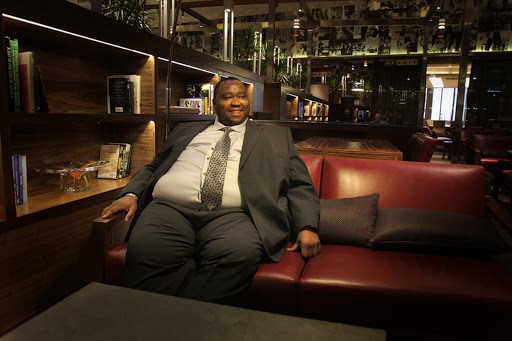 Brent Simons, former spokesperson for the late minister in the presidency and of public administration Collins Chabane, on Tuesday told the Zondo commission how Chabane refused to succumb to a request to meet former president Jacob Zuma's nephew Khulubuse.

Simons told the commission that in February 2014, after the launch of the National Youth Development Agency (NYDA) Solomon Mahlangu Scholarship, Zuma introduced Chabane to three "young men" for assistance with their business ideas.

He said it was in the foyer of the Sandton ICC in Johannesburg that Zuma approached Chabane with the trio.

Their names, he said, were Mqondisi Zuma, Busa Zuma and James Zwane.

After Zuma introduced them to Chabane, the minister went on to introduce them to Simons, who was asked to handle things going forward.

Simons had several meetings with them to listen to their business ideas and how they sought assistance from the minister.

Among other things, they requested him to facilitate a meeting for them with the Independent Communications Authority of South Africa (Icasa).

The "young men" also wanted a contract that would have seen their company act as an intermediary for mobile phone services for all government departments.

However, said Simons, the three never benefited financially in any way from Chabane's ministries - both when he was in the presidency and subsequently when he was minister of public service and administration.

It was at this stage that they grew impatient with Simons for his "delays" and threatened to report him to the then president and his nephew Khulubuse.

Subsequent to this, Khulubuse requested a meeting with Chabane, who refused to give in.

"In Nairobi - that was the last incident where I was a witness when Mr Khulubuse Zuma tried to meet with minister Chabane at the hotel - but that meeting never happened. I am not sure if that [the trio] was the only reason he was there," said Simons.

Simons said Chabane was "clear" from the onset that he should keep the Zumas "as far away as possible from him and the offices of the ministry".

To this end, Simons had always met them in Sandton and on one occassion at OR Tambo International Airport.

Simons said Chabane hated corruption in public service and was always cautious of being forced to do things that he suspected smelt of corruption.

Col Christine Anderson, former movement control officer at Waterkloof Air Force Base, did not question the landing of the Gupta plane in 2013 because ...
Politics
2 years ago

He went on to testify how Chabane had also refused to approve a memorandum from former minister of home affairs Malusi Gigaba to appoint Mayihlome Tshwete as the deputy director-general.

So "upset" was Chabane with this that he once woke up Simons in the middle of the night at a Cape Town hotel after cabinet had overruled him and forced him to sign the appointment of Tshwete.

Zondo differed with Simons on the matter of Tshwete's appointment when he asked what the educational qualification requirements were for the position.

An advert for the job contained in Simons affidavit revealed that the educational qualifications required were a degree in public relations management "and/or" a matric certificate.

Tshwete had a degree in administration.

"What it does mean is that if you have a three-year degree in public relations management or a matric certificate, you will be fine. So why need a degree if grade 12 is good enough?

"So it may well be that the cabinet's decision that Mr Tshwete be appointed - even if he did not have that degree - was based on the fact that the advert said a matric is good enough."

The chair of the commission of inquiry into state capture, deputy chief justice Raymond Zondo, will hear an application from the commission's legal ...
Politics
2 years ago