Zondo must submit report to Ramaphosa by end of February, parliament to be briefed by June 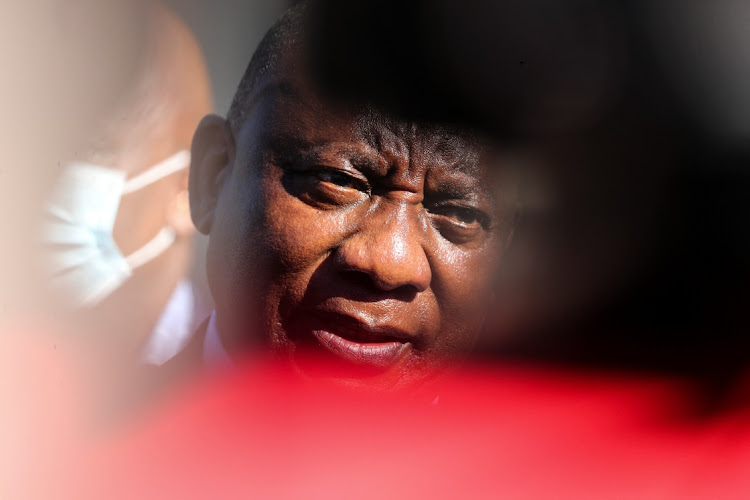 President Cyril Ramaphosa has until the end of June 2022 to submit a copy of the state capture inquiry report and inform parliament what he intends doing about its recommendations. File photo.
Image: REUTERS / SUMAYA HISHAM

Ramaphosa has until the end of June 2022 to submit a copy of the report and inform parliament what he intends doing about its recommendations, a court heard on Tuesday.

Judge Mandla Mbongwe presided over a virtual sitting of the matter in which Ramaphosa made a counter-bid to an extension application by the state capture inquiry, asking the court to clarify if he could decide when to publicly release the report and that he was not bound to deliver it to parliament within two weeks of receipt.

TimesLIVE recently reported Ramaphosa made the application after Zondo urgently approached the court for yet another extension of the deadline to submit his report to Ramaphosa.

In his affidavit Ramaphosa said this was Zondo’s sixth extension application, and the Council for the Advancement of the SA Constitution (Casac) said it was his seventh.

Between Zondo and Ramaphosa’s applications (if they both succeed) the public is unlikely to see the state capture commission’s report before the end ...
Politics
3 weeks ago

However, on Tuesday morning advocate Timothy Bruinders SC said Ramaphosa preferred  the report to be submitted to him in its entirety rather than instalments by the end of February because it would “make for coherence, comprehensiveness and practicality.”

He reminded the court that the 2017 order requires Ramaphosa to submit a copy of the report and to communicate with parliament about the report within 14 days of its release.

“What the alternative seeks to achieve means receipt of the report at the end of February next year, and then what the president seeks is four months within which to respond or communicate to parliament about what he will do about the report.”

Mbongwe said it was his understanding that it was Ramaphosa’s prerogative to release the report once he had dealt with it.

He said: “It’s a bit misty about the four-month period. I considered this to mean the president needs the four months after he has received the entire report, be it in three parts.

Either way, Mbongwe said Ramaphosa needs four months to do what he needs to do after reading the report and has to indicate that by the time he addresses parliament.

Mbongwe asked Bruinders whether he wanted both the declaratory and the extension.

Bruinders said Ramaphosa sought one of the two outcomes.

Mbongwe told Bruinders : “We have to be practical in approach because if he was to release the report 14 days after receiving it in February that puts on a lot of pressure. I doubt he would have done anything about the report.

“The important thing is that there is work he has to do. In my view, I would have said that if the four months accommodates both him having gone through the report and having done what he needs to do on the report, then 14 days is either included in the four month extension or an additional 14 days after the expiry period of the four months.”

Mbongwe asked Bruinders to “redraft the order to say the extension is granted until the end of June (2022), which is the period the president would have done whatever he needs to do and release the report by no later”.

Mbongwe said he believes this is a reasonable period and “gives enough time to release the report.”

He said if the order is redrafted to reflect the extension is until June 30, 2022, then it “will be endorsed and made an order of the court”.

Casac’s Lawson Naidoo said while the order states the commission must complete its work by the end of February 2022, “it does not make it explicitly clear that is also the date by which the acting chief justice must submit his report to the president. However, that is the understanding of the parties, that February 28 is the date of the submission of the full report to the president.”

At last, Zondo report about to be delivered as a three-part epic

The Zondo commission's report into state capture will be released in three parts. Already the usual suspects are lining up to challenge its findings.
News
3 weeks ago

Minister in the presidency Mondli Gungubele told media on Thursday heads will roll and those implicated will face prosecution.
News
1 month ago

Zondo report into state capture due in January, says Gungubele

Minister in the presidency Mondli Gungubele says the widely anticipated state capture report is scheduled to be submitted to President Cyril ...
Politics
1 month ago