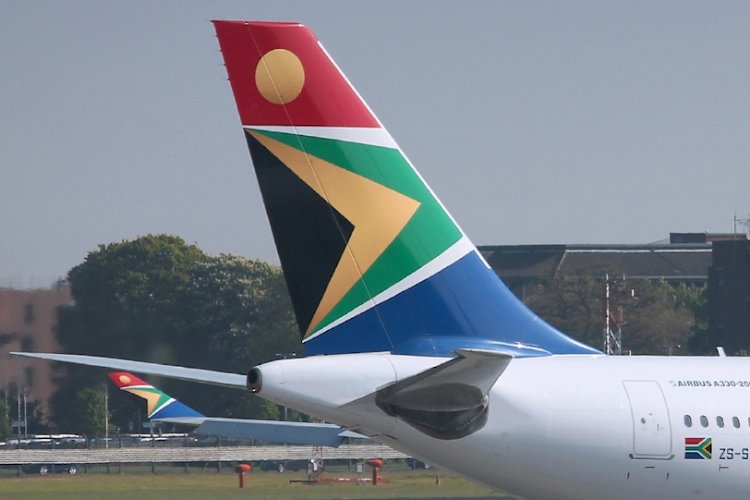 Parliament's spokesperson Moloto Mothapo said dwindling public funds left it no choice but to radically reduce the free flights politicians have been enjoying for decades at the expense of the taxpayer. Stock photo.
Image: 123RF

Parliament has radically reduced the number of taxpayer-sponsored flights for former ministers, deputy ministers and MPs from 48 to 12 a year.

In terms of the new policy, former MPs will also no longer enjoy the post-retirement benefits of flying around the country for free for life as this has been capped to a maximum of five years.

Previously, former MPs and ministers, as well as their spouses, could fly around the country on free flights, including in business class.

The benefit was also enjoyed by former apartheid-era ministers as part of their post-retirement benefits.

A DA MP has hailed the move as the “clipping of wings” of high-flying politicians.

'Tone-deaf': Cosatu fuming over these proposed salary hikes for Ramaphosa, Steenhuisen and Malema

Cosatu said it was hypocritical to recommend that MPs be afforded a 3% increase to avoid them “becoming demoralised”, while no compunction has been ...
Politics
2 months ago

The latest policy shift comes after the Sunday Times detailed in November 2020 how parliament had splurged more than R45m to fly former ministers and MPs around the country between 2014 and 2020.

At the time, parliament indicated it had embarked on a process to amend its policy on post-retirement travel benefits for former MPs.

Almost two years later, the new policy, that came into effect on April 1 2022, states that MPs who have served a full five-year term or longer would be “entitled to 12 single air tickets a year”.

The revised travel policy has also put the brakes on business class flights as it states “tickets are issued for economy class and domestic travel only”.

The policy has also introduced “benefit end dates”, which means former MPs enjoying free flight trips courtesy of the taxpayer would cease doing so. Until last week, the benefit had been guaranteed for life.

Clipping the wings of the ANC retirement gravy plane can save SA taxpayers up to R39m a year, or R195m over a five-year period

“The benefit end dates for members already receiving travel benefits shall be the earlier of the current benefit end date and March 31 2027. The provisions set out shall be effective from April 1 2022.”

“This is a historic victory as it signals the first time in our democratic history that the ANC has been forced to make meaningful cuts to the lavish lifestyles of former cabinet cadres,” he said.

According to his projections, the public purse would save at least R39m a year by reducing former MPs' flights from 48 to 12.

“In total, the DA’s success in clipping the wings of the ANC retirement gravy plane can save SA's taxpayers up to R39m a year, or R195m over five years,” he said.

“The new travel policy for former MPs seeks to, among others, significantly reduce the [cost] in light of the socioeconomic hardships the country is under.

“The policy reduces the duration within which former members may benefit after leaving office, from a benefit for life, in the case of former members of the executive, to five years, as well as restricting the class of air travel to economy.”

Pay hike? Here’s how much those interviewing to be a ConCourt judge will earn if they get the job

Five candidates will vie for two posts at the Constitutional Court, with interviews set to start on Tuesday.
News
2 months ago

Parliamentary reform is crucial to SA's future after the 2024 elections

Without a powerful and high-functioning national legislature SA will be doomed to endless instability and political uncertainty, writes Lindiwe ...
Opinion & Analysis
2 months ago

"Nothing destroys like fire. That beautiful building, it's all gone," said a shocked senior ANC MP on Friday after engineers presented their initial ...
Politics
2 months ago

Tough times for who? Ministers splurged R19m on new cars amid poverty and Covid lockdowns

Parliament wants to do away with former ministers' benefits, says Thandi Modise

Parliament says it cannot continue to fund some of the benefits - including medical aid contributions - enjoyed by former members of the executive ...
Politics
1 year ago