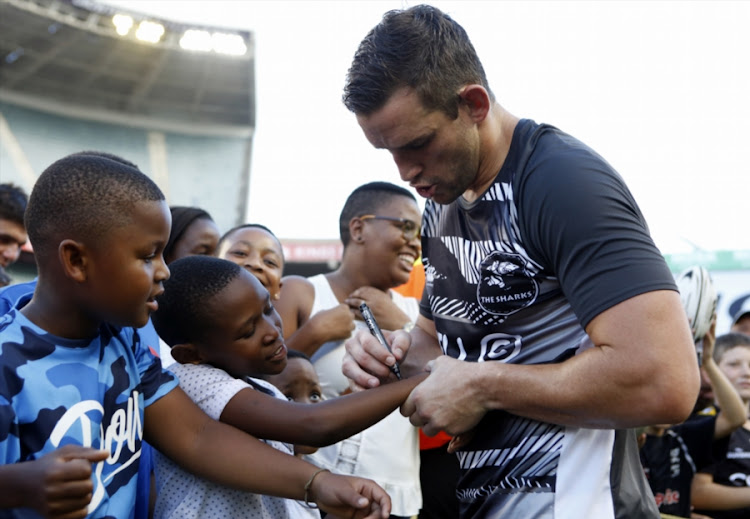 Sharks loose-forward Keegan Daniel will be hanging up his boots at the end of this current Super Rugby season.

The 33-year-old‚ who has five Springbok caps‚ has played a lesser but senior role in a Sharks team that has young and talented loose-forwards in Jean-luc and Daniel du Preez who have been capped by the national team.

The excellence displayed by Daniel throughout his career cannot be understated considering he's racked up a century of caps at Currie Cup and Super Rugby level.

His character‚ rugby intelligence and physicality more than made up for his relatively small size for a loose-forward.

It was his size that ultimately limited his Test match involvement as size‚ during his playing peak that coincided with Peter de Villiers' and Heyneke Meyer's tunures as national team coaches‚ counted for more than anything else.

There were also world-class loose-forwards he had to contend with.

“The decision to retire was not an easy one to make‚ but after much consideration‚ I believe that this is the right time for me to move on‚" Daniel said in a statement.

"This place has given me so much and I leave with some of the greatest memories made and friendships forged.

“I arrived in Durban as a youngster with a dream to play rugby on the highest stage and I have been blessed to have achieved some wonderful triumphs in my career.”

The embattled Stormers have received a boost with the news that Springbok tighthead prop Frans Malherbe is set to make his first appearance of the ...
Sport
3 years ago

In not so many ways‚ it seems the Sharks have to start better in order to get a positive result.
Sport
3 years ago

Springbok coach Rassie Erasmus has called up 15 Sharks players to his final ‘alignment’ camp before the June internationals.
Sport
3 years ago