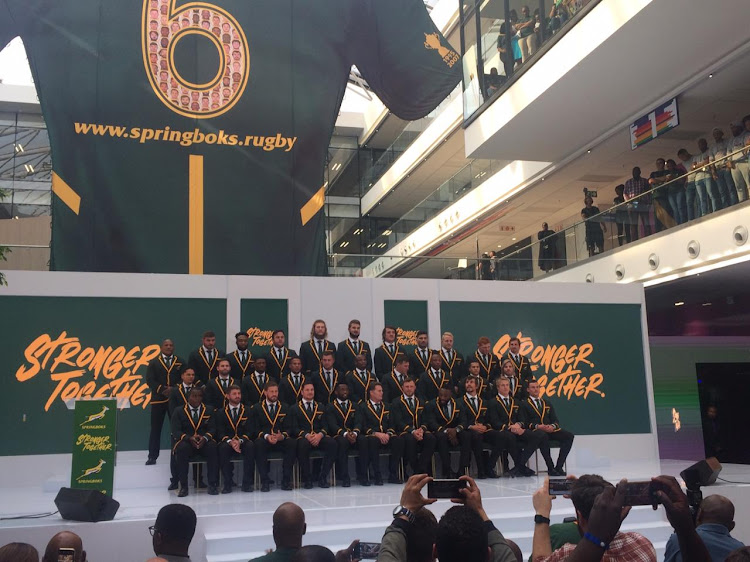 Springbok coach Johan “Rassie” Erasmus said if the rumours around Eben Etzebeth and the alleged assault case were true‚ the lock wasn't going to be part of the 31-man Rugby World Cup squad that was announced on Monday afternoon.

The 27-year-old lock was accused of assaulting a man and using racial slurs over the weekend in Langebaan in the Western Cape.

Etzebeth‚ who's captained the Springboks in the past‚ denied the claims and was picked to be part of the squad that will be heading to Japan for next month's World Cup.

Erasmus said the news of the incident worried him‚ but believes Etzebeth's version of events.

“I was worried when I heard about it of course‚" Erasmus said.

"If there was any truth in it‚ it would have been a massive issue for us.

"Having heard Eben's side of the story‚ there's trust between a player and coach.

"I must trust him to do some stuff on the field and win Tests and he must trust me to believe him when he tells me something.

"If anything like that happens and it happens to be the truth‚ a person like that wouldn't be part of our team and wouldn't go to the World Cup.

"Until something like that gets proven‚ it's just a rumour‚ but it would be a massive thing if it was true‚ especially at this stage.”

Another big name that was missing from the World Cup squad was that of Aphiwe Dyantyi.

The Lions wing tested positive for a banned substance and will have his B-Sample tested this week.

Dyantyi didn't take part in the Springboks' successful Rugby Championship campaign because of a hamstring injury before the news of the failed doping test broke on Saturday.

Springbok wing Aphiwe Dyantyi’s ‘B’ sample following a positive drug’s test will be done on Tuesday and the findings should be public by the end of ...
Sport
1 year ago

Erasmus‚ who has been spoilt for choice in terms of back three options‚ said Dyantyi wouldn't have made the World Cup squad because of a lack of match-fitness.

“Aphiwe broke the news about his testing‚ but as far as I know in terms of protocol‚ you can only do that after the B-sample. I only found out about the positive test 10 days ago‚ so I really didn't know.

"The last time I spoke to you guys‚ I really thought it was an injury. It wasn't something that was withheld from us‚” Erasmus said.

“He wouldn't have made the World Cup squad anyway because of team selection protocols in terms of availability.

"You can expect a guy‚ even if he's the world's best player‚ to get into a squad without match-fitness. That's why we pushed hard for Siya Kolisi to play.

"You can't just rock up at the World Cup without any game time. Aphiwe wasn't going to make the squad because he hasn't played much rugby recently.”

The Springboks will be leaving for Japan on Friday and will be playing their first pool game against New Zealand in Yokohama on September 21.

Springbok lock Eben Etzebeth will be on the flight to Japan for the Rugby World Cup it emerged, after he had to deny assaulting a homeless man in the ...
Sport
1 year ago

To mark one month before the start of the Rugby World Cup in Japan Land Rover invited former Springbok wing Bryan Habana and former All Blacks ...
Sport
1 year ago

SA Rugby president Mark Alexander has revealed that Springbok coach Johan “Rassie” Erasmus will not be judged on the results of next month's Rugby ...
Sport
1 year ago