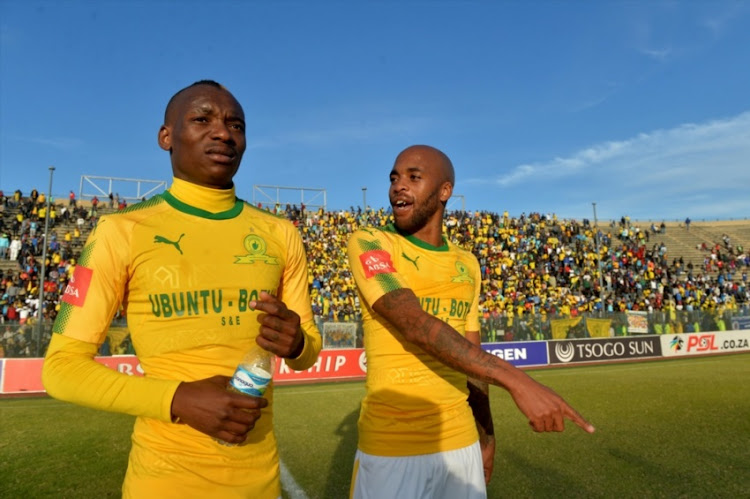 The arrival of players such as Oupa Manyisa‚ George Lebese and Thokozani Sekotlong have provided extra competition for places‚ something Mosimane feels was needed.

Sundowns have had a large squad in recent seasons‚ but not necessarily the fringe players who Mosimane felt he could throw into the fray.

The arrival of the trio of new names changes that though‚ and Mosimane will hope it will keep the intensity high against what is a difficult home clash against an organised and energetic Polokwane side.

Manyisa and Lebese started in the 2-0 Tshwane Derby win over SuperSport United on Saturday‚ which had followed a disappointing 1-0 loss to Maritzburg United in the MTN8 quarterfinals the week before.

“They were better than last week‚ they worked harder‚” Mosimane admitted.

“You saw that Sbu Vilakazi was not in the team this week‚ that is the competition we want. Places are up for grabs and there is a lot of talent in the squad.”

Mosimane made four changes between his team’s first two matches of the new season and could make at least as many again for the arrival of Polokwane‚ which is‚ quite remarkably for them‚ their last fixture until after the FIFA international break when they travel to Free State Stars on September 12.

Polokwane were held to a 0-0 draw by Baroka FC in their league opener‚ which had followed a 1-0 MTN8 quarterfinal loss to Cape Town City the week before.

Another blank in front of goal is a worry for coach Bernard Molekwa.

“Unfortunately goals did not come. In terms of the performance‚ it was not good but I think we had the better chances of winning the game. We will go back to the drawing board and work harder‚” he said.

Molekwa’s first game in charge of Polokwane after the exit from the club of Belgian coach Luc Eymael in March was a 0-0 draw at Sundowns in the previous meeting between the two clubs.

City also grabbed a 0-0 draw at Sundowns in 2015‚ but between those two results lost all three of the other matches played.

The Brazilians will be heavy favourites to make it back-to-back league wins‚ but don’t discount the fighting spirit of City and the fact that some Sundowns players may already be looking ahead to the crucial FIFA World Cup qualifier double-header against Cape Verde in the coming weeks. - TimesLIVE