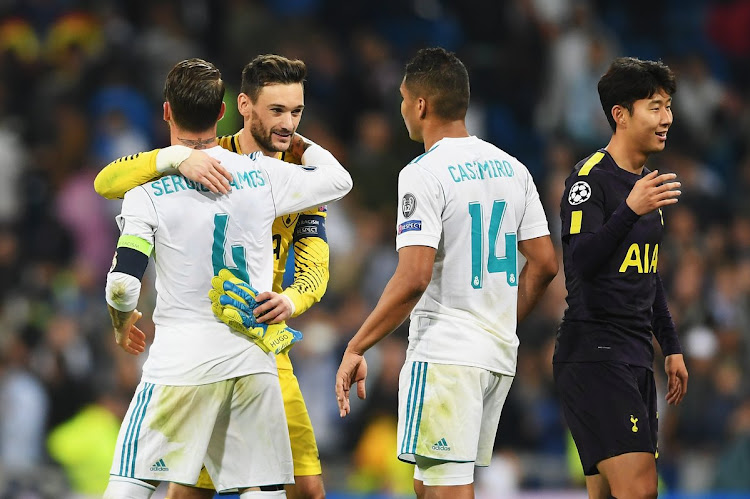 Tottenham Hotspur's 1-1 Champions League draw at Real Madrid on Tuesday was the moment they proved they can compete at the highest level, according to manager Mauricio Pochettino who hopes it could be the making of his young, exciting side.

Spurs goalkeeper Hugo Lloris took the plaudits for keeping out Real's glut of chances in either half while Madrid stopper Keylor Navas was also in inspired form in a highly entertaining game at the Santiago Bernabeu.

A cool 31 goals with BIG wins for Liverpool and Spartak 👏👏👏#UCL pic.twitter.com/kaBD0hXCzq

Borussia Dortmund's surprise 1-1 draw at Group H minnows APOEL Nicosia means Spurs and Real are six points clear of the Germans and within touching distance of sealing their place in the last 16.

That marks a huge contrast for Pochettino's side from their early exit from the competition last season.

"This was an opportunity to show we can compete and this game is fundamental to us on a mental level," Pochettino told a news conference.

"We are a team that is still under construction. Last year we took seven points from six group games now we have seven from three.

"Last year was very sad as we couldn't continue in a competition that really excited us but we've made a huge step forward. We are developing this club's potential for the future, which is enormous.

"The result is the least important thing, the objective was to be able to compete against Real Madrid and that we managed to do that makes me more than happy."

Pochettino hugged all 11 of his players after the final whistle, which Spurs' 4,000 visiting supporters greeted with an ecstatic roar as if they had won the game.

"Tottenham are in a process of growth, we are finishing a new stadium, constructing a team and it's vital to have a huge boost in morale like this," added the coach, who also sung the praises of his captain Lloris.

The France international made an outstanding save with his feet to deny Karim Benzema in the second half as well as thwarting Cristiano Ronaldo and Isco.

"Hugo was fantastic. He deserves a big prize, he showed his real level," he said.

"Today you saw why we often say Hugo is one of the best goalkeepers in the world. The performance was fantastic, the effort, the belief, it is important to congratulate our players, it is so important the effort from them."

Real coach Zinedine Zidane also paid tribute to his compatriot Lloris as well as his own goalkeeper Navas, who made two impressive late saves to deny Harry Kane and Christian Eriksen.

"Sometimes you just have to accept that. We're not happy because we always want to win when we're at home.

"We did things well but they defended well and in the end it's a normal draw."

Kabelo Mahlasela scored a second half winner as Bloemfontein Celtic continued their fine start to the new campaign with a 1-0 victory over a ...
Sport
4 years ago

The crunch PSL match between Mamelodi Sundowns and Kaizer Chiefs at Loftus Versfeld in Pretoria on Tuesday night was delayed by 30 minutes as there ...
Sport
4 years ago