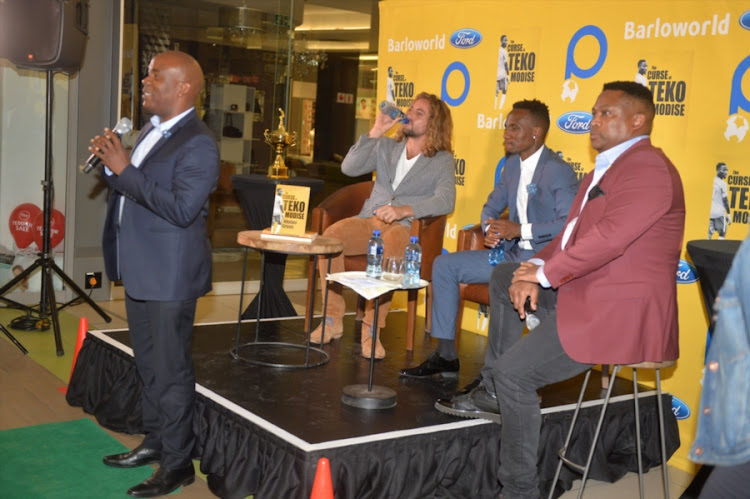 Santana coached Bafana for a disastrous eight month in 2008 and 2009 after countryman Carlos Parreira had left the job to attend to his sick wife in Brazil‚ in the buildup to the 2010 World Cup.

He was disliked by South Africans for a string of poor results while being paid a fortune.

In the book 'The Curse of Teko Modise'‚ though‚ the former Bafana playmaker asserts Santana was popular with the players.

“Teko recalls Santana fondly. He liked him‚ and what he remembers most about Santana is his character. In stark contrast to Carlos Alberto Parreira‚ who was reserved and observant‚ Santana was funny‚ loud and excitable‚” the book states.

“Joel Santana liked Teko a lot. SAFA‚ the football association‚ had put Santana up in a hotel room in Sandton. Outside his hotel room was a giant billboard overlooking the highway and it had Teko’s name and face on it.

“He had heard about Teko. ... He struggled with the pronunciation though‚ so he used to say ‘Modise’ as ‘Mogeshi’.

“ … The players loved Joel Santana‚ though; they loved his jokes ‘even if he was not totally joking per se’‚ Teko recalls with a smile.

“ … ‘Footballers‚ wow‚ we hate team meetings. We can’t concentrate. But with Joel Santana …’ Teko pauses to shake his head and laugh as he recalls the Brazilian.

“‘We used to look forward to meetings‚ we used to rub our hands and lick our lips. We knew with Santana it was going to be a comedy. We knew we would be in store for something to laugh about for the rest of the day’.

“Santana used to start his speeches in Portuguese‚ and his assistant would translate for him. This used to disappoint the players.

“They didn’t want him to speak Portuguese; they wanted him to try his hand at English.

“He would get there eventually‚ though; once he got warmed up‚ he would get into English.

“‘We loved it once he got comfortable enough to speak English. We would laugh and laugh the whole day.’”

The Curse of Teko Modise‚ written by Nikolaos Kirkinis‚ is published by Jacana Media.

Teko Modise talks about living in the fast lane

Teko Modise has revealed he blew R22,000 a month on an Aston Martin DB9 - and the car caused only problems for the Orlando Pirates player.
Sport
4 years ago

Teko Modise has revealed he blew R22 000 a month on an Aston Martin DB9 he bought and used to drive to training‚ and which caused only problems for ...
Sport
4 years ago

A new book on the life of Teko Modise gives rare insight into the muti rituals performed at Orlando Pirates.
Sport
4 years ago