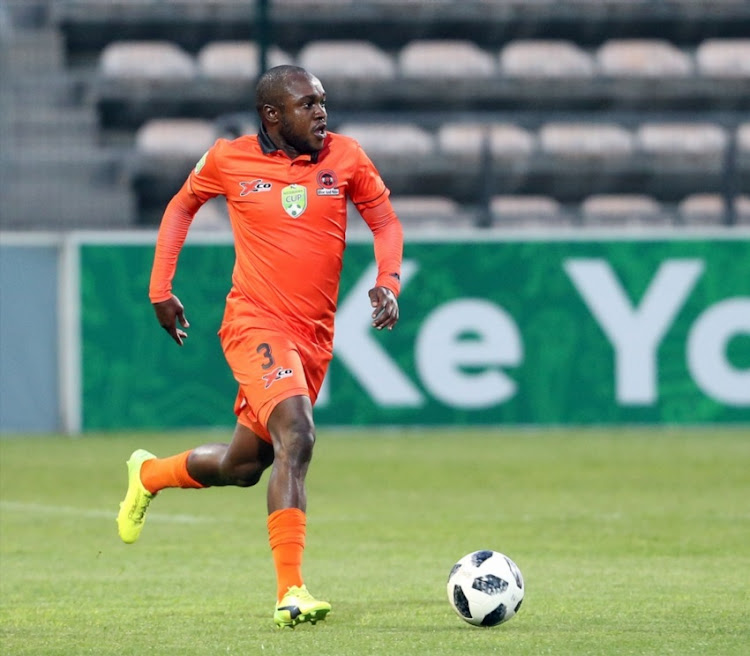 Mamelodi Sundowns have sent condolences to the family of star midfielder Percy Tau after he lost his elder brother Mogau Tshehla of Polokwane City in a car accident at the weekend.

The details of the death of the 26-year-old Tshehla are sketchy but City confirmed on Monday night that he died in a car accident and they are expected to release detailed information in a press conference to be held on Tuesday.

“I can confirm that Mogau is the elder brother of Percy Tau and as a club we send our deepest condolences to the family at this difficult time.

"We are not playing this week‚ so this will give Percy enough opportunity to be with his family‚” said Sundowns spokesperson Thulani Thuswa on Tuesday morning.

Sundowns‚ who have already booked a place in the next round of the Nedbank Cup‚ only return to league action next week Wednesday where they take on Free State Stars at Loftus.

Tshehla played for City in the last 32 round of the Nedbank Cup where they were shocked by National First Division (NFD) side Ubuntu Cape Town and he featured in six league games for Rise and Shine this season.

“It is with our deepest sorrows that we inform you of the death of our defender Mogau Tshehla in a car accident.

"Our thoughts are with the family‚ team-mates and friends‚” read City’s the statement.

Kermit Erasmus has to narrow options over his next move unless he wants to sit on the sidelines until next season.
Sport
4 years ago

Manchester City playmaker Kevin De Bruyne will be a serious Ballon d'Or contender if he wins major titles with the Premier League club, according to ...
Sport
4 years ago

Orlando Pirates’ six changes for their 2-0 victory against Ajax Cape Town were a risk‚ admitted Bucs’ coach Milutin Sredojevic‚ but one that brought ...
Sport
4 years ago

Bernard Morrison has said‚ somewhat provocatively‚ that the celebration of his second goal against Ajax Cape Town on Saturday night – he and ...
Sport
4 years ago