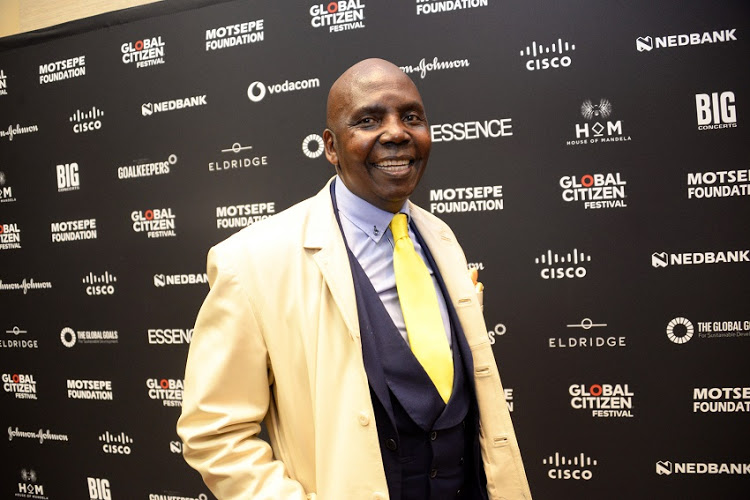 Former Bafana Bafana striker Philemon “Chippa” Masinga's widow has come out swinging hard on behalf of Mamelodi Sundowns and dismissed claims that the Premiership champions have turned their back on her.

Masinga's widow‚ Ntombi‚ told TimesLIVE that she continues to have a professional and ongoing relationship with Sundowns where there is an open line of communication.

“I have an ongoing working relationship with Mamelodi Sundowns.

"As and when there are matters that need to to be discussed‚ I address them directly with Sundowns and vice versa‚” she said.

Masinga lost a long battle with cancer in January and Sundowns senior official Alex “Goldfinger” Shakoane announced at two memorial services held in Soweto and North West that the club’s billionaire owner Patrice Motsepe would pay for the school fees of his children.

Jomo Sono has laid down the mantle for Philemon "Chippa" Masinga's picture to be hung in the SA Football Assciation (Safa) offices in Nasrec ...
Sport
3 years ago

But recent reports have said the promises were never honoured‚ a claim that was disputed by Shakoane.

Shakoane said that Sundowns have remained in constant contact with the family and they have honoured the promises they made.

But the Sundowns official said he could not go into further detail as the agreement with the family is confidential.

“From the beginning when we heard about Chippa’s passing‚ we have been dealing with Ntombi and we are still dealing with her until now.

"Suddenly there are people saying that we are not keeping our promises to the family and that is not true.

"We don’t know who these people are because we only know about Ntombi who was married to Chippa when he passed on‚” said Shakoane.

“There was a story in the papers quoting an unnamed spokesperson who represents the children of Chippa ....... but we have checked with Ntombi and she says she doesn’t have a spokesperson‚” said Shakoane.

Asked if she has a spokesperson‚ Masinga said the last person to speak on her behalf was her husband’s close friend Majoro Nguphane.

She said Nguphane dealt with the media and his role ended after the funeral.

“My relationship with Sundowns does not include a spokesperson and I don’t know the person who says he is speaking on behalf of my family‚” she said.

Asked for comment‚ Nguphane confirmed that he spoke on behalf of the family during the funeral and his role ended after Masinga was buried.

“I was a close friend of Chippa and I was with him when he went to the hospital until he died‚" he said.

"So the family asked me to be the spokesperson because they were aware that I was close to him.

"My dad was a flower who grew out of concrete"‚ Sifiso Masinga‚ son of Phil Masinga‚ said addressing the audience at his father's funeral in ...
Sport
3 years ago

"I was appointed with the blessing of Chippa’s two brothers‚ Meshack and Ernest‚ and Ntombi to speak on behalf of the family.

“My role ended after we buried Chippa‚ I was never going to be the spokesperson for life.

"I was surprised to read in the newspapers that there is someone out there claiming to speak on behalf of the Masinga family.

"I asked Ntombi‚ Meshack and Ernerst about this and told me that they don’t know who is this person claiming to speak on behalf of the family.”