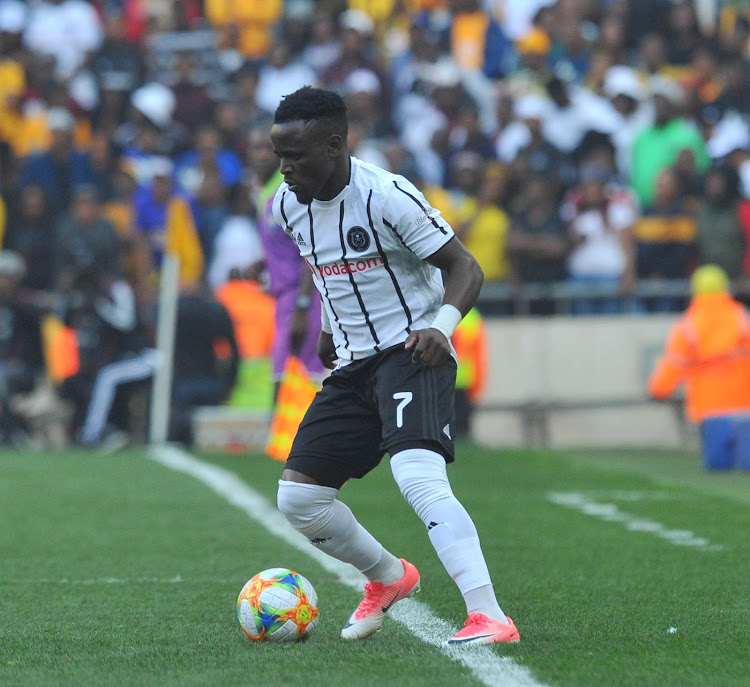 Orlando Pirates coach Milutin Sredojevic was happy to see new forward signing Gabadinho Mhango hit the ground running as a Buccaneer with an emphatically-taken goal in their 3-1 Absa Premiership win against Bloemfontein Celtic.

Mhango might turn out to be one of the masterstroke signings of the 2019-20 off-season.

The Malawian had appeared to lose interest in his past two seasons at Bidvest Wits‚ where he had become a liability with poor performances.

But a move to a big club seems likely to reinvigorate the destructive forward.

Sredojevic remains loyal to Pirates amid interest from Zamalek

Orlando Pirates coach Milutin Sredojevic did not want to respond to reports he has had offers to coach Egyptian giants Zamalek‚ saying only that he ...
Sport
3 years ago

And he got off to a good start‚ replacing Justin Shonga in the 72nd-minute of Pirates’ season-opener at Orlando Stadium on Saturday night and stealing the ball off defender Mzwanele Mahashe six minutes later‚ then slamming a finish past goalkeeper Sipho Chaine.

“When the new players came‚ our senior players pulled their socks‚ pulled up their sleeves and showed that they are the ones leading by example in the way we play‚” the coach said.

“However‚ other players could not just come and enter into the team. They need to work for it and deserve it. And they are also working hard.

“[Against Celtic] we had Kabelo Dlamini and Gabadinho Mhango coming in and doing well. Mhango scored the goal‚ and announced himself in the best possible way.

Sports Minister Nathi Mthethwa will convene an urgent meeting with the SABC‚ SuperSport‚ the Premier Soccer Leaue and the Department of ...
Sport
3 years ago

“And this is how new players are supposed to be‚ gradually entering‚ and then as time goes we cancel the way of older players and senior players and new players‚ and become one team who work in one direction.”

Pirates‚ seeking to end a trophy drought that extends back to the 2014 Nedbank Cup‚ and also win Sredojevic’s first silverware in the coach’s third season‚ have made nine signings ahead of the 2019-20 season.

Two of them – Mhango and winger Dlamini (from Bloemfontein Celtic) – came off the bench against Celtic.

Another two – the ex-Maritzburg United pair of Fortune Makaringe and Siphesihle Ndlovu – were unused substitutes.