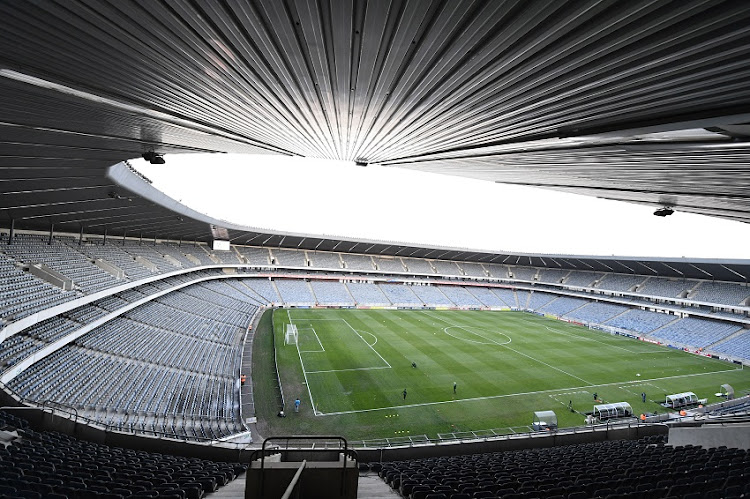 Tickets for the MTN8 cup final between Highlands Park and SuperSport United in Soweto on Saturday are still available but selling fast‚ the Premier Soccer League (PSL) has confirmed.

The PSL has confirmed that of the 35‚000 tickets put on sale for the R8m encounter at the 40‚000 Orlando Stadium (6pm kickoff)‚ 20‚000 tickets had already been sold by close of business on Wednesday.

“It’s a very good response from the fans and the number of tickets sold so far represents over 65% of sales‚” PSL spokesperson Luxolo September told TimesLIVE on Thursday.

“We hope today (Thursday) we will sell even more and hopefully sell out all the tickets by Friday and on matchday on Saturday.

“With this being the first final in Orlando in six years‚ we are hoping that fans in Soweto and Gauteng in general are hungry for a cup final and that it will be a sold out affair‚” said September.

A Highlands versus SuperSport cup final was always going to struggle to sell out and the PSL has had to come up with extraordinary measures to attract a capacity crowd at the Mecca of South African football.

The PSL and its cup sponsor MTN have partnered with record label company Kalawa Jazmee.

The record company will bring its array of top drawer artists to mesmerize the crowd at Orlando Stadium with performances.

Heavyweights such as Dj Maphorisa‚ Trompies‚ Uhuru‚ Profesor‚ Spikiri‚ Alaska and Nokwazi are scheduled to wow the crowds leading up to the kickoff time.

September said football as an event has a lot competitors hence the move for a musical concert as a build up to attract more fans.

“Football matches globally are no longer about football on the pitch only.

"Football as an event has a lot of competition so we need to be able to make it appealing to the fans.

“We need to make it an experience for the fans‚ a lifestyle with lots of activities involved before a match‚” said September.

Highlands will be appearing in their first ever cup final in the PSL era while it is a third straight MTN8 final appearance for SuperSport‚ who will be looking for a second title in three years having won the 2017 crown and losing on penalties to Cape Town City last year.

Tickets are R40 for adults.