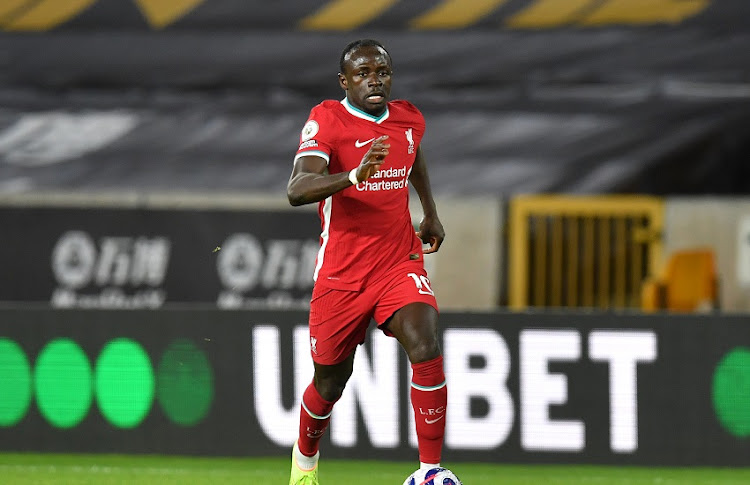 Sadio Mane of Liverpool runs with the ball during the Premier League match between Wolverhampton Wanderers and Liverpool at Molineux on March 15, 2021 in Wolverhampton, England.
Image: Paul Ellis - Pool/Getty Images

Liverpool should fight right through to the end of the season rather than dwell on excuses for their dismal Premier League title defence, forward Sadio Mane said.

Liverpool ripped up the record books last season on the way to their first English top-flight title in 30 years but a campaign marred by injuries and poor form has left them seventh with 46 points from 29 games.

Juergen Klopp's side are still in with a chance of winning this year's Champions League, where they face Real Madrid in the quarter-finals next month. Otherwise, Liverpool have to scramble into the top four in the Premier League to qualify for the continent's most elite competition next season.

"We have to deal with the situation and not stop believing, but keep fighting, keep our motivation and go again," Mane said.

Liverpool's Premier League title hopes are over and the main target now is to win the Uefa Champions League, forward Sadio Mane said.
Sport
1 year ago

"When you are a fighter you never try to make excuses, we are here to find solutions. Being together with my team mates always gives me high energy.

"In football – and in life in general – you can't expect anything and for years and years this complicated situation has not happened. We have always been successful, but now this has happened and we can see it is like how life is."

The Senegal international was one of Liverpool's standout players last season, but he has struggled to hit those heights in the current campaign, managing just 12 goals and six assists in 37 games in all competitions.

SAZI HADEBE | After his latest indiscretion, Zungu has run out of chances

Mane is confident the tide will soon turn.

"We need to be positive and fight," he said. "This is what we try to do to change this situation and I'm sure that it will change."

Liverpool face Arsenal in the Premier League on April 3 after the international break.