The South African Book Fair has announced an important online discussion on free books and the value of copyright in providing writers with life-sustaining royalties.

The line-up of award-winning and acclaimed authors and participants will be discussing the economic value of books as an intrinsic part of their social, educational and cultural value.

The panel, the first in a series of online discussions to follow, will tackle ways of ensuring writers, and the broader book industry, are able to thrive and tell South African stories, in all the country’s different languages, and improve access to books in communities that are struggling for survival. It will also address - head-on - the growing circulation of free books during Covid-19, within even the traditional book-buying community.

The World Book and Copyright Day event is part of South African Book Fair’s commitment to bringing the power of reading to all South Africans.

“It’s important for authors to continue writing during this time of Covid-19 so that we have diverse interpretations and stories of the biggest challenge our country (and world) has faced to date,” says Elitha van der Sandt, CEO of the South African Book Development Council (SABDC) which runs the annual South African Book Fair as part of National Book Week.

“The country relies on the book industry to record this moment and share it with generations to come.” 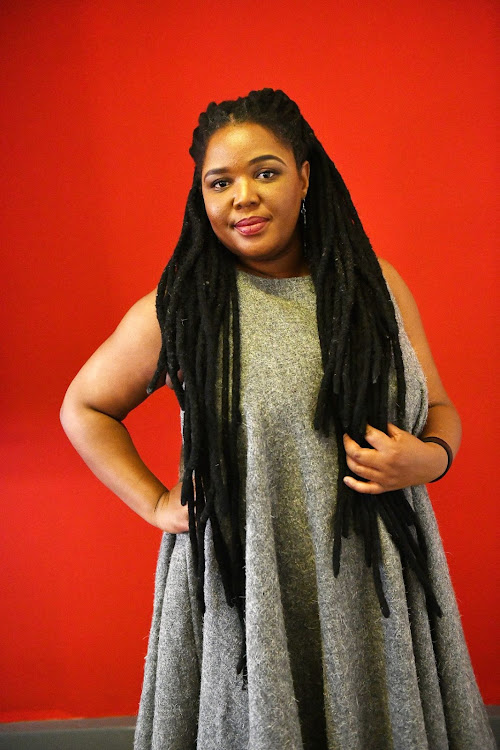 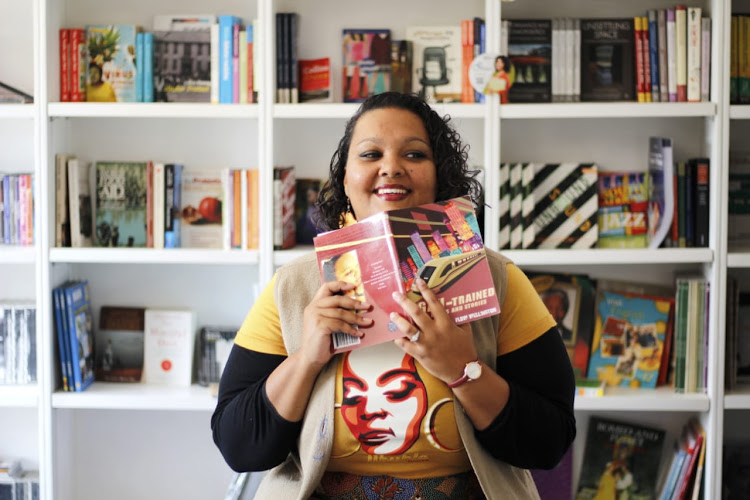 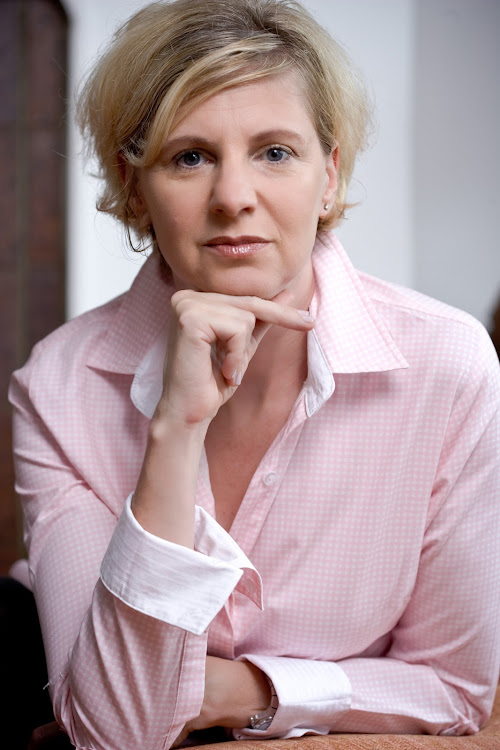 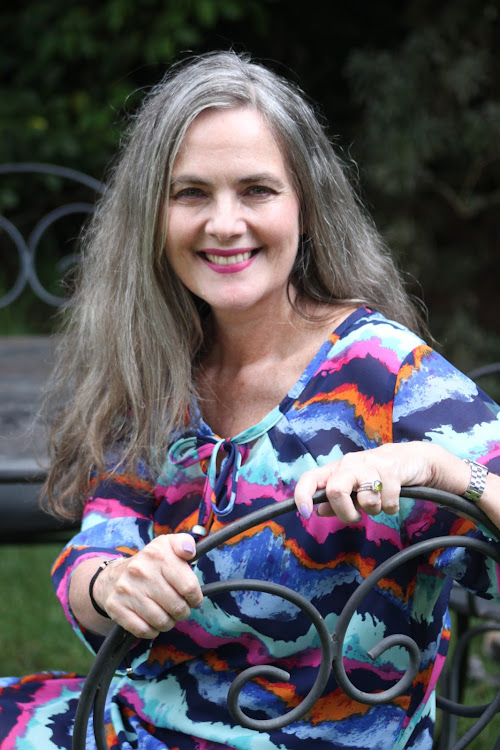 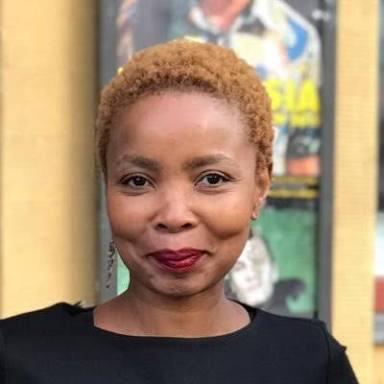 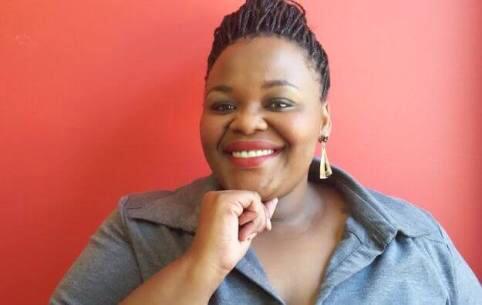 Dudu Busani-Dube is a best-selling South African fiction author and a journalist by profession. She made her mark with three books Hlomu the Wife, Zandile The Resolute and Naledi His Love which appeal to the average female black reader. She has also written her fourth book, Zulu Wedding, which is a narrative based on a film. While still working as a journalist and covering a number of high profile court cases, Busani-Dube went on a journey of self-publishing and subsequently founded her own company Hlomu Publishing in 2015. She is viewed as a writer for the everyday woman.

Flow Wellington is an author and freelance writer. She established Poetree Publications in 2011 which has 23 titles under its banner to date. Flow has two collections (The Undelivered Score and GauTrained) and two anthologies (Uni-Verse-Al and The Looking Glass Anthology) with her name on it, as well as numerous written works published in local and international journals.

Michelle Constant stepped down as CEO of Business and Arts South Africa (NPC) after 10 years, in 2019. Subsequent to leaving Basa, she is facilitating and consulting diverse NPC Foundations, Trusts, and corporates on strategy, social impact, corporate social development, fundraising, partnership, transformation and diversity - using cultural and creative intelligence and shared value tools. She is currently acting as chair of the Relief Panel for the DSAC (department of sports, arts and culture) during the Covid-19 pandemic.

Constant writes regular opinion pieces for different national newspapers and magazines. She also hosts the weekend breakfast shows on national radio station SAFM 104-107. In January 2016 she was awarded the Order of the Chevalier des Arts et des Lettres from the Government of France for her work in culture and the arts.

Pamela Power is a script writer on two popular South African soapies in addition to being the published author of three novels. She is a book blogger for Go-See-Do Gauteng and her passion is reading and promoting books. Pamela lives in Johannesburg. You can find her on Twitter @pamelapower.

Pumla Dineo Gqola is the feminist author of four books: Reflecting Rogue: Inside the mind a feminist (2017); the 2016 Alan Paton Award-winning Rape: A South African Nightmare (2015); A Renegade called Simphiwe (2013), (all Melinda Ferguson Books); and the pioneering What is slavery to me? Postcolonial/ Slave Memory in Post-apartheid South Africa (Wits Press, 2010). She has been Professor of African literary and gender studies at the University of the Witwatersrand, and Senior Lecturer in the Department of English and Classical Culture at the University of the Free State. She holds MA degrees from the Universities of Cape Town and Warwick, UK, and a doctorate in Postcolonial Studies from the University of Munich, Germany. Her latest title, Female Fear Factory, will be released in August, 2020.

Thabiso Mahlape was born in Polokwane, Limpopo. As a six year old, she took up reading to teach herself English, but her journey with words would carry her to lead a successful, black owned, independent publishing house in South Africa, Blackbird Books, which she founded in August 2015. She is immensely proud of the fact that Blackbird Books is the pioneering publisher dedicated to giving young, black writers a platform.

Mahlape holds a Bachelor of Information Science degree specialising in publishing from the University of Pretoria. She started working as an intern at Jacana Media in 2010 and won her first award in 2012. While at Jacana Media, Mahlape honed her skills as a publisher with several highly acclaimed bestsellers: the award-winning Endings and Beginnings by Redi Tlhabi; the ground breaking My Father, My Monster by McIntosh Polela and Malaika wa Azania’s Memoirs of a Born Free, all books which talk to multiple audiences on issues that affect us as South Africans.

In between juggling submissions, proofs and sales, Mahlape is a columnist: she writes regularly for the Sowetan, and has contributed to magazines such a Destiny and VISI. As a writer and a speaker, her focus is largely on self-development, body politics and what it means to be a woman in South Africa. She is part of the Mail & Guardian Top 200 in 2017, OkayAfrica Top 100 Women in 2020 and was awarded a Certificate of Excellence for her work by the Premier of Gauteng, David Makhura.

"The relatable content issue didn’t exactly inspire me to write a book, it inspired how I wrote it and who I wrote it for and about"
Books
2 years ago

Why are boys allowed to climb trees while girls have to play with dolls and tea sets? This extract from ‘Reflecting Rogue: Inside the Mind of a ...
Lifestyle
4 years ago