From Tiger King's prison diaries to Magda Wierzycka's memoir, all sorts of funny, inspiring and/or insightful nonfiction titles are set to hit the shelves. Best get your comfy reading spot ready ... 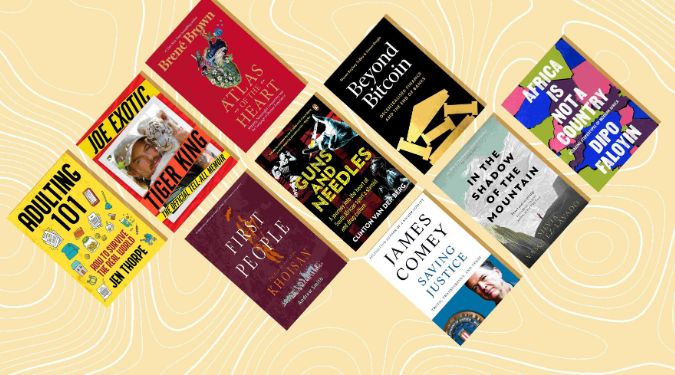 Exciting non-fiction titles to look forward to in the first half of 2022
Image: Siphu Gqwetha

Atlas of the Heart by Brené Brown (Penguin Random House): According to the blurb, the lauded intellectual and author of several bestselling works on shame, vulnerability and leadership takes the reader through 87 emotions and experiences that define what it means to be human. Yoh. Apparently, if we understand what we are feeling and doing we can communicate it. In other words, as the blurb states, the book helps “to show us how accurately naming an experience doesn’t give the experience more power — it gives us the power of understanding, meaning, and choice”. Says Brown: “I want this book to be an atlas for all of us, because I believe that, with an adventurous heart and the right maps, we can travel anywhere and never fear losing ourselves.” 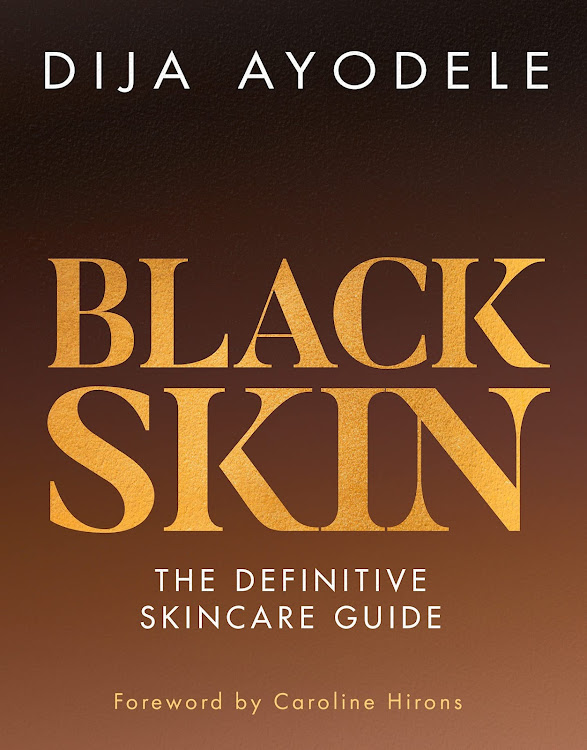 Black Skin by Dija Ayodele (HarperCollins): A pioneer in the beauty industry, Ayodele places black women front and centre in her practice and now offers her knowledge and expertise in this handy book. It’s a groundbreaking guide in which the author takes the reader through the entire process — sharing how to work out skin type, the dos and don’ts for an everyday routine, the best ingredients for your skin, as well as discussing issues that black women face, such as hyperpigmentation, general skin discolouration and increased dryness.

Tiger King by Joe Exotic (Simon & Schuster): There are not enough documentaries Netflix can run to satisfy the craving of investigating the motley crew of madcap characters in this absurd drama that transfixed the world, and now there is this book too — from the Tiger King himself. Shortly after his arrest (on charges including hiring a hitman to murder his rival, Carole Baskin), Joe began keeping a daily journal in prison. In support of his defence, he began writing everything he wished he could tell a jury. Little did he know that mere months later the self-proclaimed “gun-toting, gay redneck with a mullet” would become one of the most famous men in the world.

First People: The Lost History of the Khoisan by Andrew Smith (Jonathan Ball Publishers): Containing the latest academic research, this is a condensed history of Southern Africa’s first peoples. Professor Smith is an academic and expert with more than 50 years of research experience in the field of Khoisan and Khoekhoen history.

Spoilt Ballots by Matthew Blackman and Nick Dall (Penguin Nonfiction): The year 1910 brought about the Union of South Africa, the 1948 general election ushered in apartheid, and the Rainbow Nation was born in the country’s first democratic elections in 1994. Spoilt Ballots looks at these pivotal turning points in our history. But it also sheds light on a dozen lesser-known contests, starting with the assassination of King Shaka in 1828 and ending with the anointing of King Cyril at Nasrec in 2017.

Guns and Needles by Clinton van der Berg (Zebra Press): “The book infiltrates an extraordinary environment that includes the story of the youngest athlete (who happens to be a South African) to ever test positive,” says the blurb. “With doping numbers much higher than the international average, prominent sportswriter Van der Berg probes why this is so. Many of the stories have never been told, including that of the death of a young rugby aspirant and the bodybuilder who talks candidly of his 30-year odyssey with steroids.”

Beyond Bitcoin: Decentralised Finance and the End of Banks by Steven Boykey Sidley and Simon Dingle (Icon Books): Out at the end of the month comes this very handy book about DeFi — decentralised finance. They go beyond bitcoin and argue that DeFi — which enables financial transactions to take place directly without the involvement of banks — will disrupt respectable companies, if not entire industries.

Adulting 101 by Jen Thorpe (Kwela): Get this book in bulk for family and friends this year. The advice, tips and tricks on how to make this period of being a human much easier is not prosaic or filled with truisms, rather it is a fun, easy-to-follow guide on so many important things — taxes, relationships, sex, work and health.

In The Shadow of the Mountain by Silvia Vasquez-Lavado (Henry Holt & Company): A Latina hero in the elite macho tech world of Silicon Valley, in private Vasquez-Lavado was in the throes of alcoholism, hiding her sexuality and repressing the abuse she’d suffered as a child, so she started climbing. She became the first gay female to complete the Seven Summits, the highest mountains on each of the seven continents, and is also the founder of Courageous Girls, a nonprofit organisation that helps survivors of sexual abuse. Selina Gomes is to produce and star in a film based on Vasquez-Lavado’s life.

Saving Justice: Truth Transparency and Trust by James Comey (Macmillan): According to the blurb,: “Comey might best be known as the FBI director that Donald Trump fired in 2017, but he’s had a long, varied career in the law and justice system. He knows better than most just what a force for good the US justice system can be, and how far afield it has strayed during the Trump presidency. In his much-anticipated follow-up to A Higher Loyalty, Comey uses anecdotes and lessons from his career to show how the federal justice system works. From prosecuting mobsters as an assistant US attorney in the Southern District of New York in the 1980s to grappling with the legalities of antiterrorism work as the deputy attorney-general in the early 2000s to, of course, his tumultuous stint as FBI director beginning in 2013, Comey shows just how essential it is to pursue the primacy of truth for federal law enforcement.”

A Man, A Fire, A Corpse by Rofhiwa Maneta (Blackbird Books): The book tells the story of Captain Amos Maneta — a man who was most often referred to as “the top cop of Soweto” — as written by his son, journalist Rofhiwa Maneta. Through his father's story, Maneta examines the relationship between the police and public, SA and violence, and what it takes to be an honest policeman.

Africa Is Not a Country by Dipo Faloyin (Penguin Nonfiction): We, and the rest of the world, still look at our continent through a particular lens where stereotypes are common. Faloyin wants us to see the diversity and challenges that each country on this vast continent faces. There are debates about which country makes the best jollof rice, insights into different regional accents, discussions about the dangers of white saviours and how some countries are so new. Faloyin’s book seems like it could be an absolute joy to read, with major truth bombs.

Unforgiven: Face to Face With My Father’s Serial Killer by Liz McGregor (Jonathan Ball Publishers): McGregor is a well-known South African journalist. When her father Robin, an older man living in a small town outside Cape Town, was brutally murdered in his home, a man named Cecil Thomas was convicted for the crime, but his trial left more questions than answers. And Liz wants answers. What drove Thomas to torture and kill a complete stranger?

Tencent: The Inside Story of the Tech Company Changing the World by Lulu Chen  (Hodder & Stoughton): If you listen to any reports on the stock market, Tencent appears daily. A Chinese entity, Tencent became the world's fifth-largest company, overtaking Facebook. Award-winning journalist Chen tells the story of how Tencent became an essential part of digital daily life and asks what the consequences will be for us all. 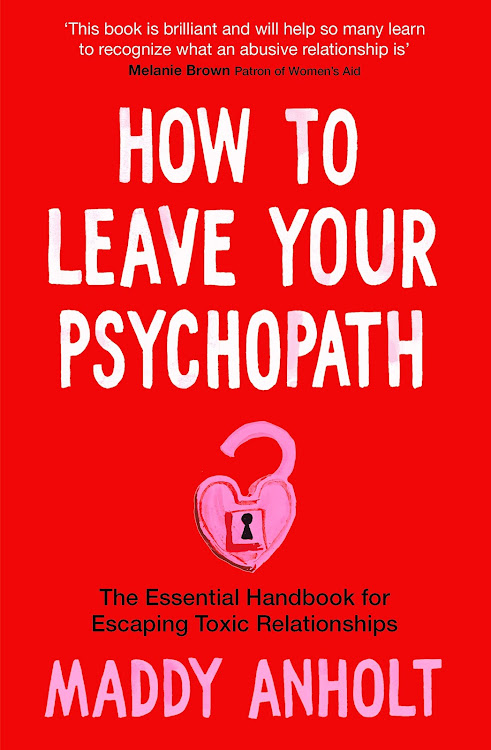 How to Leave Your Psychopath : The Essential Handbook for Escaping Toxic Relationships by Maddy
Image: Supplied

How to Leave Your Psychopath by Maddy Anholt (Pan Macmillan): “Anholt has written the ultimate guide to identifying the psychopath in your life. Combining scientific analysis with throat-tightening memoir, read this and extradite yourself from the power players. Taut, terrifying, terrific,” says Nichi Hodgson, author of The Curious History of Dating.

Return to the Ruins by Lucas Ledwaba (Blackbird Books): [The book] takes a look at the contentious issues of land reform and restitution in postapartheid SA,” the publisher writes. “It tells the stories of communities engaged in a battle to regain land forcefully taken away from them and their forebears during the apartheid years. The stories range from successful claims that have turned communities against one another, their long struggle against government's bureaucracy and the political wrangling around the land issue.”

Magda by Magda Wierzycka (Penguin Non-fiction): Wierzycka is probably one of the most interesting, enigmatic and dynamic people in SA. This is her compelling story of how she, as a Polish refugee, rose to become the richest woman in SA. She tells us the story of her life, the founding and success of Sygnia, and her role as an outspoken critic of corruption. Also as a woman in a male-dominated world, she reveals shocking anecdotes about sexism in the workplace in the 1990s and how she overcame it.