Indebted or in denial? A candid look at what it means to be white in SA today

Photographer Sydelle Willow Smith’s five-year-long project sets out to unsettle whiteness and its easy assumptions about how the world works, or should work

To settle is to make a permanent home somewhere. Across many colonised lands, the word settle implies violence because, historically, "settling" has not meant harmless home-making, but the destruction of what existed before.

In SA, the history of settling and of settlers is a white history, and includes genocide, stolen land and slavery (of indigenous as well as Malay, Indian and West African people).

These systems have included migrant labour, "the dop system" and the underdevelopment of black education, all towards the creation of an excess of cheap black labour to accumulate white profit.

Where "whiteness" has settled itself, it has unsettled indigenous culture, language and lifestyle. But, as we continue to see the racist power relationship of "settlerism" play out hundreds of years later, we encounter stubborn white denial of this pain and suffering.

Sydelle Willow Smith's photographic body of work, Un/Settled, examines this idea, addressing the question of what it could mean to unsettle whiteness and the innocence it easily claims.

The project's main inquiry is into whiteness itself, trying to understand the dynamics of its power, and whether anything unites "white identity" across white people of different genders, cultures, languages, religions, and economic backgrounds.

It also delves into differences, offering stories of whiteness through the lenses of anti-racist, anti-patriarchal activism and apartheid fixations.

Smith's project is itself an "unsettling" act, a white ethnography switching up the historically colonial perspective of the camera, which routinely rests its gaze on black subjects.

Combining portraiture, landscapes and the candid capture of white life with lengthy captioning from interviews, the project engages a social curiosity, while locating South African colonial and apartheid history as a living legacy of whiteness. 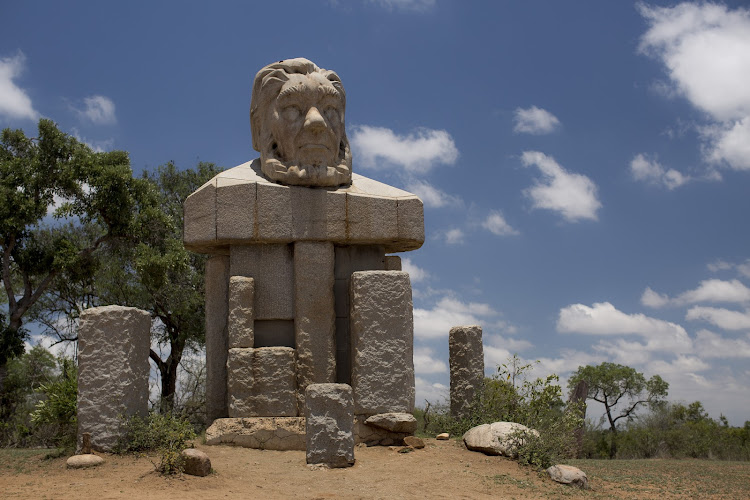 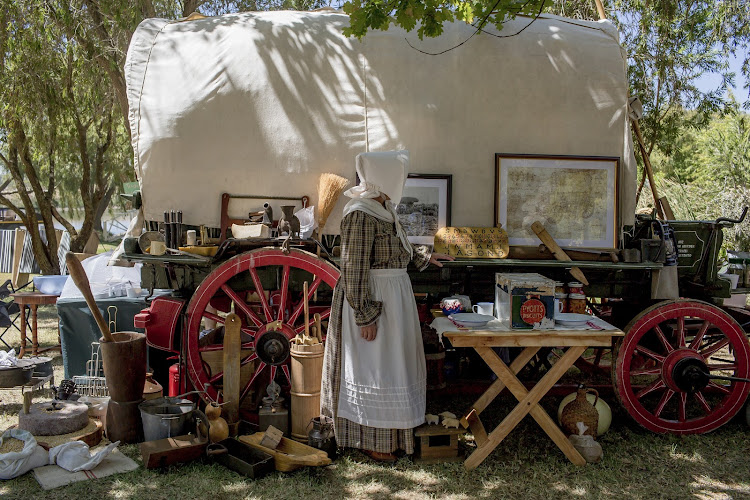 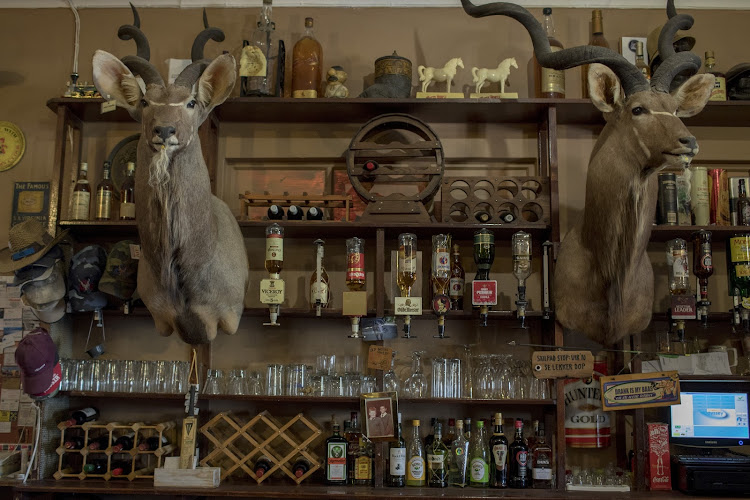 In some cases, Smith challenges her subjects to explain their world views. In others, she gives them space to speak honestly about their approaches to being white in SA now.

Smith, as photographer and anthropologist, makes explicit the impetus for white people to gaze at, examine and form critical, rooted perspectives on their own inheritance and their histories of power and privilege.

It's impossible to completely flip the ancient power of the white gaze on its head, but the images and texts offer some insight into white performativities, often hidden behind a layer of presented "neutrality".

Photographed gazing into the distance, a river in the background, a dry landscape and stormy skies, Boshoff is the familiar white patriarch, unwilling to abandon an imagined authority over the land, over women, and often over black labour - this entails an entitlement to resources.

On the other hand, Chavi Alheit, a manager of art in Sea Point, is quoted as saying: "I just think white people, white South Africans, are the luckiest nation, community, whatever you want to call it, in the world."

The stark divergence makes it clear that white people continue to have the choice of whether or not to acknowledge their history and inheritance, whether or not to oppose institutional racism in contemporary society, suggesting that white solidarity is an action of chosen empathy, rather than a systematically implemented one, via reparation policy or otherwise.

Shane Lukhanyo Eades, a white sangoma-to-be, leans in to a possible controversy around the ethics of cultural appropriation versus the "universality" of human spirituality. Eades acknowledges that "white privilege is horrific", and has a grounded sense of the nefarious nature of white ancestry, particularly in his own spiritual practice, but it's difficult to ignore the fact that instead of connecting with this history in a form reflective of his own culture, he chooses to perform his spirituality through Xhosa signifiers.

Is Eades a symbol of the depths of the freedom of choice white people have — access, sanctioned by colonialism, to "other" knowledge systems and cultures?

The power of "whiteness", outside of these niche manifestations, surfaces in difficult ways.

Liberalism, especially among those defending "struggle credentials", is one of these. Being white and liberal in SA is often associated historically with English and Jewish whites, and the accompanying old money, education, and suburban life.

White liberals, supporters of democratic SA, have often spent their lives speaking against apartheid and racial discrimination, and teaching their kids similar values. But most often, they continue to enjoy the resources they gained through colonialism and apartheid, and frequently buy into exploitative systems that employ cheap black labour, in their homes and in the workplace.

Albie Sachs, former Constitutional Court justice, ANC activist and another of Smith's subjects, alludes partially to this white stasis. He describes white people who "want to do something", who acknowledge their privilege, but who "don't know what to do and don't know how to express it".

What Sachs describes may be true, but this emotional gesture protects a white inheritance that's been unfairly gained. Many years have passed since the end of apartheid, and white liberalism should be called into question — its "intention" is too often exposed as disingenuous and reveals an unwillingness to change.

The status quo will not change if white people continue to do the same things — leading expeditions around Africa, owning land worked by black people (regardless of employment ethics) and employing cheap black labour in the suburbs.

This observation is neither about the intent nor personality of the white subjects in Smith's project.

In understanding the nuance granted to each of their various positions, we can see how it is individuals that make up the components of a system, and it is this system, regardless of intent, that reproduces racialised relationships of discoverer and discovered, worker and boss, madam and maid. There have been no reparations to pay, and thus economic and social power in SA has largely remained unshifted.

Posed in forests, on beaches, and against landscapes, Smith's subjects enjoy the space around them, the certainty of being listened to. Operating in the vastness of the land that works for, or is worked for them, they cannot but assert themselves as people, undermining the core mechanism of the ethnographic study.

Outdoor portraits, packed scenes of partying teenagers, holidaying families and empty landscapes: from those expressing radical racial solidarity to those spouting tired racially motivated hatred, the images both reinstate subjectivity and diversity while also acknowledging whiteness as an entity, a decodable system. 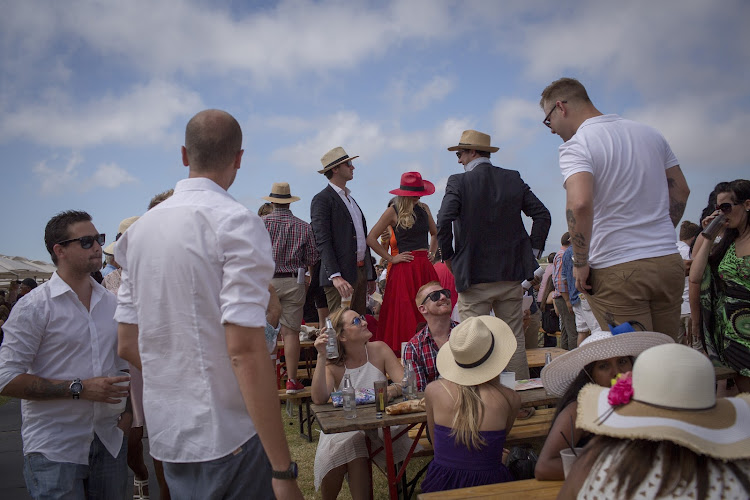 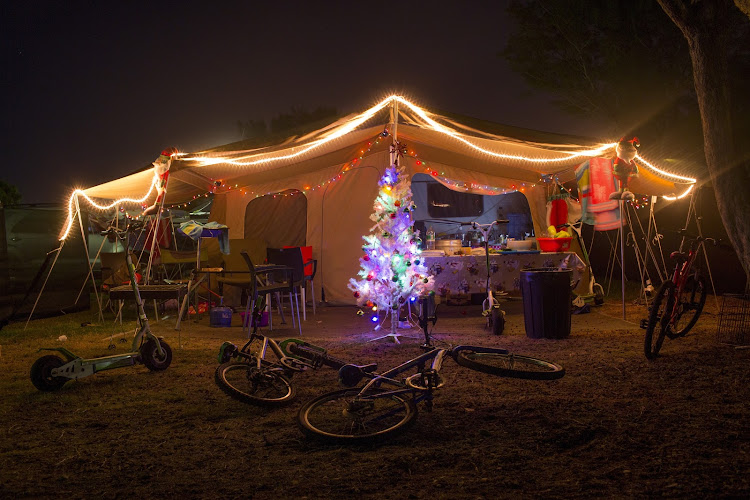 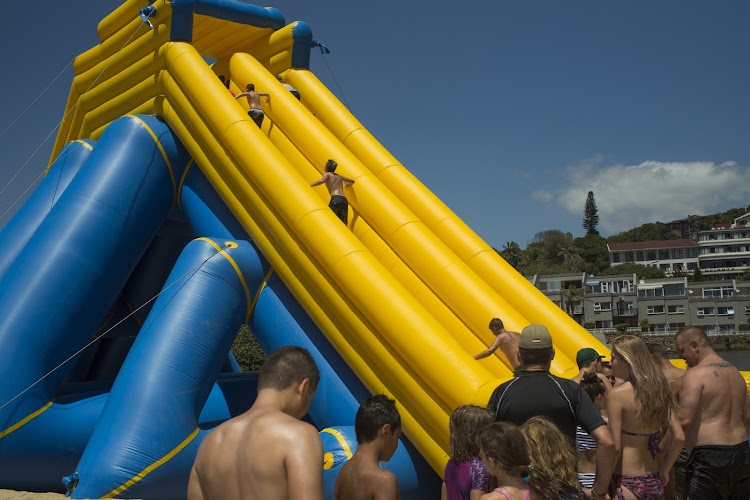 Of course, the intention in shifting the photographic gaze is to shift power. The project allows us to consider whether this is possible - perhaps through the exposure of whiteness to white people themselves.

Does gazing at whiteness, square in the face, at least make it flinch a little?

Photographer Sydelle Willow Smith on the thinking behind 'Un/Settled':

We are all shaped by the cultural waters we swim in. As someone who grew up in the years just after apartheid ended I was told repeatedly that I am a child of the Rainbow Nation. Yet in SA our relationships are largely mediated — affected, limited, constrained, corroded — by race.

The history of white people on this soil is so violent and greedy that I am required to justify my continued presence here as a white person, and as a photographer. This is not a task other people have demanded of me - not until recently, anyway. I need to turn the lens on the world of whiteness I access, the spaces of privilege, the shame and uncomfortable sense of belonging. I need to reflect.

The history of white people on this soil is so violent and greedy that I am required to justify my continued presence here as a white person, and as a photographer

But this project is not a didactic speech or a proclamation. Un/Settled is a place of vulnerability, and also a place of curiosity. It is a record of a moment in our collective history worth recording, whose origins lie somewhere behind and among us, that can only be disrupted through honest engagement.

For the past five years I've worked on the project intermittently, sometimes with a writer collaborator, Olivia Walton.

I have included symbolic images of landscapes reflecting ideas of ownership and dominion over land, history and place that are inextricably linked to the origins of settler colonialism and the continued sense of entitlement many white South Africans carry with them.

The project is participatory. It's a conversation on many fronts, and the nature of that conversation will, over time, shape the work profoundly, which is why I am publicly exhibiting the project.

• 'Un/Settled'  is installed on Government Avenue in the Company Gardens in Cape Town for Infecting the City Public Arts Festival until January 2020.

Over the past decade, photographer Ilvy Njiokiktjien has been exploring, in pictures, the lives of our born-frees, and on how far (or not) our ...
Lifestyle
9 months ago

Photographer Jabulani Dhlamini examines the strength of the rainbow nation's foundation in his latest exhibition, 'Isisekelo'
Lifestyle
9 months ago

'Being here now' is the theme that binds the works of six female photographers in in(sight), an exhibition that explores what it is to see and be seen
Lifestyle
6 months ago