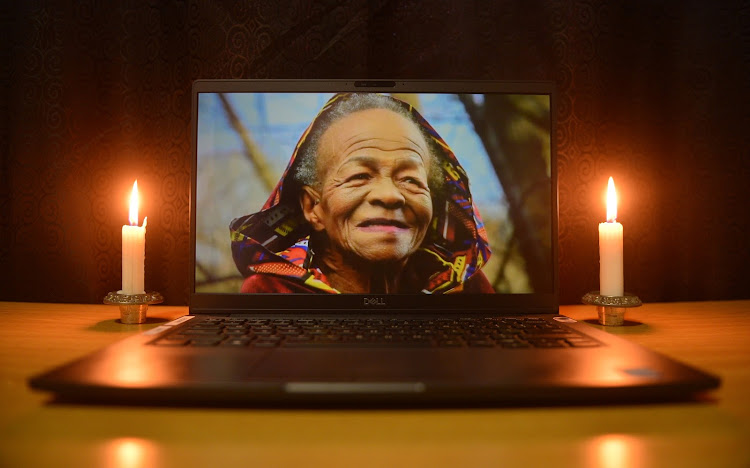 As SA mourns the passing of veteran actress Mary Twala, she is remembered for her talent and the great passion she had for her craft.

In honour of a life well lived, here are seven things you might not have known about this national treasure:

1. TALENT RUNS IN HER FAMILY

Twala was married to the late actor and director Ndaba “Mshefane” Mhlongo.

Together, they were blessed with a son, Somizi Mhlongo, who is a talented choreographer, actor and presenter.

If this doesn’t scream “talented family”, we don’t know what does.

2. SHE WAS CONNECTED TO HER LOVE UNTIL THE VERY END

Mam’Mary, as she was affectionately known, passed away on July 4 at the age of 80 at Park Lane Hospital in Johannesburg. This date was the birthday of her late husband.

3. HER CAREER SPANNED MORE THAN HALF A CENTURY

Twala was cast in her first role after her older sister took her to an audition in 1963. Directors and producers soon fell in love with Mam’ Mary’s talent and work ethic and she went on to have a career spanning 57 years.

Apart from her roles in some of Mzansi’s best soapies including Yizo Yizo, the veteran actress also appeared in numerous stage plays and films including Taxi to Soweto and Mapantsula.

Her final appearance on the big screen was in the upcoming indie movie This is Not a Burial, It’s a Resurrection, which has won several international awards.

WATCH | The trailer for Mary Twala's final film 'This Is Not a Burial, It's a Resurrection'.

4. SHE AND SOMIZI APPEARED IN THE SAME MOVIE

One of Twala's most memorable roles was playing the titular character's grandmother in Sarafina! — a 1992 movie which also starred her son, Somizi.

Somizi was cast as Fire, a student leader who played a key role in the Soweto uprising, which the plot of the film centres on.

5. SHE STARRED IN SEASON ONE OF GENERATIONS

For many years, Generations was one of Mzansi’s most-loved soapies and Twala appeared during its very first season in 1994. She played a guest role which she executed with the utmost excellence.

6. SHE WAS A MUCH-LAUDED ACTRESS

Throughout her career, Mam’Mary received recognition for her craft and won various awards.

In 2015, she won a Golden Horn for Best Actress in a TV Comedy at the South African Film and Television Awards for her role as MaKhambu in Skwizas.

In 2011, her role as MaDolly on Hopeville got her nominated for a Best Supporting Actress award at the sixth Africa Movie Academy Awards.

In 2018, the Mbokodo Awards, which honours women in the arts, saluted her with a Lifetime Achievement Award. In 2019, she received The Standard Bank Top Women Lifetime Achiever Award.

7. SHE RECEIVED A NATIONAL ORDER

In 2019, the veteran actress was awarded the Order of Ikhamanga in silver by President Cyril Ramaphosa. According to The Presidency's website, she was given this honour for “her excellent contribution to the performing arts and for creatively raising awareness on women’s health issues through storytelling”.

A note on the website adds, "[Twala's] sense of humour and humility on and off stage has endeared her to the nation at large”.

• This article is adapted from one originally published on the SMag section on the SowetanLIVE website. Visit sowetanlive.co.za/s-mag

Tribute to Mary Twala planned for 'Dinner at Somizi’s' premiere

Somizi's show will open with a tribute to Mary.
TshisaLIVE
1 year ago

Fans have paid tribute by posting several of her best moments on screen.
TshisaLIVE
1 year ago

'She has joined her sweetheart': Marah Louw pays tribute to Mary Twala

"Mary has never disappointed or been an embarrassment to the nation. She is my superstar."
TshisaLIVE
1 year ago