In the bleak late '70s and '80s, the fabulous drag queens of the Cape laid the groundwork for liberation movements all over the country, writes Lin Sampson 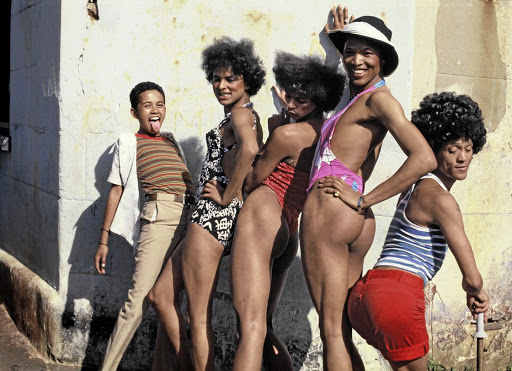 During the lockdown years of apartheid, drag for many subcultures in the Cape Peninsula became a way of expressing political freedom.

In those years, the years of District Six, the Cape shimmered with sequins and tulle, deep, rich and luscious, a catherine wheel of Marilyn Monroes, Sandra Dees, Zsa Zsa Gabors and even Miriam Makebas as drag flamed, often in secret, across this spiny landscape.

There was hardly a child brought up on the Cape Flats who didn't have an uncle or a cousin who liked to slip into a frock. The neighbourhoods were full of Biancas, Francescas, Natashas and Michelles, many of whom I interviewed.

These queens laid the groundwork for liberation movements all over SA; names such as Simon Nkoli and Michele Bruno in Johannesburg as well as international stars like Patti LaBelle.

IN PICTURES | Drag queens strut for change in Khayelitsha

Six drag queens and one photographer took to the streets of the Cape township in a campaign to embrace cultural traditions and fight discrimination ...
Lifestyle
2 years ago

The dragoratti's lives revolved around the annual carnival, which always included a glittering pile-up of queens in vaudeville paint. In apartheid days dressing as a woman was illegal and these belles blossomed at carnivals and pageants, but the rest of their lives were often tragically shadowy and secret.

These transetters were keen paraders and event lovers. The clothing industry's Spring Queen pageant was spotlighted with sparkling gemstones as carnival cuties vogued around in glossy wigs. "The effect was quite magnificent," said Stellenbosch drag artist Enigma von Hamburg.

One day in 1976, driving through District Six, the area looked like something from the war-torn Western Front. There were no people around, the earth was scarred and you could see fully furnished houses through a filigree of crumbling bricks. And then suddenly emerging from the devastation was this glittering group of "mannequins". That is the word they used. "Welcome to Madam Two Swords," the one in loud leopard skin shrieked. "We are mannequins." 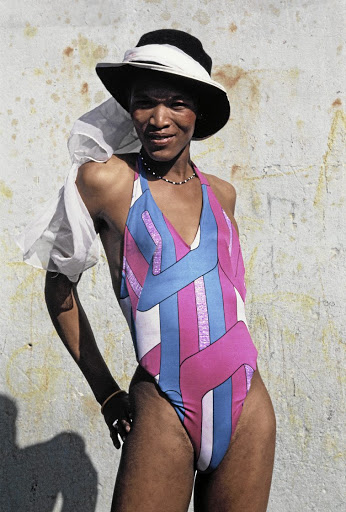 They were frenzied with excitement when they saw the photographer. They pouted and clawed the wall. They had no money; their clothes were put-togethers from friends and even trash cans. They smiled, they laughed, they shrieked. They did not look unhappy and yet this was the day they were leaving the place, District Six, where they had lived forever.

Forced removals under the Nationalist government gave people 24 hours to leave the places they had lived all their lives. They were pulled from clusters of houses all over the peninsula, small whitewashed cottages in Constantia, crumbling Victorian houses with overhung balconies in District Six.

Uprooted without explanation and taken to desolate places with euphemistic names like Blue Downs where the houses were only half-built and gardens were cement. It was a moment of deepest shame for the country.

It was in these soulless outlying suburbs that the groundwork for liberation movements all over SA began to form as apartheid bit deeply into the meaning of life. In 1954, coloured people were removed from the voters' roll in an act of lurid stupidity.

In a community not used to confrontation, easily silenced, many resorted to other means of showing their freedom. Drugs and drink became easy allies. Dressing up relieved tension. "It just made us feel a bit jolly," said Bianca, a transexual I interviewed at the time.

After my encounter with the mannequins of District Six, I found myself gathering thread on drag in the Cape Peninsula as I perused again and again the images of this brave little band of fashionistas, who were delaying the fatal fritz of forced removals with feathers in their hair. I got to know many who were still shuttered behind closed doors watching American drag queen and reality-show host RuPaul.

Is drag culture having an identity crisis?

How inclusive can a movement be when it insists on ever more exclusive and hostile definitions of who gets to speak or be seen, asks Monique Verduyn
Lifestyle
2 years ago

Then I came across Mogamat Benjamin, the storyteller of the city, doing a gig at the District Six Museum. He'd grown up in District Six, the second oldest of 11 children who was forcibly removed at the age of 14 to Bonteheuwel. "When we got there, to this big place, we just didn't know where we were."

He carried with him a paper packet with photographs of the crushed remnants of his life in District Six, where his father sold tea.

Benjamin was one of the great queens of the Cape and was known variously as PP Arnold, Samantha Fox or Kafunta. He was the first Gay Miss World in 1976 and his role model was the famous queen Kewpi, now dead. "She was my mentor. I loved her. She told me to just be me and encouraged me to play netball." He played with an all-girls' netball team for many years. 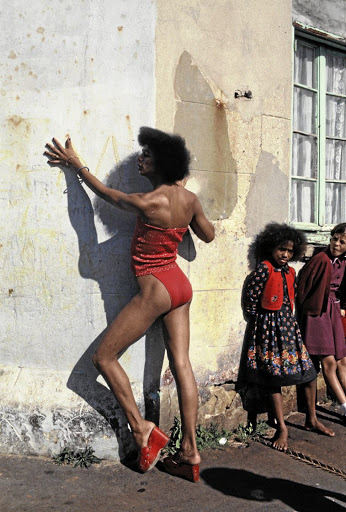 I met him just a few months before he died. He was in the midst of writing a book with the wicked title From Moffie to Mecca. With his delicate manners, his joy of life and his pure love of dressing up, he remains in my mind as a man who has given the world great pleasure and asked for little in return.

Sometimes, when looking at a picture, I'd ask: "Is she a man or a woman?" And he always answered: "She is a queen."

"My life in District Six was very good. As I get older I miss it a lot. Sometimes if I don't have work for the day I will just come in to walk around. Having your home taken away is something you never quite get over.

"We were poor. Dressing up as a carnival queen was respite." He had tolerated ridicule. He chanted, "Sticks and stones will break my bones but names will never hurt me."

Showing these nearly half-a-century-old photos to Benjamin unleashed torrents of nostalgia in him. "Ah, that's my brother Miranda," he said tearfully. "She had to tolerate jealousies all her life because she was so beautiful. She wears a wig, but look at her face, that is the face of a top model, check the cheekbones."

In SA drag nods to oppression, but there is the hope that it will beef up in the years to come and all the gender variants, the transsexuals, transvestites, gay dress-ups, will flame across the continent, bringing colour and glamour and love.

"We are working with our memories," Benjamin told me. "It's very important for people who lived during those times to remember."

'All my life I’d known something was off': Breaking gender’s chains

Feeling that you have been born into the wrong body is distressing for a child — and can be equally agonising for parents unsure of how to deal with ...
Opinion & Analysis
1 year ago

A white-faced clown and novice singer have turned a once-tatty country hotel into a weekend getaway sensation of flashing sequins, feasting and ...
Lifestyle
4 years ago

“SufferK8 is the name of my drag character because I feel suffocated when I’m not in drag,” says Gavin Collins as he applies make-up to his cheeks in ...
Lifestyle
3 years ago