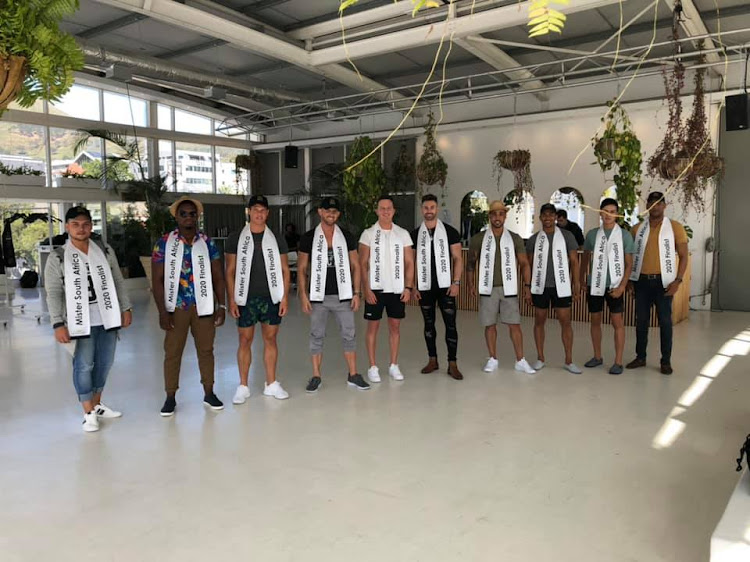 The Mr SA pageant has again got tongues wagging on social media after snaps of this year's top 10 finalists went viral on Wednesday.

It all started when Mr SA posted pictures of the contestants participating in an underwear shoot. The winner of the Mr SA pageant will be announced at a glitzy ceremony on November 28.

Several snaps from the shoot were shared on Twitter, and users quickly compared the contestants to those in the Miss SA pageant.

A sneak peak of our 2020 Top 10 during a Niku Underwear shoot. Get your Finale ticket and see the Top 10 strut the...

The pageant's organiser had previously told TimesLIVE it was unfair to compare the two pageants, saying the criteria was different.

“To a certain extent I can understand people's misconception in terms of comparing us to Miss SA. I can't speak for their judging or entry criteria because they are a separately owned entity,” JP Robberts, CEO of the Mr SA brand, said last year.

In a post last week the pageant outlined what they were looking for in their Mr SA: “Mister SA is someone who shows attributes such as humility, compassion, integrity and professionalism. Most importantly, someone who can be a role model, an inspiration, and someone who SA’s younger generations can look up to, a everyday hero [sic].”

Still, like last year, social media was filled with comments about the finalists' looks.

Some even said the competition was so “weak” it had given them hope for entering next year.

Others defended the competition, saying the pageant should be televised so South Africans can see beauty pageant contestants they can relate to.

Mr SA also need to be televised 💀 so should Miss Plus Size...👀 corz most people relate to them... different shapes... sizes... tattoos... piercings... 🙄not every one is a Victoria’s Secret model mxm pic.twitter.com/oxY8epEsoZ

There's always something wrong with Mr SA I don't know if it's the picture quality or what but... pic.twitter.com/737dTLRVUy

Why are those Mr SA finalists leaning against the wall like that? Agh maaan 😂

So ku Mr SA you can come without a 6pack and looking like David Beckham but Miss SA you need to be oVictoria Secret kinda vibes? https://t.co/0ymtCE6yET

Mr SA finalist Pinkie Salman's life, even after his Mr South Africa loss, is on the up. He recently took to Twitter to share that he is working on a ...
Lifestyle
2 years ago

Mr South Africa finalist Pinkie Salman kept his chin up despite losing the competition to Heinrich Gabler. "I am good enough," he told his Twitter ...
Lifestyle
2 years ago

Pinkie for prez? Mr SA will do, thanks very much.
Lifestyle
3 years ago

We chat to JP Robberts, CEO of the Mr  SA brand, about social media's strong reaction to the pageant's 2019 finalists
Lifestyle
3 years ago