The royal and her husband, Jack Brooksbank, honoured their ancestors when choosing their little one's moniker 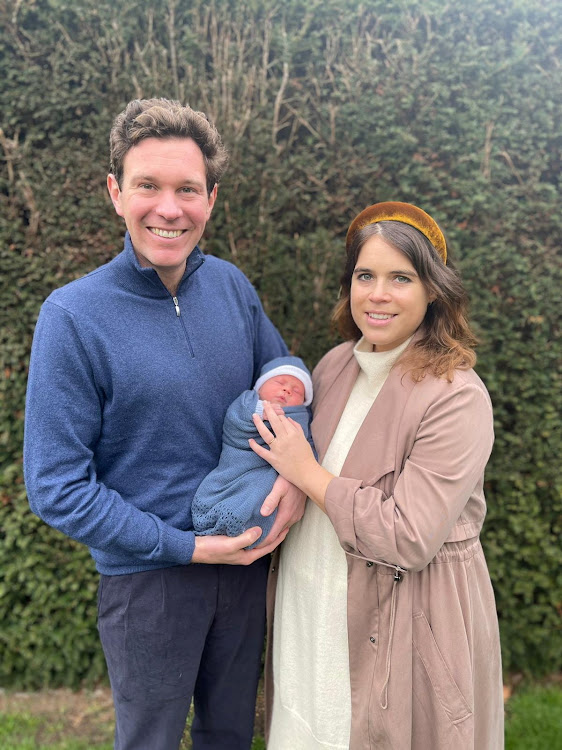 "Our hearts are full of love for this little human, words can't express," Britain's Princess Eugenie said of the son she shares with husband, Jack Brooksbank, as the pair announced their firstborn's name on Instagram.

Born on February 9, the infant has been dubbed August Philip Hawke Brooksbank in honour of the couple's ancestors.

Although his mother is a princess - she's the granddaughter of Queen Elizabeth - the child himself does not have a royal title. (Read why here).

Princess Eugenie explained on her Instagram Stories that the couple had named their baby "after his great grandfather and both of his great x5 grandfathers.”

August is one of the middle names of Queen Victoria's consort Prince Albert, while Hawke is apparently a Brooksbank family name.

Philip is a nod to Princess Eugenie's own grandfather, the 99-year-old Prince Philip, who is currently in hospital.

The new mom also shared some gorgeous snaps of her family, which she says were taken by their midwife. She used the opportunity to thank the "wonderful essential workers" for their efforts during the pandemic.

Princess Eugenie is the daughter of Queen Elizabeth and Prince Phillip's scandal-ridden son, Prince Andrew, and his ex-wife Sarah Ferguson AKA Fergie. The baby is the pair's first grandchild, and the queen's ninth great-grandchild.

Britain's Princess Eugenie recently gave birth to her first child at The Portland Hospital in London — the same place where she'd been born 30 years ...
Lifestyle
11 months ago

As such both Princess Eugenie and August have a claim to inherit the British thrown. They currently occupy the tenth and eleventh spots in the line of succession, but will each move down a place when Prince Harry and Meghan, the Duke and Duchess of Sussex, welcome their second child, which will presumably happen later this year.

Britain's Princess Eugenie, granddaughter of Queen Elizabeth, has given birth to her first child, a baby son, with husband Jack Brooksbank, ...
Lifestyle
11 months ago

Britain's newest royal baby has made his debut!
Lifestyle
11 months ago

Meghan, Duchess of Sussex, has a royal bun in the oven.
Lifestyle
11 months ago