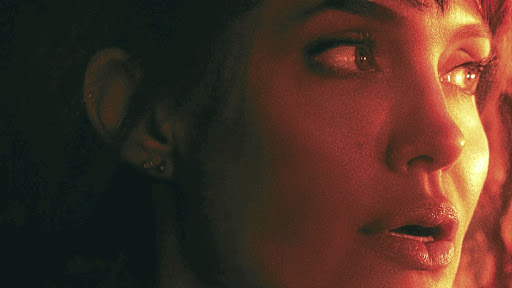 Angelina Jolie returns to our screens in 'Those Who Wish Me Dead'.
Image: Warner Bros

There's no better time for fantasising about our ability to survive extreme scenarios than in the midst of a global pandemic. Enter director Taylor Sheridan, whose new film, Those Who Wish Me Dead, continues his preoccupation with mixing tense wilderness survivalist stories with elements of film noir that sometimes overreach their genre tropes with existentialist philosophical ponderings.

Sheridan, whose previous work includes acting, writing the acclaimed Western neo-noir Hell or High Water, directing the 2017 Jeremy Renner survivalist noir Wind River and creating the modern-day Western series Yellowstone starring Kevin Costner, is interested in what happens when everything around you is imploding and all you have is your own ingenuity and toughness.

It's quite a few steps removed from the happy-go-lucky survivalist world of a Bear Grylls reality show.

There are heavy echoes of David Cronenberg's A History of Violence in the opening scene in which two creepy looking men claiming to be gas company workers (Aidan Gillen and Nicholas Hoult) arrive at the door of a Florida home. Before you know it they're back in their car, wiping bloodstains off their shirts, watching as the home they've just entered explodes into flames, killing the district attorney and his family.

WATCH | 'Those Who Wish Me Dead' trailer.

Sheridan quickly places us in a murky story that involves the assassins' search to eliminate anyone with information implicating their shady employers in a (never explained) web of corruption that we're told extends to the top of the US government.

Their next target is a widower and single-father accountant (Jake Weber) in Jacksonville, who, when he hears of the death of the DA, freaks the bejesus out of his young son (Finn Little) by turning the car around during school drop-off and heading off to Montana to escape his own imminent elimination. He's aiming to find protection in the home of his sheriff brother-in-law (Jon Bernthal) and his pregnant wife (Medina Senghore), who run a survival camp in the woods.

Meanwhile, elsewhere deep in the Montana forest, smoke-jumper, firefighter and self-destructive PTSD sufferer Hannah Faber (Angelina Jolie) is preparing to begin her stint in a remote fire tower, far above the trees spread out below.

With the threat of an inferno that will obliterate everything in its path and the dogged determination of two ruthless, cold-blooded killers in pursuit of the accountant and his son, the stage is set for a crossing of paths and the confluence of a series of disastrous circumstances that throw fire, firefighter, men with firepower and their hapless targets together in an all-consuming battle for survival.

Jolie gets to return to a smaller version of the ass-kicking action-stunt fare she has pulled off on bigger platforms in films like Salt and Tomb Raider, while everyone
else pretends they're participating in something more meaningful than the preposterous piece of B-movie silliness the film refuses to accept it is.

It's executed tightly enough, and there are some awesome flame-engulfed inferno set pieces, but ultimately it tries too hard to be something more than it is. In the end, once the smoke has cleared, you're left wondering what the point was and whether anything except the awesome spectacle of the fire really mattered anyway.

• 'Those Who Wish Me Dead' is on circuit.

'Them' neglects to tackle the full horror of racism

The former king of British cinema makes a desperate attempt to relive past glories. Someone tell him times have changed and movies have changed with ...
Lifestyle
1 year ago