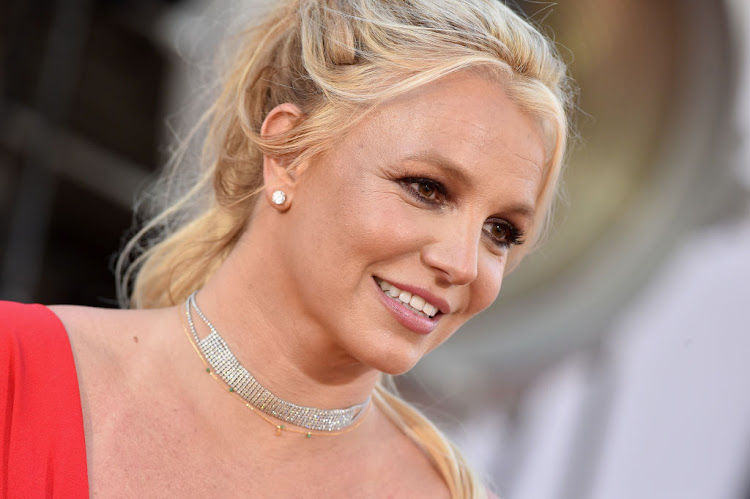 US singer Britney Spears's has lashed out at her family amid her battle to end her controversial conservatorship. File image.
Image: Axelle/Bauer-Griffin/FilmMagic via Getty Images

US pop star Britney Spears says she “will never be able to let go and fully move on” until “I’ve said all I needed to say” as she continues speaking out amid her conservatorship battle.

In an Instagram post shared on Monday night, the Toxic hitmaker shared an image with her 32.1 million followers that read “one day at a time”.

Next to the image she wrote: “So I said ‘life goes on’ in one of my recent posts, but it’s always easier said than done.

“In that moment that’s what I felt was the easiest to say, but I think we all know I will never be able to let go and fully move on until I’ve said all I needed to say, and I’m not even close. I was told to stay quiet about things for so long and I finally feel like I’m just getting here.”

This on the back of two other lengthy posts the mother of two shared on the platform, where she criticised her family and those closest to her for failing to support her in her time of need.

In one post, she lashed out at her father and sister particularly, revealing that because of their actions, she would no longer be performing on stage any time soon.

“This conservatorship killed my dreams so all I have is hope, and hope is the only thing in this world that is very hard to kill,” she said.

In another, she again took a swipe at her family: “There’s nothing worse than when the people closest to you who never showed up for you post things in regard to your situation, whatever it may be, and speak righteously for support.

“There’s nothing worse than that. How dare the people you love the most say anything at all. Did they even put a hand out to even lift me up at the time? How dare you make it public that now you care. Did you put your hand out when I was drowning ?

“Again, no, so if you’re reading this, and you know who you are, and you actually have the nerve to say anything about my situation just to save face for yourself publicly.”

The singer’s father, sister and mother have publicly spoken out on the conservatorship since Spears’ public address.

Spears, 39, has been vocal on a number of occasions since she first addressed a US judge back in June about her controversial conservatorship.

She told the judge she wanted her life back and for the 13-year-long arrangement to end, which she labelled abusive and said had left her unhappy.

While the judge did not make a ruling, Spears won the right to choose her own lawyer to help her end the guardianship.

A month later, the pop star was back in court when she tearfully pleaded for the court to immediately oust her father, Jamie Spears, from the role of controlling her business affairs.

Jamie has been a major figure in the conservatorship since he set it up in 2008 when his daughter had a mental health breakdown.

“You’re allowing my dad to ruin my life,” Spears told the Los Angeles judge by phone on July 14.

“I have to get rid of my dad and charge him with conservatorship abuse.”

‘My dreams have been killed, but I have hope, which is very hard to kill’

US pop star Britney Spears has apologised to her fans for "pretending like I’ve been OK the past two years", as she continues to speak out on her ...
Lifestyle
1 year ago