Gold Reef City clanks back to life after the latest lockdown

A springtime of new hope has arrived for the employees of this Joburg institution, writes Ufrieda Ho 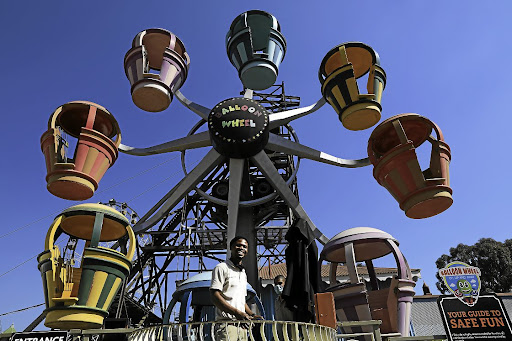 The giant snake fell into slumber this winter. Lockdown's soporific spell made the silence grow thick and with it Jozi's monster anaconda slipped into quiet retreat in her old miners' pit. The Anaconda is a 90-second slither of theme park terror and thrill — the undisputed queen of Gold Reef City. But level 4 lockdown can make even queens cower.

A fortnight of lockdown dragged on, turning into a month-long shutdown for the park. Gold Reef City celebrates Joburg's mining origins with late-1880s-inspired buildings and gold rush décor. By the end of July, though, it started to feel eerily frozen in the bygone era it evokes.

Gone were the screams of those who dared to line up at the Anaconda's cave or the bold who sucked up the courage for the vertical drop of the Miner's Revenge or to take on the twists, dips and spirals on the High Flying Maverick fighter planes. Leaves grew thick on the tracks of the park's train and trails of dripping ice creams evaporated like the laughter of children on the carousel of magical dragons and mermaids.

For a moment it felt like giant tumbleweeds might blow down the deserted walkways, past the shuttered sweet shops, the themed restaurants and even the on-site chapel that before Covid-19 was beloved for Las Vegas-style quickie, quirky nuptials. 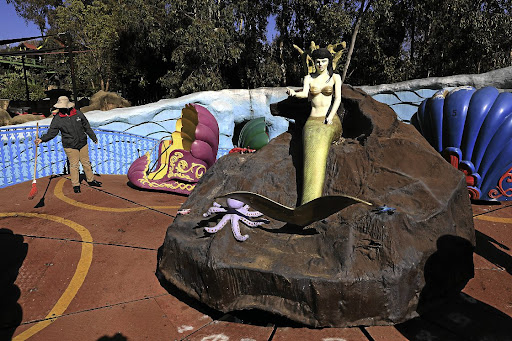 But all things pass, even hard lockdowns — also some weekend marriages. As the August winds churned up Jozi's wasted gold dust, they also blew in possibility and anticipation.

Life after lockdown is the promise that there is still a future that awaits us, not all
is lost. And so, southern Africa's last remaining theme park started dusting itself off to start over.

Life was being coaxed back into the park the Friday before the first weekend re-opening. At the rides technical teams busied themselves with final test runs for the 23 thrill rides and 11 kiddies' rides. Sensors had to be checked, parts oiled and replaced and even weather data got a quick update.

Hiscliff Groenewald is one of the park's longest-serving technicians at 27 years' service. "This park is like my home; it is my life. So not coming to work all these weeks has been hard for me. I'm happy that the park will open again and that the people will be back," he says.

He's watched a generation of children bound through the theme park doors, rushing for a front seat on a ride while parents hold juice packs and jerseys. He did the same for his children who were park regulars when they were little and could boast that they had been on all the rides before everyone else.

"You can't get through all the rides in one day — that's why people keep coming
back," he says.

Gold Reef City is a Joburg institution, surviving and remaking its relevance over the decades like everything else in a young city open for anyone to stake a claim — just like early gold-digging pioneers did.

As Groenewald chats he supports an impossibly high ladder on top of which is perched Barry Fegen. He's checking the "ears and eyes" — the digital heart of the rides, he says.

Fegen has also become a park old-timer with 17 years of service. He's not afraid of heights, clearly. The selfies he scrolls through are of him from the highest point on the Anaconda where the horizons stretch in all directions to the furthest hems of the city.

"I feel like I've grown up in this park and it does make me feel good when I look around and see the rides that we've built over the years. I don't have a favourite ride — they're like my dogs, you don't have favourites. But with the park being closed it did feel like locking up the dogs at home when they want to go for a walk," he says.

I don't have a favourite ride — they're like my dogs, you don't have favourites. But with the park being closed it did feel like locking up the dogs at home when they want to go for a walk

He readies his big mechanical dogs for amped-up thrills, while over at a new kiddies' section of the park some mini-sized fun is getting into gear. A Ferris wheel fashioned like hot-air balloons is being hosed and wiped down. In Covid times everything is being sanitised too.

It's the new normal, says Unathi Katiya, who'll be the woman at the controls when the children take up their seats.

"The kids love the bumper cars best, but they come for everything," she says.

Katiya only started working in this new section in March so the hard lockdown was a blow with only a trickle of temporary employee relief income to sustain her and her family. It's been the same for the dozens of vendors and private contractors who are the backbone of the theme park. They are the ones selling twisty potatoes on sticks, candy floss and popcorn, and the people who run the fun fair games and retail kiosks.

At the Grab a Duck stand is Ntanto Sikhali, prepping floating yellow plastic ducks to be fished up in a net for a prize. Her rows of plush toy prizes make up the theme park's army of Pickachus, fluffy tigers and bulldogs in tartans and zebra stripes. They're all being dusted off and neatly rearranged in anticipation of heading home with lucky winners.

"It hasn't been nice to sit at home when you know you have to put bread on the table," she says.

But her spirits are high for the promise of the weekend, for what's to come once the pre-booked patrons make it through the turnstiles and Covid-19 protocol checkpoints.

She's even excited to share a few insiders' tips on how to win at some of the games. After all, she's watched hundreds of players (parents mostly, she says) burn through wads of tickets trying to beat the game, determined to take home a Pickachu. 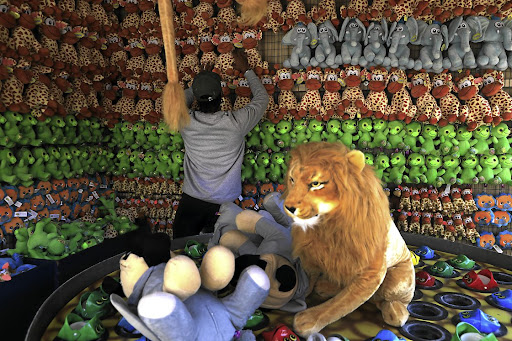 The point, though, is stepping up in anticipation of the shot, the possibility of a win, but really just being a ready player, just having some fun again.

Feron Somiah, marketing manager of the Gold Reef City theme park and casino, has missed the sounds of the Anaconda building up speed in clacking metallic tempo before whizzing through its green track of loop and bends.

"My office is across from the theme park and during lockdown I would notice how quiet it seemed, then realised it was because the Anaconda was not running," he says.

But a springtime of new hope has arrived, bookings have started again, new events are on the cards and tickets have been sold. The Ferris wheel, visible from the M1, will make its slow revolutions as Jozi traffic builds up. Distant shrieks in terror and thrills will reverberate from the park as the crowds return. And the Anaconda will awaken and she'll be ready — if you dare.

Once the city's most notorious address, Ponte City, is now a happy home to thousands with a heart-warming community centre and views for days
Lifestyle
2 years ago