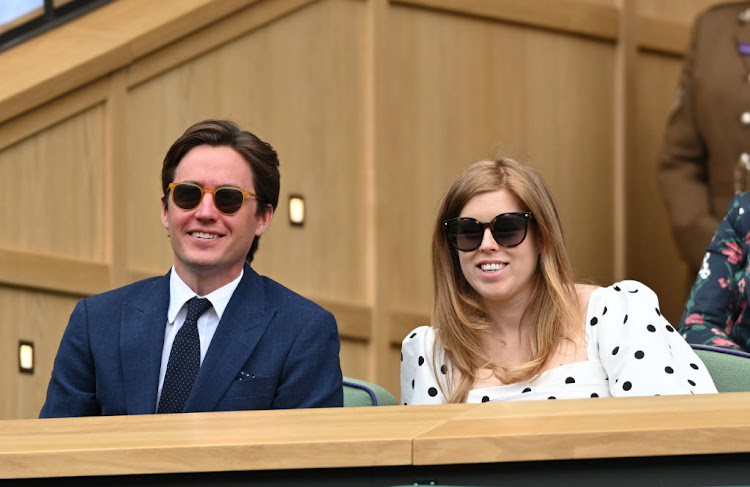 Princess Beatrice and her husband Edoardo Mapelli Mozzi have unveiled the name of their newborn daughter: Sienna Elizabeth Mapelli Mozzi.

Sienna was born at London's Chelsea and Westminster Hospital on September 18.

The proud father took to Instagram to announce the news and share a sweet tribute to his second-born. Mapelli Mozzi is already a father to Christopher Woolf, with his former partner Dara Huang.

“Sienna Elizabeth Mapelli Mozzi. Our life together has just begun, and I can’t wait to see all the amazing things that await us.

“Feeling so much love and gratitude for my amazing wife, baby Sienna and Wolfie. These are the days I never want to forget.

“This week, a friend said to me the sweetest saying ... that with every child you grow a whole new heart. A massive thank you to the midwife and the amazing team at the Chelsea and Westminster Hospital,” he said next to an adorable snap of Sienna's footprints.

The news was also confirmed by the royal family on their Twitter page on the same day.

“The couple have said, 'We are all doing well and Wolfie is the best big brother to Sienna'.”

While baby Sienna will be 11th in line to inherit the British throne, she will not have a royal title, according to Daily Mail.

She will, however, have a posh title, due to her father's status as an Italian count.

Queen Elizabeth's granddaughter, Princess Beatrice, and her husband, Edoardo Mapelli Mozzi, announced the birth of their first child together on ...
Lifestyle
10 months ago

Britain's Princess Beatrice and her husband, Edoardo Mapelli Mozzi, are expecting their first child together.
Lifestyle
1 year ago