In ‘King Richard’, Will Smith and cast portray family’s dreams of tennis glory 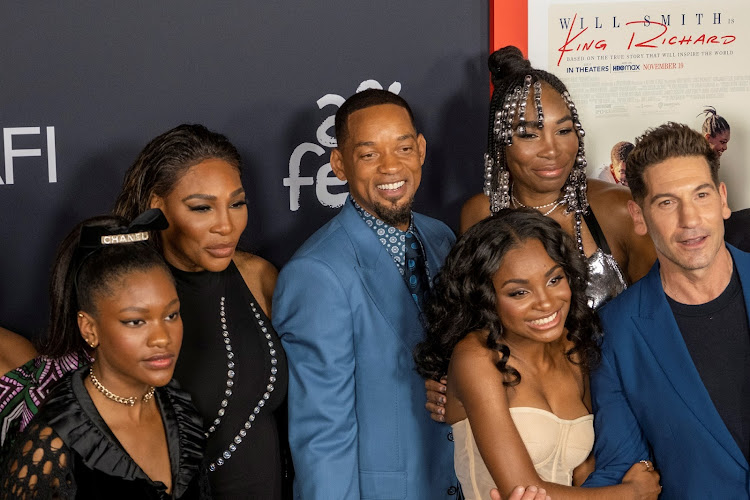 What happens when you have a dream that everyone around you doubts? Do you give up the dream or pursue it in the face of a naysaying world?

That is the heart of the improbable story of Richard Williams, who had a plan for his daughters to become world tennis champions and wrote a manifesto for their lives before they were born. Richard’s dream coalesced with the physical attributes of Venus and Serena Williams — a different dream, different children, and the manifestation may not have come about.

King Richard, directed by Reinaldo Marcus Green is the mesmerising tale of a father who knows he has something special in his daughters, if only the world would recognise that too and give them a break.

Richard Williams, Serena and Venus's father, planned his daughters’ path to greatness in a 78-page outline he wrote before they were even born
Lifestyle
2 weeks ago

Williams is portrayed by Will Smith, who delivers pathos, wisdom, inspiration and humorous patter with a deftness that makes him an early frontrunner for Best Actor.

Smith connected with the story of a father fiercely involved in expanding the vision of his children while keeping them on the straight and narrow.

Serena, one of tennis’s all-time greats and the longest ranked #1 female, winning 23 grand slams, was reflective: “The film is so emotional. It made me go: Are we really something?” As though understanding for the first time the impact her sister and her have had  on the history of sport.

Years earlier, Smith had witnessed Serena and Venus’s father interceding in an interview, on the latter’s behalf. “The look on Venus’ face when her father showed up for her, changed my parenting at that time,” notes Smith, a father himself, of Willow and Jaden. “She knew that she had a lion who wasn’t going to let anything happen to her. I fell in love with Richard Williams at that moment.

“When the opportunity arose to portray him, I wanted to show a father protecting a daughter,” said Smith. “When I take a role I’m taking it to explore something and learn. Portraying Richard, I could use my relationship with Willow and her career, to really find that space that Richard found with Venus and Serena.

"That was a new parenting idea for me — aligning with your children instead of directing your children. It was a different approach that was magical in the Williams family. The rules were set — faith was at the centre. But it was a collective journey. It wasn’t: You are going to do what I say because I’m right and I’m the adult.”

Smith chuckles, “Venus recounted that it was, ‘like they brainwashed us — our punishment was that if we misbehaved we weren’t allowed to play tennis.’ Richard found a beautiful mindset where he wasn’t pushing … he was following the dreams they’d chosen as a family.”

'King Richard' follows the life of coach Richard Williams who is devoted to his daughters becoming tennis champions.
TshisaLIVE
4 months ago

That moment inspired the former rap singer and husband of Jada Pinkett Smith (who along with Will, is one of the producers) to take the role. “I was trying to follow the same steps that Richard followed. He didn’t know anything about tennis. He and his wife, Oracene, taught themselves about the sport for two years before Venus was born. They learned the sport together as a family — every step of the way it was new.”

Smith maintains, “This isn’t a tennis movie, although the young actresses who portray Venus (Saniyya Sidney) and Serena (Demi Singleton) had to learn to play tennis like two of the greatest of all time. I know how daunting it was to play Muhammad Ali (referring to the role that earned him an Oscar nomination). Most fighters can’t move like he could.

"There are professional tennis players who can’t move like Venus and Serena, yet these two young girls learned how to. Saniyya, who’s left handed, had to learn those moves playing tennis right handed.”

Smith, sitting on a tennis court for the interview, bookended by the Williams sisters, ends our time by reiterating what’s at the heart of this film. It’s a factual story about the most famous tennis players in the world, but the film is a prequel to their fame. “King Richard is about family, belief and love that leads to triumph.”

• 'King Richard' is on circuit.

Actor and the sisters open up about the biopic in new episode of ‘Red Table Talk’.
Lifestyle
2 weeks ago

An autographed Serena Williams rookie card printed in 2003 has become the most expensive women's sports card after fetching $44,280 at auction last ...
Sport
1 month ago