Collection asks if it was worth it 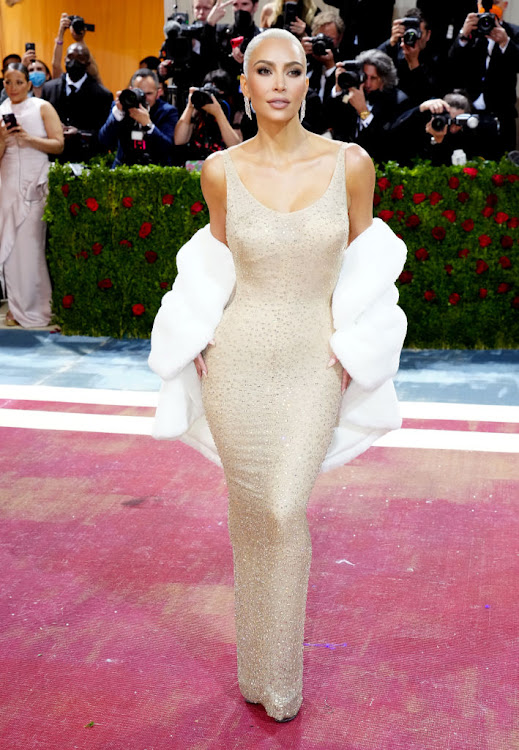 Controversy seems to follow US reality star Kim Kardashian these days. The star has come under fire again, this time reportedly for the damage caused to the Marilyn Monroe dress she wore to this year’s recent Met Gala.

Kardashian, her blonde hair in a tight bun, walked gingerly in the close-fitting dress as boyfriend and comedian Pete Davidson held her hand on the red carpet. The star of The Kardashians said she lost more than 7kg in three weeks so she could wear the iconic dress Monroe sported in 1962.

“It was such a challenge,” Kardashian said.

“It was like a role. I was determined to fit this.”

A month later, the SKIMS founder has come under fire for the damage done to the dress.

The star also faced backlash for wearing the outfit at the event.

On Monday, the Marilyn Monroe Collection shared images and videos showing the “damage” done to the dress, which includes missing and loose crystals.

In one video, the collection, run by Scott Fortner, dispelled claims that images shared made the damage look worse than it is.

A post shared by The Marilyn Monroe Collection (@marilynmonroecollection)

“To anyone who may be questioning the actual condition of Marilyn Monroe’s dress prior to being purchased by [Ripley’s], or implying that low quality photos of the dress were shared to somehow make the newly discovered damage to the dress seem worse than it actually is, this is a 4K video I took of the gown while it was on display at Julien’s Auctions in November 2016. Without question, the damage is significant.”

Users took to social media to slam Kardashian, questioning whether it was worth her wearing the artefact.

Neither Ripley’s Believe It Or Not, who own the dress, nor Kardashian have reacted to the outcry.

Kardashian lost 7.2kg to fit into  Monroe’s famous dress so she could parade the item for a full 10 minutes
Lifestyle
2 months ago

Move over, Marilyn, Kim’s got this, even though it weighed her down

Nicki Minaj, Chloe Bailey and the Kardashians - see who won at the red carpet event.
Lifestyle
2 months ago