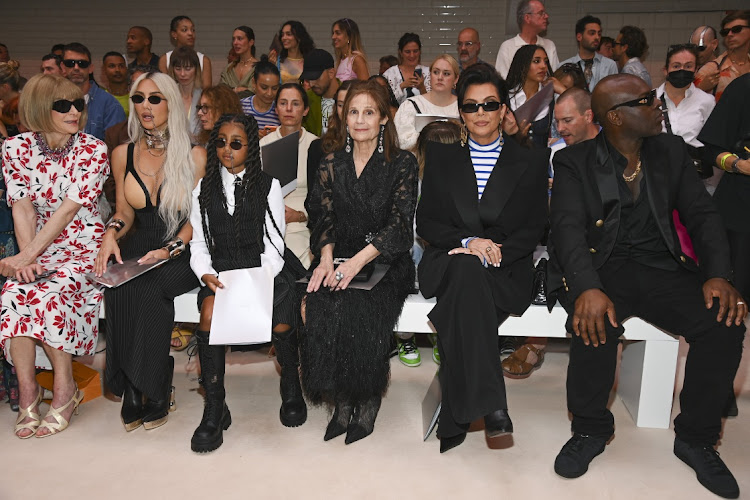 What a great week to love fashion! The couture runways left many inspired while a number of events have given a couple of head-turning looks.

As we get closer to another bout of awards and A-list red carpets, here's a look at how some of our favourite stars kitted out this past week.

While I certainly don't consent to a young child being thrown into the spotlight when she has been expressing her discomfort, it would be remiss to ignore that this week cemented North West as a bona fide style icon.

While her blue bomber jacket was her most heartfelt look sourced from the depths of her father's closet, it was her Jean Paul Gaultier combo that won hearts. Capturing the 90s with a steampunk twist, she went for a beret, round sunglasses and faux nose ring combo.

The look was held together by her pinstriped waistcoat and matching pleated skirt, expertly paired with a white collared shirt and chunky boots.

If there was ever a local DJ who knows how to slay behind the decks, it would have to be DBN Gogo. Her black jumpsuit look is a lesson in styling, opting to take it easy with a white and red detailed pair of Jays that she topped with a colourful set of pattern-blocked bracelets.

And what about eyewear — take a page out of DBN Gogo's book and match statement shades with the colour of your outfit.

There have been many photoshoots done with stars in all manner of outfits weaved from wigs, but it seems Kim Kardashian is taking the cake. For her shoot with Allure magazine, the social media queen rocked a hair body wrap made by hairstylist Chris Appleton. The sleek and bold look is certainly one for the ages and is arguably one of her most memorable moments in fashion.

Sure, she makes best dressed for her Allure cover spread, but that same style star quality couldn't rub off on her while in attendance at the Paris Couture Fashion Week shows.

Her ultimate fashion crime — other than another boot-legging outfit — was her underwhelming homage to Madonna. Her black gown was a call-back to one the Queen of Pop wore before — but rather than having her breasts exposed, Kardashian had hers covered. But the material didn't match her skin tone, giving the Skims founder a lazy appeal.

Her choker and nose ring were less expert styling choices and more clunky, making her look like her daughter's derivative. The botched steampunk influence falls flat on her chunky bracelet and boots that come off less original and more uninspired.

It might seem the rumours are true that Kim K lost her style the day Kanye West left their home.

Musical artists are renowned for their jaw-dropping stage outfits, while your average TEDx presenter will even rock up in some sort of inspiring semi-casual gear. So why is it that comedians, specifically the male ones, are always underwhelming?

Is it the need to portray a sense of relatability for those self-deprecating jokes, or just an untapped industry? Either way, let this look from Kevin Hart be the official reminder that we need to start putting pressure on these stars' on-stage looks.

Knowing his love for bold colours, it would have been nice to see Hart in a matching designer set, or opting for a muscle shirt with his leather pants — or a tight, long-sleeve tee paired with cool-toned accessories.

Thuli, Jessica and Billy Porter: best and worst dressed celebs of the week

From BET Awards to Durban July, see all the style winners and losers from this week.
Lifestyle
1 month ago

Here's a look at this week's red carpet tops and flops.
Lifestyle
1 month ago

Find out who scored a 10 and who makes everything they wear a zero.
Lifestyle
1 month ago