Is lockdown a death sentence for SA's independent restaurants?

This situation is grim but it's not final, writes Paulo Santo, managing director of the recently launched upmarket eatery Aurum in Sandton 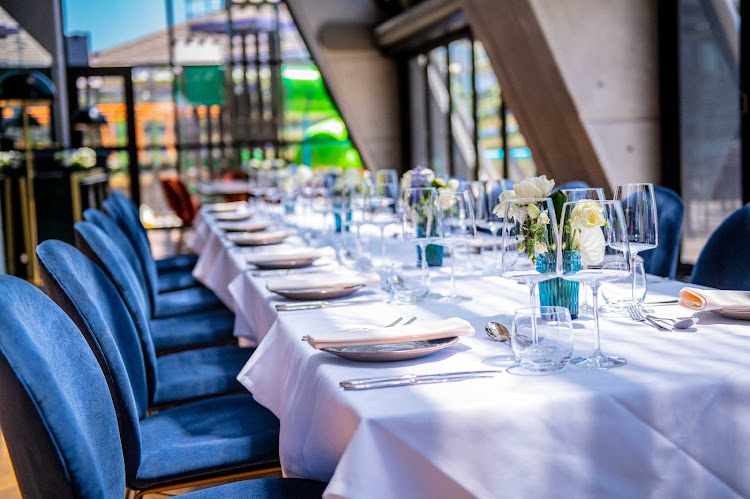 Since March 27, Aurum restaurant at The Leonardo in Sandton has been eerily quiet.
Image: Supplied

Our world is in a social recession: fear and uncertainty are the top trading commodities of the day.

For restaurant owners, chefs, cooks, waiters and the like, we stand by in self-isolation and pray to all deities necessary and applicable that the government's Covid-19 regulations are adhered to and that these 21 days of mandatory lockdown are not extended.

Given the panic, confusion and resistance on the streets so far, this seems entirely unlikely.

First China, then Europe, gave us a hurriedly scribbled playbook on how to react (or not) to the pandemic. Initially, the resilience of SA's restaurants shone bright: all manner of convenient meal solutions, high-end takeaway options and social media-inspired marketing campaigns were launched and hyped to keep the registers chiming.

We want you to stay home, but we NEED you to eat out, says restaurateur

The hospitality industry is one of the hardest hit by the coronavirus pandemic and it's forcing restaurateurs to make tough decisions, writes Steve ...
Lifestyle
1 year ago

Panic buying of essentials, fake news and misguided unofficial public commentary was rampant. This led us to a grim reality as a sector: empty restaurant seats and bar stools.

As travel plans were withdrawn and reservations cancelled, the impending reality of an unforeseen business risk came crashing down on the hospitality industry like an unprecedented tsunami, wave after wave of instantaneous doom.

“What next?” we asked. Well, not much, we’re told. Exchange rate up, exchange markets down, floodgates open and restaurant doors shut as SA entered a 21-day lockdown.

Since March 27, Aurum's grills no longer burn. Ovens, relied on for hours of daily productivity, are turned off. The docket printer, ever the nemesis of an a la carte kitchen, sits eerily still. Not a patron to speak of, not an order in sight

In an economy that already deals with an expanded unemployment figure of 38.5%*, equating to just under 7.9-million people of working age, this is the very last thing we needed.

Globally, close to 50% of small businesses that have been forced into a lockdown will not see the light of day again.

Globally, close to 50% of small businesses that have been forced into a lockdown will not see the light of day again.

Seldom do small, medium and micro enterprises (SMMEs) have much beyond 22-28 days of cash in reserve, and for independent restaurants that juggle the daily metrics of payroll, food and beverage costs, maintenance, taxes, rent, utilities, marketing and PR retainers, bank fees and so forth, this pandemic now spells a death sentence.

At the time of writing this, there is no significant relief fund for the hospitality sector.

The UIF will offer support, but red tape and bureaucracy will lead to significant delays and crippling rates of pay. The ball sits firmly in our own court.

“This too will pass,” they say. Well, "they" don’t own or run restaurants, do they?

Our industry will see key players keel over. A workforce will be relegated to the sidelines as retrenchments and liquidations become the norm. Our farmers, artisan producers, wholesalers and manufacturers have lost traction and as creditors will suffer significant losses due to non-payment and bad debt.

It is grim, it's messy, it’s depressing - but it's not final.

Restaurateurs are made of the right stuff: resilient, hard-working, hospitable and employee-centric. We understand that it's not a few dozen employees we support, it’s a few dozen families that rely on our operation for survival.

We feed not only the privileged but our relevant communities at large. We have the responsibility to nourish our neighbourhoods, to inspire creativity and healthy competition among our peers. Most importantly, we toe the line for an industry that touches every single life in the country.

Food is not a convenience, it’s a life source.

To restart, rebuild and revive our restaurants, we will need every ounce of support and advice we can get. It will take time, and we will need to be more creative than ever before. But our labour of love will continue, and our cooks will cook better than ever before. Not out of necessity, but because we’ve now seen the other side - and it’s a place we’d prefer to never visit again.

As many South Africans rush to stock up on groceries and essentials ahead of Thursday's midnight lockdown, Pick n Pay has found a novel way to try to ...
Lifestyle
1 year ago

As lockdown looms and South Africans stock their pantries like doomsday preppers, some of us were secretly hoping we'd still be able to get food ...
Lifestyle
1 year ago