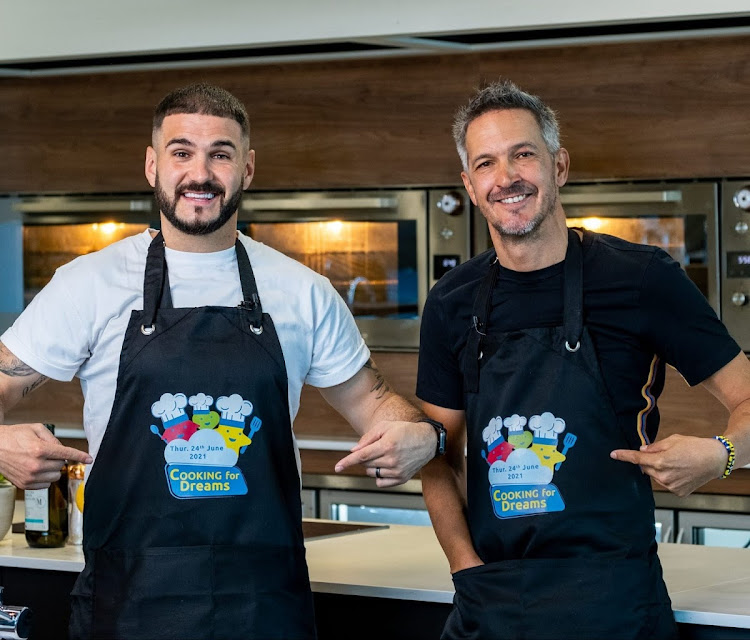 The tension was palpable as I prepared to cook an Easy Peasy Pea Curry on Thursday. My computer screen came alive as I joined masses of other cooks from around the country on Zoom. All of us were champing at the bit to get started on the recipe as we waited on the countdown from My Kitchen Rules SA judges David Higgs and J’Something.

We’d all signed up to help the celeb chefs attempt to break the Guinness World Record for the most people cooking simultaneously online in aid of Reach for a Dream, a charity which raises funds for children fighting life-threatening illnesses.

The partners in this mass cook-along were Woolworths, DHL, Discovery Vitality and the Discovery Healthy Food Studio in Sandton, Joburg, from where Higgs and J’Something were hosting the proceedings.

The inimitable duo kept the vibe fun and energetic as we all tackled the pea curry ingredients in the special Cooking for Dreams meal kits we’d ordered online before the event.

They included split green peas, onions and garlic and to spice the dish up chilli, garam masala and curry powder. The alluring aromas of the curry were mouth-watering as we collectively stirred our way to victory with more than 2,000 cooks joining in this venture.

'My Kitchen Rules SA' judges David Higgs and J'Something are hoping to make history while raising a fortune for charity by hosting a mass virtual ...
Lifestyle
1 year ago

The target to beat was the world record held by Raheel Mirza of Masterchef UK fame, who organised a mass cook-along in February that saw 532 people cooking a butter chicken curry online simultaneously.

An elated Julia Sotirianakos, CEO of Reach for a Dream, said that an adjudicator of the Guinness World Records confirmed that the previous record had been beaten. She added that the official results, which would clarify the exact number of cooks who had taken part, would be available in 4-6 weeks.

In terms of the money raised, Sotirianakos said that more than 2,200 Cooking for Dreams meal kits had been sold at R350 each with the proceeds going to the charity.

Higgs was equally chuffed with the outcome. “A lot needs to sink in, but it was a very special day,” the acclaimed chef said.

“It was an absolute highlight to see how many people got involved in this initiative and how much money we managed to raise. Obviously the cherry on top was to get the Guinness World Record.

“Reach for a Dream is an incredible cause, and sometimes we think we are going through hard times — especially during this pandemic — but imagine what it’s like for young children with life-threatening diseases.”

Where to get a taste of the American South in SA

If you're hungry to travel to New Orleans because of its culinary scene, you’ll want to check out these local food offerings
Lifestyle
1 year ago