Holotropic breathwork: Can you pant your way to inner peace?

We give this therapeutic fast-paced breathing technique a try 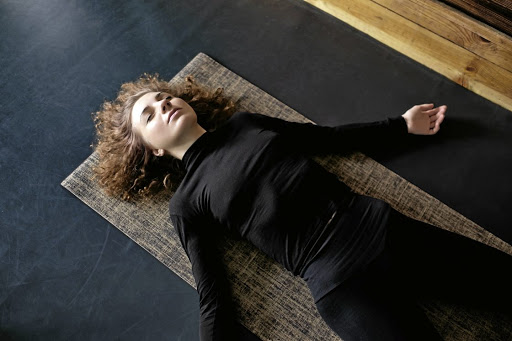 Breath is the essence of being. It's the link between the outside world and your lungs, which have the job of pumping life into your body. It's no wonder one's breath is the focus of practices like meditation, relaxation and healing exercises such as holotropic breathwork.

Breathwork is a therapy that uses a specific kind of breathing to reach an altered state of awareness by allowing the conscious and subconscious to connect. The word holotropic, from the Greek words holos and trepein, translates into "moving towards wholeness".

Rooted in Shamanism, the practice was popularised by Stanislav Grof, a Czech-born psychiatrist who has researched non-ordinary states of consciousness. Today he's based in the US, where he's a professor of psychology at the California Institute of Integral Studies in the department of philosophy, cosmology and consciousness.

The process is natural and doesn't require any psychoactive substances.

It only requires fast, deep breathing while you are lying on a mat or mattress, eyes closed, and music playing — think drum beats and chanting, nothing with words that can distract.

While a peaceful session of yoga and meditation may help relieve stress and tension, some South Africans have taken a more active route — blowing off ...
News
1 month ago

By pushing aside your conscious mind and allowing the subconscious to surface, bringing to the fore suppressed emotions or experiences, it allows for a natural healing process to occur.

South African breathwork practitioner Jeanette Marketos says: "Breath is life. And breath, through breathwork, is a path to undoing restrictive patterns, to living a fuller and more meaningful life, to reclaiming an authentic way of being."

Drawn to the power of breath and sound as a pure technique to access the subconscious, Marketos applied to the holotropic breathwork course at the Grof Institute in the US, where she was accepted in 1992 and trained with Grof and his wife, Christina Grof. After three years of training, requiring four trips to the US, she received her certification in 1995.

Breath is life. And breath, through breathwork, is a path to undoing restrictive patterns, to living a fuller and more meaningful life, to reclaiming an authentic way of being

Today Marketos spends her time between SA and Mozambique, where she runs breathwork sessions. When home, she offers workshops from her practice in Mountain View, Johannesburg.

Before I met with Marketos for a session, she sent me some information outlining what I should expect and the principles behind the practice. I was advised to dress comfortably, to not eat before the session and to set aside three hours.

Breathwork is usually run in group sessions with sitters - the role she assumes as the person facilitating - and breathers, but can be done on a one-on-one basis.

Not knowing what to expect, and feeling slightly nervous (in a curious way), I began to focus on my breathing. At first it felt forced and slightly laboured. It's not a natural breathing pattern, but requires fast, deep breaths through the nose and quick exhales through the mouth. After a while, though, I started thinking about it less and allowed the breath to take over — as Marketos instructed.

Some people report a tingling sensation in their body. After a while I became chilly from lying motionless and was grateful for the blanket placed over my feet.

The best way I can explain the experience is to liken it to the spaced-out moment just before sleep — you feel like you're floating, on the brink of consciousness, drifting into dreamland.

During the process I felt an overwhelming sense of gratitude. I've been feeling positive lately — for the past three years I've made changes in my life that have paid off. The session made me feel thankful for that, as though my gratitude and contentment were amplified.

Holotropic breathwork is often complemented by creative expression and after our breathing session I was given crayons and a paper to draw how I'd felt. I drew a mandala-like pattern of bright orange colours.

According to Marketos, it can require a few sessions for the therapeutic affects to manifest — each session is different.

She considers it a useful tool for unpacking past traumas and says the sessions can sometimes run over the three-hour mark, and at times can elicit crying or laughter.

I can't claim to have come to a particularly enlightened realisation - or to have reached an emotional breakthrough - but I can say that, at the end of our session, I felt relaxed, lighter - and happy. And in the state of the world today, I want to embrace moments like these.

Anxiety, depression and stress have soared since Covid-19 entered our lives, but music therapy may help soothe your blues away, a research team from ...
Lifestyle
1 month ago

Are you suffering from coronasomnia? An expert explains how Covid-19 can mess with your sleep

It could also have something to do with working from home.
Lifestyle
3 months ago

Catch on to the mental health benefits of fly-fishing

Medical professor, Herbert Benson, says that fly-fishing is the perfect antidote to the stress of our modern lives.
Lifestyle
7 months ago
Next Article